Any disease or dysfunction of the airways and lungs that affects human respiration is a respiratory illness. The nasal cavities, the pharynx or throat, the larynx, the trachea or windpipe, the bronchi and bronchioles, the lungs’ tissues, and the chest cage’s respiratory muscles are affected by diseases of the respiratory system.

The two main types of respiratory diseases and disorders are infectious and chronic. The most common causes of lung infections are bacterial and viral infections. A pathogen replicates inside a cell in the viral variety and produces illness, such as the flu.

Asthma and other chronic diseases are persistent and long-lasting. They can relapse, and the patient may go into remission only to have symptoms again later. For sufferers, routine spirometry is imperative, to test the patient’s lung function. Spirometry can perform in doctors’ offices and hospitals, or some companies like start-up Airflowy are introducing at-home spirometry machines that connect to mobile devices.

COPD a chronic respiratory disease caused by long-term exposure to irritants and toxins that damage the lungs. Cigarette smoke and other breathed-in contaminants are examples of these chemicals. Emphysema and Chronic bronchitis are two main kinds of COPD.

Inflammation airways constrict and produce copious mucus in chronic bronchitis, making breathing difficult. The alveoli in the lungs destroy by emphysema. This obstructs oxygen absorption, causing shortness of breath in the patient.

Asthma is a chronic lung disease marked by inflammation and swelling of the airway walls. It can trigger by inhaling particles from the air. Physical exertion or lung diseases may also have a role in the cause of respiratory illness. During inhalation during an asthma episode, the inflamed airways become irritated.

Bronchoconstriction (constriction of the bronchiole tubes) and increased mucus production occur when smooth muscles in the airway wall tighten. Narrowed, obstructed airways restrict normal airflow into and out of the lungs. During an asthma episode, sufferers wheeze, cough, and have difficulty breathing.

Around the nasal cavities, the paranasal sinuses are hollow, air-filled pockets in the skull bones. The sinuses are lined with mucous membranes. Mucus is produced, which generally drains into the nasal canals.

Allergens in the air, as well as viral or bacterial infections, can cause mucous membrane inflammation. The inflammation closes the nasal openings, making it impossible for the mucus to drain. Sinusitis is a prevalent respiratory illness that affects many people.

Influenza, also known as “the flu,” is an infectious respiratory disease that spreads through the air from one person to the next. The flu virus enters the respiratory system after being breathed and penetrates epithelial cells that line the airways.

As the virus replicates, it destroys host cells and enters the bloodstream, spreading infection. High temperature, chills, and muscle pains are all symptoms of the body’s immunological reaction.

Usually, the thoracic cage, often known as the rib cage, protects the lungs. However, a puncture or rupture in lung tissue can occur as a result of chest trauma. The tear allows air to escape and accumulate between the lung and the chest wall.

The exterior of the lung collapses as a result of the air pressure. Pneumothorax is (a disease of respiratory) medical term for a full lung collapse. 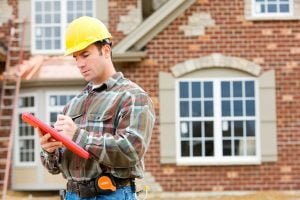