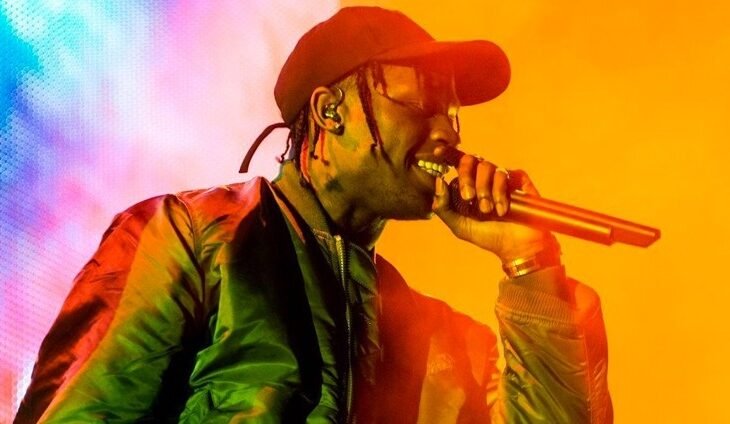 Every hip-hop head loves to debate who is the Greatest Rapper of All Time. Focusing on the most coveted distinction in rap, this discussion is a loaded one, with those worthy of GOAT status often measured by influence, lyricism, and flow. The problem with these factors is that they’re subjective: sure, it only takes a casual hip-hop fan to understand that, in terms of mic-skills, Biggie is superior to Kanye, and, when it comes to impact, Tupac is head-and-shoulders above Drake, but when ranking the top-tier MCs in the running for the GOAT title Buzztum i.e. Rakim, Nas, Biggie, Tupac, Jay-Z, Eminem, and Kendrick — the debate becomes unanswerable; though this is that which makes it endlessly entertaining, a part of me wishes we could reach an objective ranking by way of subjective measurements.

For a moment, let’s consider how the sport of basketball debates its GOAT: championships, MVPs, and Finals MVPs. In other words, numbers. As such, ranking the five-best players in NBA history is rarely much of a debate; MJ is the GOAT and LeBron is right behind, while the three remaining spots are reserved for a collection of five guys: Russell, Wilt, Kareem, Magic, and Bird.

If we were ranking the best calendar years a rapper has ever had, it’d be fair to argue that Diddy’s 1997 tops the list. I know what you’re thinking: No Way Out was Diddy’s debut album only technically, because, really, it was a Bad Boy compilation project that saw the headliner (Puffy) outshined by the label’s stable of superstars (Biggie, Ma$e, and The LOX). Still, there’s no denying that Puff Daddy had a massively successful 1997, as the album produced two chart-topping singles (“Can’t Nobody Hold Me Down” and “I’ll Be Missing You”), along with two more tracks that peaked at №2 on the Billboard Hot 100 (“It’s All About the Benjamins” and “Been Around the World”); and if you throw in Biggie’s №1 hit, “Mo Money Mo Problems,” Diddy spent 22 out of 25 consecutive weeks (from March 22 to September 6) atop the Billboard Hot 100.

Tupac makes this list largely due to the chart-topping success of his most memorable project, 1996’s All Eyez On Me. By the time he got to Death Row, while he’d already experienced commercial popularity with his most recent album — 1995’s Me Against the World, which debuted at №1 and gave him his first platinum-selling single, “Dear Mama” — 2 Pac hadn’t come close to scratching the surface of his potential as a mainstream superstar. That all came to pass immediately after Suge Knight bailed the controversial rapper out of jail at the end of 1995; the following summer, with All Eyez On Me already certified platinum, ‘Pac hit number-one on the Billboard Hot 100 with “California Love,” before unseating himself with the follow-up hit, “How Do You Want It.”

Lil Wayne’s ascent into pop music, and the mainstream success that comes with it, was slow, so much so that, over the first five years of his post-Hot Boyz, solo career, there were no signs that he would ever reach the heights of the commercial giant he’s become. After his first three albums underwhelmed, Wayne started to make noise with the first two efforst from Tha Carter series, before his transcendent mixtape run (from 2006 to 2007) left the world anticipating his forthcoming, 2008 album, Tha Carter III. Its release was a moment, to say the least.

Finally, Wayne was King; not just of the underground, the mixtape circuits, or the mind of your rapper’s favorite rapper, but of the genre, if not the entire pop music landscape. Carter III debuted number-one and became the first album — in all of music — to sell over one million copies since 50 Cent’s The Massacre, released three years earlier.

If you asked any casual hip-hop fan to list the five-most successful rapper of the 2000s, I’d expect them to circle back to the following group: Jay-Z, Eminem, Kanye, Lil Wayne, Nelly, and 50 Cent. Let’s throw T.I., and Young Jeezy in there for good measure. Point being, Ludacris wouldn’t be thought of, let alone mentioned. Should he be? Well, let’s look at where Luda ranks amongst that group in our four categories: 6th (album sales), 4th (№1 albums), 5th (№1 hits), and 5th (№1 rap songs). In that regard, I suppose not.

It’s a great time to be a Kid Cudi Merch fan right now. Not only has he announced his most highly anticipated project to date, Man On The Moon III, but he’s taken up several acting roles as Scott Mescudi, all just this year.

If you’re anything like me, in light of this news, you’ve been running through all of your favorite Kid Cudi tracks in anticipation for the forthcoming final chapter of the Man On The Moon trilogy. The memories that these songs bring back are easily some of the fondest of my teenage years, and to finally get closure with the MotM III coming—after ten long years—is enough reason to dive into a full-on nostalgia bender.

Kanye may not have a single calendar year that rivals the aforementioned MCs, but what he has had is a consistent presence on the charts. In nine consecutive years, from 2004 to 2012, Kanye had at least one song that charted atop either the Billboard Hot 100, Billboard Hot Rap Songs, or Billboard Top R&B/Hip-Hop Songs chart, including a three-year run (2007–09) in which he posted seven №1 singles. Further, he makes his case as a commercial giant with eight №1 albums and 16.3 million albums sold, which cement him as the №1 rapper of his era in both categories. More than anything, though, when it comes to full bodies of work, Kanye is unrivaled amongst his peers.

Nelly is the tragic hip-hop figure of the 2000s, largely because his apex coincided with the peaks of two of the greatest rapper to ever do it (Jay-Z and Eminem), along with the fact that the niche he created — that of the chart-topping crossover star — was erased by 50 Cent, whose subsequent rise is remembered more fondly. For those of us who were there for it, though, Nelly mattered;

he was the genre’s biggest rapper-turned-pop-star a decade before Drake was credited with making it a thing, a crossover star who blurred the lines of hip-hop, pop, R&B, and, yes, country, in a way we hadn’t seen before and still haven’t seen since. Nelly’s dominance culminated in the summer of 2002, with the release of his second album, Nellyville. With its first three singles, Nelly practically created the blueprint for impeccable chart success: release one for the club (“Hot N Herre”), one for the ladies (“Dilemma”), and one for the streets (“Air Force Ones”); he wouldn’t have to wait even a year to see his influence take root, as 50 crafted his first three singles, “In Da Club,” “21 Questions,” and “P.I.M.P,” accordingly.

On his 2013 loosie, “5 AM in Toronto,” Drake famously rapped, “Most number-ones ever, how long did it really take me?” Well, not long. By early 2012, he already set the record for most number-ones on Billboard’s Hot Rap Songs chart (11) and the Top R&B/Hip-Hop Songs chart (10). In the six years since, he’s made a mockery of his own records, notching his 20th and 19th №1s, respectively, this year, giving him a grand total of 26 songs that have topped at least one of the charts.

If his career-defining summer has proven anything, though, it’s that Drake’s rap peers are no longer who he’s chasing: last month, with four new top 10 singles to his credit, Drake leapfrogged Stevie Wonder and Michael Jackson to become the man with the most top 10 singles under his own name (31); and, when it comes to all artists, he only trails The Beatles (34) and Madonna (38).

In an alternate universe, producer “The 45 King” doesn’t flip the Annie sample, Jay-Z releases his third consecutive flop and never catapults into the mainstream, cementing his legacy as a what-could-have-been star. Thankfully, the opposite happened: Jay-Z turned the Annie-backed “Hard Knock Life” into the biggest hit of his career, helping make his subsequent album, Vol. 2…Hard Knock Life, the first of his career to debut at №1 on the Billboard 200, selling over 350,000 copies in its first week. Naturally, from there, Jigga became the guy who hasn’t wasted a moment to remind us that he’s dropped eleven consecutive number one albums, and is only looking up at The Beatles when it comes to the artists with the most number one albums ever.

Not even Eminem ignored the role that whiteness played in his ability to sell records, rapping, “If I was black, I would’ve sold half,” on “White America,” the tone-setter off his third album, 2002’s The Eminem Show. At the time, though, you would have been hard-pressed to find anyone — even the most cynical members of the anti-Eminem camp — who actually believed this; by then, he’d already leapfrogged his hip-hop peers to battle the likes of pop music’s finest when it came to sales and chart position. Now, keep in mind, this shouldn’t have been possible: Eminem’s peak coincided with the boy band revolution, an era when the Backstreet Boys, *NSYNC, and Britney Spears sold over a million copies in one week. Granted, this hardly mattered for the Marshall Mathers Machine. 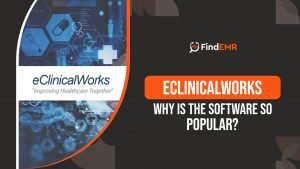 Previous post Eclinicalworks; Why Is the Software So Popular 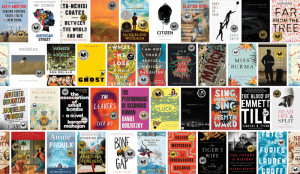 Next post Five Ways to Make Sure a Beautiful Book Cover