Breast Cancer was and has been on the rise. Although a lot do to inform the masses more and more about breast cancer. There still seems that people still lack the knowledge to identify and diagnose breast cancer on time.

In America, breast cancer is one of the leading cancer diagnoses in women. A study by the American Cancer Society reports that one out of every 8 women will develop breast cancer in their lifetime.

This makes us be on our toes and on the lookout for any possible indication of having breast cancer so that it tackles before it spreads to other parts or areas of the body.

There are several methods for detecting breast cancer and among them is a Mammogram which is known as breast screening as well.

A mammogram is a special x-ray imaging tool that can detect abnormal masses in the breasts such as cysts, tumors, or calcium deposits.

A 2D mammogram which is also known as conventional digital mammography uses low-dose x-rays to take images of the breast from the front and side. The shots are then stitched together to provide a single image of each breast, though there may be some overlap in between images. Your doctor then uses these images or the final image to ascertain whether there is an indication of breast cancer or not.

How does 2D Mammogram work? Well, A technologist positions one of the patient’s breasts on a dedicated platform in the 2D mammography machine before imaging. The breast then gently press down on a clear plastic plate. When taking the 2D x-ray images, the plates continue to apply pressure. The technologist then repeats the same process for the other breast, capturing both front and side images.

3D mammography, which is also known as Digital Breast Tomosynthesis, takes many x-ray pictures from various angles around the breast in a continuous arc, as opposed to a 2D mammography test. The photographs are then compiled into detailed 3D images of each breast using a computer imaging tool. One little slice at a time, each layer of breast tissue is imaged in three dimensions. Radiologists can examine the various layers for microscopic abnormalities that may suggest the presence of cancer.

While reading the definitions of the two, you’d already got an insight into the differences between the two. A 3D mammogram is a better one in the shape of its final product. The doctor gets a 3D image which enables him or her to better diagnose the lump or any other growth for cancer or any other disease.
But, the definition is not the only thing that differs here.

Even though, from a perspective of the definition, you can sense that the 3D mammogram is better but you should still have more knowledge and information about the different aspects of the two mammograms so that whenever you’re going for one, you know what you’re expecting. Here we go-

Differences between 2D and 3D Mammogram in Singapore-

The radiologist can see the breast tissue and its structure more clearly with a 3D mammography. It has the ability to put minute details into sharper focus and reveal small structures. Since the tissue is more apparent, radiologists can often find problems that a 2D mammography might have missed.

A 3D mammography also reduces the chances of a radiologist misinterpreting a noncancerous tissue as cancerous, leading to a false positive. This improved accuracy over the 2D mammography makes the women avoid unneeded follow-up checkups or imaging. The women summon back to the clinic or hospital for more targeted imaging that they don’t actually require and relieve stress for misdiagnosed patients.

A 3D mammography is good for dense, highly glandular breast tissue because it can capture the hidden aspects of the dense tissue that a standard 2D mammogram could miss. It allows radiologists to examine tissue layer by layer, making it easier to differentiate between glandular and cancerous formations.

If screening mammography reveals an irregularity, a diagnostic mammogram is usually the next step. Diagnostic mammograms are more thorough and take longer. With the technologist taking more x-ray photos and zooming in on specific regions of interest as needed.

Cost of Mammogram in Singapore-

After the subsidy, mammogram screening Singapore cost ranges from $50- $250 for Singapore citizens. $75 – $300 for Permanent Residents (PRs).

Mammography may appear to detect a breast irregularity, but subsequent testing reveals that it is not cancer. False alarms can be upsetting for patients since they need them to return for a second examination. The call-back rate for women who undergo 3D mammograms is much lower than for those who obtain 2D mammograms, owing to the crisper images.

We pray that no one gets breast cancer but even if, God forbid, anyone among contracts one. Please head out to your doctor as soon as possible.

It is also highly possible that after the preliminary physical examinations, your doctor might advise you to get a mammogram. Depending on where you live or your country, the price/cost of mammogram testing may vary and so you’ve to keep in mind the cost factor of it as well.

From the information above, it is quite evident that 3D mammograms are the best and they are the ones that a possible patient to go for but at the same time you should also listen to your Doctor’s advice and if he or she insist on getting either a 2D or 3D mammogram, you should go for that one.

In either case, after you’re reading the content, I’m sure you’ll have a lot of idea of what the respective mammograms do. Do get your yearly check-up done regardless of the cost of mammogram in Singapore

I hope you stay safe, stay well and stay healthy.
Thank you for reading. 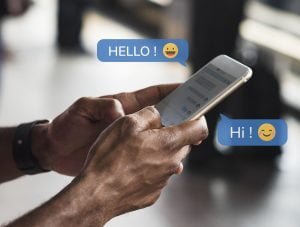 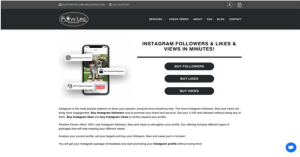