A comparison between the early years of UFC and the modern-day iteration of the promotion is like night and day. Originally more of a sideshow, with no weight classes and little to no rules, the brand started to fade slightly in the late 90s. Their fortunes began to change slowly however after being purchased by the American sports promotion Zuffa in 2001. Through TV deals, it’s reality show ‘The Ultimate Fighter’ and the signing of huge crossover star Brock Lesnar, the UFC’s popularity finally started to grow into the mainstream and by 2006, they had firmly established themselves as the biggest MMA promotion in the world.

Fastforward to 2022 and the UFC has outlived and even swallowed major promotions such as Pride, WEC and Strikeforce, unifying weight divisions in the process. They now have huge brand and TV deals with BT Sport, ESPN, Reebok and Monster and have even outsold some of the biggest boxing events of the last 10 years on PPV.

The UFC has now become big business for sports betting as well with an array of expansive markets. UFC spreads are one of the most popular markets to wager on amongst fans with the promotion now putting out more events than ever.

It is no surprise then that some top UFC fighters now earn millions of dollars through fighting. However, even with all of the money Dana White and Zuffa have brought into the UFC, many fighters are still on pennies compare to their boxing counterparts with fighter pay still the subject of plenty of controversy in the promotion. Let’s compare the net worth of UFC fighters and boxers, for better and worse.

There is a reason Floyd is called ‘Money’. Although winding down his professional boxing career, having most recently fought in an exhibition match against YouTuber Logan Paul, the 45-year-old is still the highest paid combat athlete in the world. His total career earnings top $1bn making him the richest boxer of all time. Although having very few endorsement deals, Floyd is such an attraction in the sport that his fights can draw eye-watering amounts. His biggest paycheck came in a fight with our next entrant on the list, where he earnt himself $300m.

Make no mistake about it ­­— like it or not Conor McGregor is the biggest star in the history of MMA. Incredibly, ‘The Notorious’ has headlined 4 of the top 5 selling UFC PPVs of all time, with his infamous bout against rival Khabib Nurmagomedov shifting a record 2.4m. In fact, the only combat athlete to have beaten that record is Floyd Mayweather himself, selling 4.6m and 2.48m for his fights against Oscar De La Hoya and Manny Pacquiao respectively. It was perhaps fated then that the two biggest fighters of all time would eventually meet in the ring and in 2017 their historic fight sold 4.3m PPV buys and netted the Irishman around $100m.

Anthony Joshua broke onto the scene at the London 2012 Olympics where he won gold for Team GB. The Brit went from strength to strength after that and he became a unified world heavyweight champion, having held the WBA (Super), IBF and WBO titles between 2016 and 2019. His first gigantic payday came against Joseph Parker in 2018 at the Principality Stadium in Cardiff, earning himself £18m. He has since earned tens of millions for his fights against Oleksandr Usyk and Andy Ruiz.

Tyson Fury had one of the greatest comebacks in sporting history when he returned to action after a near 3-year layoff since shocking the world to beat Wladimir Klitschko to win WBA (Super), IBF, WBO, IBO, and The Ring heavyweight titles. The Brit battled depression and obesity, proclaiming to have come back from the brink of death to once again rise up the heavyweight ranks to beat Deontay Wilder in a thrilling trilogy culminating with an incredible knockout win over the American in October 2021. For that fight he made $28m before cashing the biggest cheque of his career in his most recent fight against fellow Brit Dillian Whyte, earning a reported $34m.

Megastars like McGregor and Nurmagomedov aside, the disparity in pay between UFC fighters and boxers is night and day. Francis Ngannou, the current UFC heavyweight champion, fought Cyril Gane at UFC 270 in January 2022, selling a reported 300,000 PPV buys and making the UFC $22.5m before advertisements. However, Ngannou earned a measly $600k with no win bonus for the fight despite being arguably the biggest star in the division. To put that into perspective, in that same month heavyweight boxers Charles Martin and Luis Ortiz faced off in a PPV that flopped with just 25,000 buys reported. Despite that number, each fighter still made $750,000 and $1.5m respectively.

For years UFC fighter pay has been disproportionate to their star power unless they are crossover starts like McGregor. The money in boxing is eye-wateringly greater and it is no surprise that the likes of Ngannou, Kamaru Usman and Nate Diaz have all been rum to do as McGregor did and dip their toe into the Sweet Science. 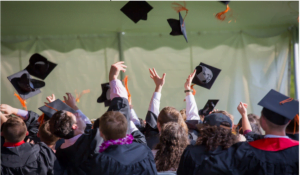 Argentine local judiciary attacked by ransomware: all IT systems shut down and forced to work with paper and pencil

NYPD Rant is an Online Community for New Yorkers

How to Watch Live Streaming Football on PC or Mobile?