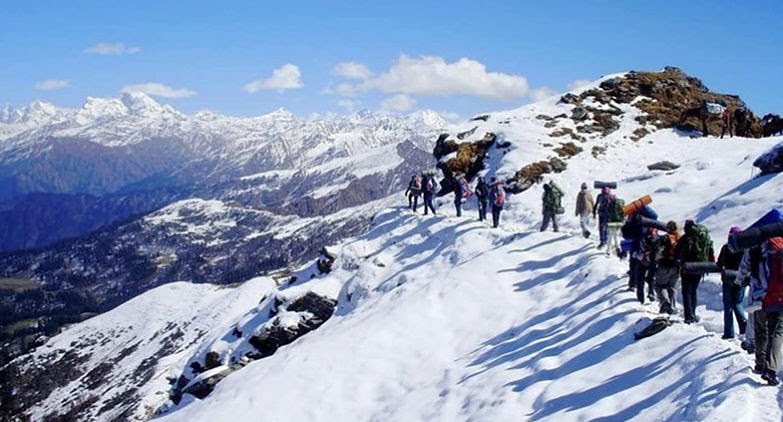 In India, trekking is a good activity to be part of if you want to be closer and part of nature. India provides a lot of diversities geographically with a lot of varieties in atmosphere, weather conditions, and other situations. The snowy ranges, lush green lands, temples, waterfalls, monasteries, caves, forests, wildlife, and many other scenic conditions and locations are a part individually or collectively of the treks in India. The great Himalayan range is the trail where the most famous and most and must-visit treks in India exist.

Measured between the rudugaira and bhilangana valley there comes this high-altitude mountain pass namely Auden’s col. Being the adhesive between the ridges from Gangotri iii and join I, Auden’s col is one of the toughest treks in the country. Located in the greater Himalayas and attached to the chatting glacier, it is one of the thrilling most treks which guides one from one Hindu holy place to another, Gangotri to Kedarnath.

One of the highest passes in the Himalayan range, Bangla pass starting from Himachal enters the trans-Himalayas in Ladakh. As Kayla pass connects Zanskar from Lahaul, it was undertaken by the Lahaul is. Kangla pass is one of the most explored treks by trekkers from India and also across the globe. Glacial lakes, lush green grasslands, murmuring waterfalls, tall thick woods, snowy layers, and the flora and fauna is all the collective appearance and attraction in the kanga pass.

One of the easiest treks in the country and an accessible one for all age groups, Kedar Kantha is definitely one of the most beautiful treks found in the Uttarkashi district of Uttarakhand. The reason for being on the list is the end result of the trek of Kedar Kantha, a very pleasing, eye-catching, and worthy one with all the joy of conquering it. Most get confused by the holy place Kedarnath with the Kedar Kantha trek, which is actually at a distance of 16 km. Relishing the scenic, divine, and adventurous pleasures, Kedar Kantha is always a trek on the wishlist of the trekkers.

Named after its arms on both sides, the pin Parvati pass trek is the body for the pin valley on the spiti side and Parvati valley on the Kullu side. The route covering almost 110 km, is said to be the find in the form of the alternate route for Spiti valley. One of the most difficult treks in India, the pin Parvati trek fills a trekker’s journey with thrill and a much-required push throughout the trek to tackle big boulder rocks, glaciers, and its high altitude throughout the journey.

Rupin pass is a mountain range for hiking and trekking that starts from the village of Dhaula in the Uttarkashi district in Uttarakhand and carries aways to the Sangla village in the state of Himachal Pradesh. It is one of those treks that starts from one state and ends in another and considers itself part of both the states. It blesses one roping through with the alluring circumnavigations of the Kailash Kinnaur range. Rupin pass is one of the challenging treks that also provides a beautiful package altogether with the entire journey collectively including places such as Dehradun, Shimla, and a few others.

India’s second highest peak and ranked 23rd across the globe, nanda devi is a mesmerising peak to be witnessed. Where its peak touches the sky with the height of more than 25000 ft, the nanda devi national park around the range adds to the ground beauty and looks for nature preservation and is also listed as a world heritage site by unesco. Various humongous peaks forming the Himalayas can be seen showcasing the beauty of the white heights. Connecting hikes of misyari and bug diyar, nanda devi pass has a walk of around 110kms. Alongside being considered as one of the most threatening treks, nanda devi also throws in a lot of beautiful visuals for the passionate trekkers.

Located in the beautiful heavenly union territory of India, Leh, Stok kangri covers a distance of a total of 40 km. As being at such a high altitude makes it difficult for the trekkers to cover a long distance.  Alongside the arduous journey, the trek also renders the mountaineers with the charismatic programs of the Zanskar and Karakoram ranges.

Parang is the known and most used ancient route for trade between the people of Spiti, thang, and Tibet. Snow leopard country is what parang knew as. Being a challenging trek is for all the trekking locations but parang la is simultaneously a lot more beautiful as well. The only river with Indian sources pares chu originated from here and enters the country in spite of it flowing from Tibet.

Connecting the Badrinath and Gangotri’s holy places, Kalindi Khal is actually one of the challenging treks in India. Sloppy snow lands, unpredicted glaciers, and uncertain ways throughout. Kalindi Khal trek steps trekkers from the Bhagirathi Valley to the Alaknanda valley covering half of the Garhwal Himalayas. Kalindi Khal as a route blesses with glimpses of some of the most alluring peaks in the Himalayan range – Meru, Bhagirathi group, Kedar dome, shivling, nilkantha, mana, avalanche peak, Chandra parvat, and Kamet.

The glacial lake more famous for the excavation of more than 500 human skeletons, roopkund is located in the state of Uttarakhand. Found in the Chamoli district of the Garhwal, it is one of the best treks in the Garhwal range, near Nainital and kathgodam hill stations. Roopkund is famous among the trekkers and one looking for adventures within the country. It is also more renowned by the name of ‘ mystery lake. 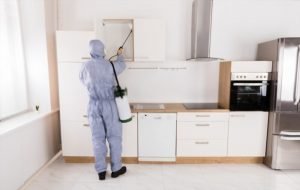 Previous post Best Pest Control Knoxfield: How To Get Rid of Pests in Your Home 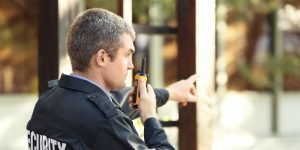