Smart Contract, it’s a very crucial solution in the Blockchain world, but more so in the real one. But what essentially is it? Well, think of it as a smarter contract than your typical traditional contracts. And what makes it all the more smarter? Before we answer that, let’s just quickly brief you about what a contract essentially means in the Blockchain world. Well, the good news is, a Blockchain contract has the same meaning as the traditional one. It’s also a written or spoken agreement binding two parties together intending them to be enforced in an action by law. This is typically in cases of marriages, employment, tenure, leases, and so on. The list never ends.

Contracts are, essentially, a promise made from one party to another that the law will enforce. However, once built, a contract is also never improvised according to the parties’ latest needs. This is when a smart contract comes into play. Unlike a conventional contract, Blockchain smart contracts development is carried out in a way it makes use of automatically executable codes defining the overall set of rules and regulations of a contract, which, of course, is agreed upon by the parties beforehand. To be more precise, a Smart Contract is a kind of a self-executing contract wherein both the buyer’s and seller’s terms and conditions are directly written into a line of automatically executable code.

Prolitus is one of the premier smart contracts development company in the whole industry. This makes us one of the most experienced players, not only building smart contracts with the help of Blockchain but also making it as per the sensitive needs of our clients. After all, as a traditional contract would, a smart contract, too, permits the ones in agreement to entrust one another in carrying out sensitive transactions among not very well known or anonymous parties without the actual need of a middle party. Not just that, the overall smart contract development is done in a way it also ensures there never lies the need for an external enforcement mechanism or any sort of a legal binding system.

That’s not about it, as our smart contract development services also ensure that all smart contracts remain easily executable by the users, easily verifiable by the parties, and, on top of that, not very easily tamper-able. Moreover, what makes it even more interesting is that it takes some of its core properties in inheritance from Blockchain since it’s built around it in the first place. Those would be decentralization, immutable nature, and easy to distribute nature.

Since we’ve established ourselves as veterans in the Blockchain industry including the Smart Contracts space, let’s take you through some types of smart contracts we’ve built over the years for our happy clients. Be it a Health wallet, stable coins, or an ERC-20 token contracts, we’ve had the opportunity to build a number of smart contracts in the past couple of years. Therefore, we have unmatched expertise in building some of the most well-sorted smart contracts across the whole industry.

And, of course, we’ve built the abovementioned smart contracts on the best possible platform, providing them with the safest and the most reliable backend. Prolitus being one of the firms in the world with extensive experience in building applications via Blockchain builds all kinds of smart contracts that can be tailor-made according to the needs of the client. Not just Ethereum, we’ve also had the opportunity to build one of the most reliable smart contracts in the industry thanks to Hyperledger Fabric and Hyperledger Sawtooth, and, of course, our hard-working developers who have worked on their toes to ensure each smart contract as flawlessly as it can. To get a glimpse of our services on Smart Contracts, make sure to visit us at Prolitus. 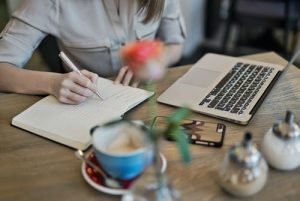 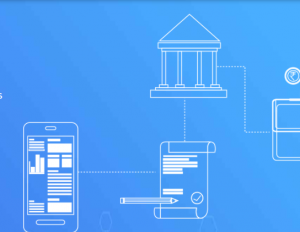