To understand how React Native is better than Flutter, let us first understand these frameworks in the Mobile Applications.

Flutter, one of the latest frameworks, is a UI software building kit. It is developed by Google with a premier open-source framework. This advanced tool uses the Dart programming language. Flutter has both a 2D rendering engine called Skia and C++ engine. It enables component implementation without the presence of OEM widgets.

Some of the leading brands that use Flutter for app development are Alibaba, Groupon, Sonos, Hamilton Musical, etc.

React Native, released in 2013 for web interface development, is a Facebook product. From 2015, it supported cross-platform apps. With its release in 2019, it is highly stable. With a single JS code, it provides a native-like experience for both Android and iOS.

Flutter functions smoothly with the presence of Skia graphics. It does not have any frame drops. Moreover, it takes less than 16 milliseconds to load. The Skia provides the UI the power of maintaining itself.  The absence of bridges speeds up the interactions.

However, React Native uses third-party plugins for enhanced performance. In the lack of these libraries, frames consume more than 16milliseconds for loading. The presence of the bridge affects the speed and run-time of the React Native apps against Mobile Applications.

Both these open-source frameworks support third-party plugins. A close inspection reveals that React Native suits better to build complex apps. However, it is necessary to utilize Native development skills. Hence, make sure you hire an experienced React Native app development company for your services. Flutter suits better to create faster MVPs and prototyping. It makes room for necessary changes according to user preferences.

It is easier to locate the error with Flutter. The OEM debugger and DevTools make it easier to understand the errors. However, with React Native, locating the bug is challenging. Hence, React Native came up with a new tool for rescue i.e Flipper.

Flutter provides built-in widgets that replace native components. The widgets are visuals, structural, and interactive. However, React Native provides external kits to build UI. Although it is dependent on native components, these UI kits ensure attractive and smooth interface designs.

Any person who has a hold on JavaScript can easily learn React Native. Every developer with web app development experience can develop mobile apps. All it needs is additional knowledge of libraries. Documents and videos help the learning process.

Many people are not familiar with Dart. It is developer-friendly. Aspiring developers can learn a new language.

StackOverflow Survey mentions that Flutter ranks 65.4%. Though it has a lesser job market, it is gaining popularity and has a bright future. On the other hand, React Native was opted by 62.5% and has better job opportunities.

Flutter has all the SDKs that allow code reusability across various platforms. However, React Native allows the developers to build cross-platform apps that are compatible with android, iOS, web, and desktop.

Interest in both these frameworks has increased over the years with each update. Since its launch, around 2200 React Native developers have shared their understanding on Github. More than 20 thousand live projects seek collaboration with developers across the world. You can find React native developers on various platforms such as Reddit, Stack Overflow, Discord, Telegram, and others.

However, though Flutter is new, it has 700 online contributors. When compared to React Native, flutter has fewer live projects. Flutter developers are found on platforms like Slack, Gitter, Discord.

React native is stable for the past three years. However, some consider this a stagnancy. The below report by Google trends holds a mirror against the firm grip of React native in the hybrid app development industry.

The improvisation chart of React Native is as follows. It aims to revise native models to ensure higher safety and faster reloading. On the other hand, the re-architecture plan is called Fabric. It sets the goal of improving flexibility and smoother integration. The final stage focuses on restructuring the APIs. Thus, connecting with JavaScript engines will be made easier.

The below Statista chart shows how React Native is popular than Flutter.

React Native is preferred by most developers for cross-platform app development. The active improvisation has helped to overcome the flaws. It empowers the future too with easy integration and communication.

Are you in search of a budget-friendly solution yet with great design and performance? Then, unlock wider benefits with ease by hiring for react native app development company. Transform your business with enterprise-grade innovative apps using React Native. 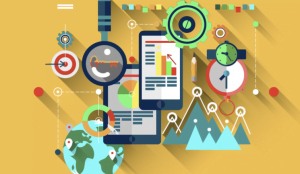