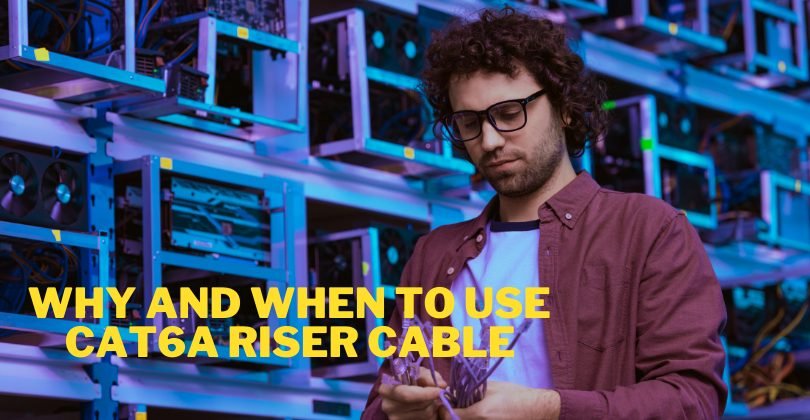 Cat6a Riser Cable is the 6th generation cable used in networking in home networks, business networks, and high-speed data centers. The “Cat” in the Cat6a stands for Category, whereas “a” stands for augmented. And the cable stands true to its name as it provides augmented speed at longer distances. Now that you have got a bit of understanding, let’s dive deeper into the specifications to learn more about this amazing ethernet cable.

You can see that a Cat6a riser cable has a riser-rated jacket from the name. It means the jacket has been made from fine quality PVC (polyvinyl chloride) and is suitable for usage in riser spaces of the buildings. The biggest quality of this cable is that it is fire retardant and stops fire progression in the event of an eruption of the blaze in the building. This riser-rated cable, when exposed to black, emits very low smoke and no hazardous gases. The thick coating also provides top-notch protection against the crosstalk, EMI, and attenuation.

The Bulk Cat6a Riser offers an astonishing data transfer rate of 10Gbps, and it can maintain this speed over a distance of 100 meters or 328 feet. Its predecessor Cat6 ethernet cable can only maintain this level of transfer speed over a distance of 50 meters. However, when the length is increased to 100 meters or 328 feet, the data transfer speed drops to just 1Gbps (though it is more than sufficient for residential and office purposes).

As per TIA/EIA standards, the Bulk Cat6a Riser must have a bandwidth capability of 550MHz. However, certain manufacturers in the market stay one step ahead as they offer a bandwidth capacity of 750MHz. It means their Cat6a riser cables can maintain signal quality at longer distances with guaranteed less attenuation.

Like all other ethernet cables, a Bulk Cat6a Riser comes in both pure copper conductors and copper-clad aluminum conductors. When it comes to Cat6a Riser Copper cables, they maintain signal strength and data transfer speeds at relatively long distances. Also, pure copper conductors keep disturbances like crosstalk (near-end crosstalk and alien crosstalk) and EMI at bay more effectively. They are also less vulnerable to attenuation. You can take any cabling parameter, and we can guarantee that Cat6a Riser Copper will surpass Cat6a Riser CCA in every aspect of performance. Because of these qualities, pure copper cables carry a higher price compared to CCA cables.

Suppose a Cat6a Riser Copper has an extra layer of protection in the form of the screening material or shielding (usually made up of a copper braid jacket or foil wrapping). In that case, it is called STP (shielded twisted pair) cable. These cables bear the STP marking on their outer jacket.

If Cat6a riser does not have this extra layer of protection, it is called UTP (unshielded twisted pair) cable. Such cables bear the UTP markings on their outer jackets. 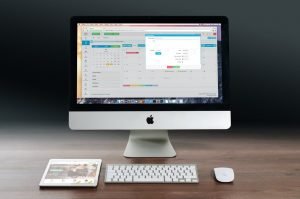