Football is unconditional love for a staggering 3.5 billion fans globally. The sheer popularity is the cornerstone of a cunning, mutually beneficial association between sponsors and the sport. The sponsors achieve brand recognition while the sport receives money. Rather, the association has been existentially useful for all football stakeholders, think players, leagues, events, venues, and more. The sponsors have also prospered, working their way into the consumers’ psyche.

Here’s your rundown on the all-time biggest brands to pump money into football; read on.

Coca-Cola is the world’s leading consumer brand, valued at 84 billion US dollars. The brand has a history of sponsoring major global events, from Olympics and NASCAR to NBA and NCAA. Its association with football is legendary, sporting the sport at all levels since the beginning of the 20th century. Rather, Coca Cola continues to be FIFA’s longest-standing corporate collaborator.

Coca Cola’s association with the FIFA World Cup dates back to 1958. Come 1978, it has been an official sponsor of the biggest football extravaganza on the planet. The beverage company also sponsors FIFA World Cup stadiums events from 1950 onwards. Coca Cola has endorsed the FIFA World Cup Trophy Tour, allowing fans the world over to witness the FIFA trophy in person.

Coca Cola follows a “no discrimination” policy when it comes to football sponsorships. The brand has endorsed all FIFA Women’s World Cups since its inaugural edition in 1991. Besides, plans for funding the Paralympic Games Tokyo 2020 are in the pipeline. Other key sponsorships include the Euro 2016 and Copa Coca-Cola, alongside hundreds of clubs and national teams.

The world’s top sports brand, Nike is the gold standard in technology and design. The brand is known to leverage top athletes, major sports, national teams, and global events to market its shoes, apparel, equipment, and accessories. In the recent past, Nike has signed top golfer, Rory McIlroy, basketball legend, Michael Jordan, and iconic track and field athletes like Carl Lewis.

Nike’s love for football and footballers is just too obvious. The brand has endorsed some of the all-time greats, such as Neymar, Romário, Roberto Carlos, Ronaldo, Rivaldo, Ronaldinho, Wayne Rooney, Cristiano Ronaldo, Zlatan and more. Top clubs, including Barcelona and Man U, have donned Nike kits at some point in time and so has the most prolific national team, Brazil.

For Barclays, sponsorships are intrinsic to the marketing strategy. The multi-national universal bank has endorsed the Premier League 2001 onwards. Its status as the league’s official banking partner will continue till 2022. In the 2019/20 season, Barclays associated with the FA Women’s Super League, becoming its 1st title sponsor and the only brand to endorse both, men’s as well as women’s leagues. The league was rechristened as “Barclays FA Women’s Super League.”

Another sports brand, Adidas has a knack for spending big on sponsorships for business gains. The brand has a history of supplying balls for each edition of the FIFA World Cup since 1970 and has signed similar contracts with the Union of European Football Associations (UEFA) for European leagues. Since 1984, the UEFA European Championship has been using Adidas balls. Also, the UEFA Champions League’s finale is played with an Adidas ball. Several association football teams globally continue to don Adidas kits during their international fixtures. 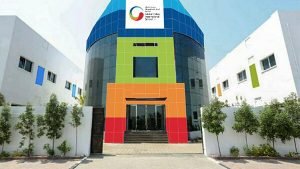 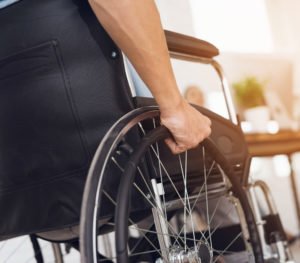 Next post When does a non-custodial parent have a possession order?