For companies looking to start B2B sales efforts in Quebec, one of the most important things to keep in mind is the Charter of the French Language, which is also known as the Charte de la langue Française.  This is a law in Quebec that oversees the regulation of the use of languages by businesses. Namely, it institutes French as the “usual language” businesses operating in Quebec must use.

Respecting this law is a key part of breaking into the Montreal business directory. Depending on what your business sells, and where your business is located, the specifications of the Charter of the French Language may slightly vary. However, there are a few key tips and rules to keep in mind. Firstly, it is important to know that all businesses looking to sell goods or services in Quebec require a French name for their company. This does not necessarily mean that your company cannot also have a non-French language name as well, such as an English company name. However, the use of a non-French company name in Quebec will be limited by specific rules. Additionally, employees in Quebec cannot generally be required to speak English or any other non-French language, unless in specific circumstances where employers can prove that it is required for a specific job to be done in a non-French language.

When it comes to advertising to your Montreal directory, there are also some important things to keep in mind. When opting to enact advertising via public signs, there are strict language laws in place. A good example of this is that advertisements on buses must not only be in French, but in French exclusively. There are some situations where a non-French language such as English may be used in advertisements. However, in these situations, French must be “more predominate” than other non-French languages on said advertisements. A way to generally achieve French being “more predominate” would be to allocate it at least twice as much space on advertisements as non-French languages do. In fact, companies looking to expand their B2B services to Quebec will likely have to make some language changes to everything from their social media, to their packaging and business websites. Checking in with how the rules from the Charter of the French Language will affect your company specifically can be very helpful.

Something else that is helpful to companies looking to expand B2B sales efforts to Quebec? Great business tools such as Scott’s Directories Montreal directory database. Our Montreal business directory will help give your sales and marketing team access to the core of Quebec’s business community. With information on over 120,000 companies, covering sectors ranging from manufacturing to libraries, Scott’s Directories has the information that you need. 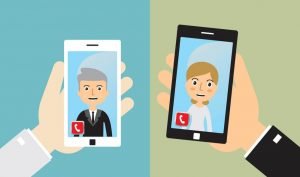