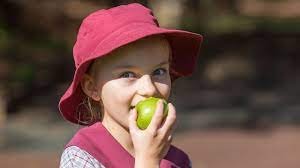 It is possible that your toddler may not be getting the nutritional intake that they require despite taking precautions like maintaining a proper balanced diet. Owing to their hectic schedules and stressful lives, parents often fail to provide their children with the right kind of nutrients. This task becomes exceedingly difficult when the child is picky about what they are eating.

Given the gradual decline of the nutritional value of several food sources in the last few years, it has become all the more harder to get in the recommended daily allowance of several micro and macronutrients, despite consuming a perfectly healthy and balanced diet. A good way to solve this situation would be to supplement your child’s daily food intake with the best multivitamin for kids.

Owing to the staple foods of the Indian diet, most children end up consuming excess quantities of food groups such as sodium, sugars, and carbohydrates, while experiencing a significant lack in the nutrients such as iron, manganese, potassium, and iron that play a role in their body’s growth and development. So while it may seem like your toddler is getting the nutrients that they require on the surface, they are actually experiencing a severe imbalance. This phenomenon is known as a nutritional gap.

Nearly sixty percent of the toddlers in India as well as their mothers were found to be lacking in at least one essential nutrient, namely zinc or potassium. A significant number of these children who were under the age of six were also noted to be suffering from anaemia, a complication caused by the lack of iron in the childrens’ nutritional intake.

Let us understand more about why supplementing your toddler’s nutritional intake with the best children’s multivitamin is especially important in today’s world.

Multivitamins are composed of several essential nutrients such as vitamins and minerals that play a major role in promoting the overall growth and development of your child’s body. Supplementing your child’s diet with the best multivitamin can have the following advantages for their health:

Multivitamins are a rich source of the b class of vitamins, one of the most essential nutrients that are required to ensure the proper functioning of the brain, especially among growing children. These vitamins carry out several important functions such as increasing memory retention power, boosting oxygen flow to the brain, and improving concentration ability. This plays a major role in developing the mental attitude as well as logical reasoning in kids. By supplementing your child’s daily food intake with the best multivitamin for kids, you can reduce the oxidative stress exerted on their brain due to the presence of free radicals, effectively eliminating the development of neurodegenerative diseases such as Alziehmer’s and Parkinson’s.

Apart from these functions, the nutrients present in the best multivitamins also have a huge impact on decreasing the secretion of stress hormones. Instead they boost the release of feel good hormones such as serotonin and dopamine which helps in improving your child’s mindset and mood. This plays a major role in preventing the risk of developing mental disorders such as depression and anxiety.

The best multivitamins for kids contain essential nutrients such as Vitamin D,  Vitamin E, and Vitamin C which have a major role to play in maintaining the functioning of the body’s immune system. Minerals such as zinc boost cell signal actioning, and increase the production of neutrophils in the body, which not only reduce the oxidative stress exerted on the organs but also ward off harmful toxins and bacteria from the body. The iron present in these multivitamins increases blood flow while its antioxidant properties reduce the inflammatory response exhibited by the body when exposed to allergens., Having a weak immune system can make your body prone to several chronic illnesses as well. Regularly supplementing your child’s diet with the best multivitamins for kids can have a positive impact on their innate and adaptive immunity.

Growing children often engage in several physical activities throughout the day which makes them vulnerable to getting their muscles or bones injured. Supplementing your child’s nutritional intake with the best multivitamins for kids is a good way to ensure that the damage sustained by their body is repaired. The nutrients present in them reduce the buildup of lactic acid in the muscles, which is an advantage for children who participate in athletic activities, this helps in boosting the process of tissue repair.  Additionally, multivitamins are also a rich source of antioxidants which play a major role in repairing the oxidative damage caused by the presence of free radicals.

While the individual requirements of these nutrients and vitamins differ from individual to individual, the Food Nutrition Board of the Institute of Medicine has established a Dietary Reference Intake which states he recommended daily allowance for them.

When you look to supplement your child’s diet with the best multivitamin for kids, make sure that the nutrients present in them fulfil the suggested intake levels.

Given below is a chart that indicates the minimum recommended intake of multivitamins for kids :

While it is important to supplement your child’s diet with health supplements like Gritzo Immunity Booster, the best children’s multivitamin was only formulated as a nutritional aid to be consumed in combination with a healthy balanced diet, and not as a viable replacement for meals. Always make sure to purchase multivitamins that have a high bioavailability so that they can be absorbed by your toddler more easily. Remember to consult your pediatrician before making any changes to your toddler’s nutritional intake in order to avoid any unwanted side effects.

Infections are particularly troublesome ailments that may affect all people. The explanation for their formation is, among others, viruses. The most commonly used Ziverdo Kit and Hydroxychloroquine  200 mg only relieve symptoms like runny nose, cough, pharyngitis, or fever in viral infections and don’t fight viruses. Buy Ivermectin online to cure the disease. 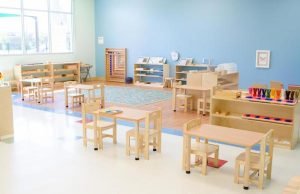 Previous post Which is the Best Kindergarten School in Dubai?
Next post How our probate leads can benefit your investment?