It was on October 28, 2016, when Tesla founder Elon Musk shook up the world of the home improvement industry by announcing a series of solar roofing announcements.

SolarCity and Tesla were going to introduced solar roofing shingles and an in-home battery. Musk claimed that the new shingles would look better as compared to the usual ones and they would also produce electricity. Moreover, these shingles will last longer and their installation would also be better. The best part of this solar project is that it would bring the electricity cost down. The details were a little vague, but the media and people got impressed.

What’s up with Solar Roofing?

The concept is simple. Solar roofing panels collect sunlight and fill an in-home battery. The battery will provide the power to the home to lights and fans and other appliances and even to your electric car.

Musk said that it is simple and not that complicated. A SolarCity roof sounds odd if you only know the company as the automaker. However, the main mission of Tesla is to transform the world into a sustainable energy setup. Solar roofing is the right step forward in the right direction.

According to what Musk said, this solar roofing is the integrated future as one project will be running the home appliances along with the solar roof. However, the main key to solar roofing is that it needs to be affordable, beautiful and seamlessly integrated. If all of these things are good to go then it is the right step in the right direction.

According to what SolarCity said there would be a high-efficiency solar cell embedded in each shingle. This cell creates the actual energy. This cell is protected by tempered glass and this will improve the durability of the shingle. A colored louvre film will rest between the cell and the glass which will make it look like a shingle.

The shingles come in four styles:

The production process renders each tile unique, and once it is installed the shingle will capture energy from the sun for immediate use in the Tesla Powerwall 2 battery. The battery will help the home to maintain its power when it is knocked off the electrical grid by an outage.

How much would the Solar roof cost?

According to the news and the assumptions made by Elon Musk, the price is not sure and not final. Moreover, even SolarCity has also not talked about the price of the solar roofing system.

According to the consumer reports the cost would be around $73,500 installed and this would be competitive with the asphalt roof. Moreover, if further calculations are made, the project may go around $70,000 to $100,000. If compared with asphalt shingles, it is expensive and it is even more expensive than a slate roof.

It is paying the energy cost upfront and the tiles would generate power of around $2000 annually in free electricity over the life of an average of 30 years. That is almost $60000 in energy.

Elon Musk says that his roofing shingles will last around two to three times more than the asphalt shingles. The cost of Powerwall 2 is around $5,500 and its warranty would last for 10 years.

However, if you want to make an impact on your energy bill, you would need four to five Powerwall 2 batteries. This is quite an investment and it will help you in the long run though the upfront cost is high. If you have questions about solar powered roofing shingles call Lenox Roofing Solutions today in Garden City, Horry, or Myrtle Beach SC. 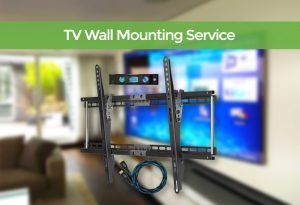 Next post Why Should Get TV Mounted By Experts