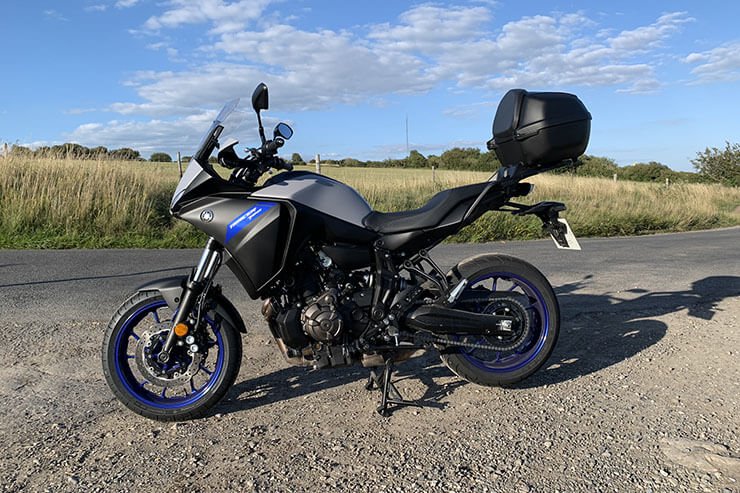 Yamaha, from the beginning of the creation of the Tracer 700 (2016)  wanted to offer an  entry level sport touring that breaks  the stereotypes , both for the concept of entry level and sports tourism. In its second and upgraded generation, the in-line two-cylinder with the CP2 engine, it aspires to fulfill its role with even greater success and the truth is that after driving contact with it, we were convinced that it can do it.

The Tracer family has been in the forefront of the commercial life of the Tracer 900 since its inception. again put into play the middle sport touring model of Yamaha, which it became.

We have a new fairing, aggressive design that refers directly to the supersport R1 and R6 and two LED headlights under the hood that complement the hi tech image of the motorcycle while the whole stylistic renewal is completed by the LED flashes which are integrated on the handfuls. The quality of construction and the finish are meticulous in every detail.

As for the engine, which now meets the Euro5 specifications, changes were made to the injection mapping,  at a cost of losing 1.5 hp from the maximum power value , while torque remained at exactly the same levels. The ratio of the final gear was significantly shortened  (by two teeth larger rear gear) to enhance the sense of acceleration, while it is noteworthy that despite the additions required by Euro5 specifications (catalytic converters, exhaust, bonnet, etc.),  the weight was kept at exactly the same level as its predecessor, thanks to the reduction by 1.5 kg from the headlights, plastics and the smaller battery. Two-cylinder in-line with performance reaching 72 hp at 8750 rpm and torque reaching 6.9 kg at 6,500 rpm.

The digital LCD  screen is also different from the MT-07 and the previous Tracer  700 , with a black background, more information and its operation is done by a switch on the left side of the controls. Simple to operate and easy to read, does not create reflections in the sun.

The big change, however, beyond the appearance comes in the field of suspensions. and most importantly it gives the right information reminding that it is not a superbike model but a simple sport touring.

The motorcycle obeys every change of direction and is willing to move smoothly whether there is a tight ride or an open road ahead. The engine is flexible and the gearbox is a bit shorter which means we are moving at a higher speed with a motorcycle a little more direct at each throttle. Over 5,500 rpm, some small vibrations begin to appear, which, however, did not reach such a degree that they bother us.

Familiar are the brakes which consist of two 282 mm discs for the front and a 265 mm for the rear as well as the ABS system which do what they have to do without impressing with their performance.

There are no electronic aids and performance maps, the jelly is adjusted manually in height and a speed that can travel comfortably and smoothly is 140-150 km. The compact dimensions of the Tracer 700 make you think you are on a 500cc motorcycle.

Flexible, lightweight and with the 34mm wider steering wheel gaining points in cuts and maneuvers between cars, the Tracer 700 will happily accompany your daily commutes.

After several kilometers of driving on the new two-level saddle and with the most foam material I go down relaxed having completed the thoughts on how much sport and how much touring is the new Tracer 700. Its price is at 8,800 € 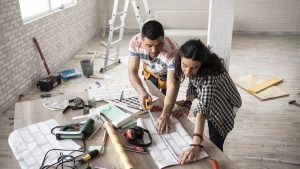 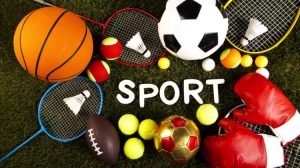 Next post Are You A Sports Fan Or Sports Fanatic?