The ruling Socialist Party of Venezuela inaugurated a parliament controlled by allies of President Nicolás Maduro on Tuesday, while the opposition installed a rival committee of legislators in a virtual session after the disputed elections on December 6.

The opposition, led by President Juan Guaidó, boycotted the vote, considered fraudulent by opponents of Maduro and many Western nations. On December 26, the opposition-controlled parliament approved a statute that extends its mandate until 2021.

But it was lawmakers and allies of the Socialist Party who physically occupied the legislative building on Tuesday, walking toward it from a nearby plaza, carrying photos of the late President Hugo Chávez and founding father Simón Bolívar.

The change marks a formal consolidation of power for Maduro, who seemed vulnerable in early 2019 when the United States and dozens of other countries recognized Guaidó as the legitimate leader of Venezuela.

“You are examples for the world of how democracy should be exercised,” said Jorge Rodríguez, former Minister of Information, who was appointed president of the new National Assembly headed by the Socialist Party and took possession of 227 legislators. We are here by constitutional mandate ”.

Nearby roads were blocked by security forces.

The ceremony marked the symbolic end of the opposition’s five-year struggle to undermine Maduro after the landslide victory in 2015 in parliamentary elections.

But control of parliament will give Maduro’s allies little ability to improve a crippled economy surrounded by US sanctions. And in any case, for years the ruling Supreme Court has obstructed opposition lawmakers by overturning all their measures.

“I am not aware of the assembly, I am working to solve my problems,” said María Rojas, 49, who works in the Caracas mayor’s office. “God is the only one who can solve the situation.”

The outgoing administration of US President Donald Trump has recognized the extension of the Venezuelan opposition’s mandate.

“President Guaidó and the National Assembly are the only democratic representatives of the Venezuelan people recognized by the international community,” US Secretary of State Mike Pompeo said in a statement on Tuesday. “They must be freed from Maduro’s harassment, threats, persecution and other abuses.”

Other international supporters of Guaidó, including the European Union, have yet to say whether they agree if the opposition still controls parliament by right.

The move created divisions within Guaido’s coalition, with a major opposition party abstaining from voting on the extension and several individual lawmakers announced that they would stop serving as legislators after Jan.5.

Over the past year, public approval of Guaidó has waned, while Maduro retains some popular support.

The impending inauguration of US President-elect Joe Biden on January 20, after years of mounting US sanctions and diplomatic pressure on Maduro under Trump, represents another uncertainty for Guaidó.

Biden has repeatedly called Maduro a dictator and said he will work with other countries to seek free and fair elections in Venezuela, but he has not defined the details of the policies he intends to implement towards the oil-rich nation. 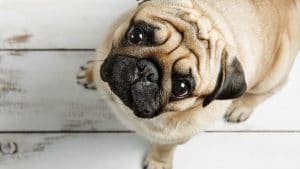 Previous post Dr. Kyriakis: Infinitesimal probability of transmission from pets – Man will stick to the animal 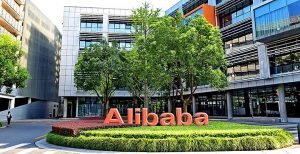