React Native has become a household name in the software development community. It is an open-source cross-platform programming framework introduced by Facebook in 2015. Many organisations, large and small, have chosen React Native for their mobile apps due to its enticing benefits. From social networking to food delivery, several corporate behemoths have included React Native into some of their products. Here is a list of 5 famous corporations that have been utilising React Native for quite some time now.

Bloomberg is a financial services firm that offers tools for equities trading and analytics, as well as other corporate applications. It’s also the name of their neighboring website, which provides news to keep the public informed about market and business developments.

In 2016, Bloomberg created a new app for both iOS and Android utilizing React Native. The app’s major goal was to provide customized content with quick access. The Bloomberg app also includes video libraries and a live stream to give users with an interactive experience.

Bloomberg engineers were able to create native-like apps fast and efficiently using React Native. The framework’s unified development capabilities allowed developers to concentrate on one part at a time. Bloomberg was able to build automated code refreshes using React Native, ensuring that users always receive the most recent updates when accessing the app.

Back in the day, Facebook understood the value of quicker performance in social networking programs. As a result, they sought to ensure that their software outperformed rival applications in order to increase their market share. As a result, the team decided to create React Native, a cross-platform framework that would allow developers to write succinct code that would allow for quicker iterations.

Facebook created React Native and used it to build their app. It would be perplexing if they did not use the framework for their own apps. The Facebook Ads Manager platform, which allows people and companies to manage product advertising, is fully developed on React Native.

Although it is cross-platform, it handles UI variations in ad and date formats flawlessly. The same is true for UI animations and transitions. The social media behemoth saw substantial gains in its mobile app after implementing React Native. The program operated quicker, the content loaded faster, and users liked the app’s near-native UI animations.

The event dashboard setup speed was the main advantage of React Native at Facebook. It now starts twice as quickly.

The engineering team at Instagram’s main goal was to enhance developer velocity, as the app was already operating well. They had been experimenting with Live Reload and Hot Reloading when they decided to use React Native to expedite the delivery of certain code.

Instagram began actively considering moving to Reactive Native in 2016. Integrating React Native with current infrastructure was difficult, but they are now able to deploy features more quickly and easily manage both iOS and Android app versions.

Instagram was already a native app with a sleek user interface that was available for both Android and iOS. As a result, incorporating a new foundation into the program proved considerably more difficult. The team chose to start with the most basic functionality, the push notifications display.

Soon after, they proceeded to redesign additional areas of the app, such as Products, Post Promotion, and so on, in React Native.

As a consequence, the developers were able to release enhancements to both Android and iOS apps considerably faster. For both systems, at least 90% of the code stayed the same. This contained code for shipping features such as push notification configuration, post promotion, and SMS captcha checkpoints.

With faster deployment of features like Lead Gen Ads and Comment Moderation, development velocity increased dramatically. After Facebook and Instagram, many more firms followed suit, and many large corporations began adopting React Native for their apps.

Skype is a VoIP program in which video chat is the primary mode of communication.

Skype, on the other hand, allows you to make and receive phone calls as well as send and receive instant messages. It is a Microsoft product.

Microsoft recently switched to Electron for the Skype mobile app after using React Native for several years, but not due to performance issues.

While React Native is useful for mobile apps, Microsoft wanted the Skype app to look identical to what you’d see on a desktop computer.

Pinterest is a social network, although it is not widely utilized for communication.

Instead, users submit and pin ideas about a wide range of topics, with interior design and food being the most popular.

Pinterest’s technical staff was hesitant to make the jump. Instead, they dedicated a whole year to researching various elements of React Native. Finally, they created React Native prototypes to determine whether it is feasible to use the cross-platform development framework for Pinterest.

For all platforms, they first created a tiny prototype of one component of the app. The outcomes were quite positive.

Pinterest engineers were able to complete the initial implementation (of the prototype screen) of React Native in the iOS app in just ten days. In two days, they ported the identical interface to the Android app. This was feasible because they were able to take use of 100% common UI code between both applications!

The fact that they didn’t have to compromise on the quality of the UI on any of the applications was the icing on the cake. Pinterest might invest in developer productivity in a positive way this way.

Building a cross-platform app is extremely beneficial to businesses in and of itself. You can build apps for both Android and iOS using a same code base, which allows dedicated react native developers to build apps faster and test them more easily. However, many organizations are hesitant to pursue cross-platform app development because they are concerned that they would have to compromise on the app’s user interface.

However, multinational organizations who take React Native app Development services in India demonstrate that if you know how to do it well, you can get both – the efficiency of cross-platform and the near-native experience. Hire a React Native Development app developer to assist you in determining whether the framework is appropriate for you. 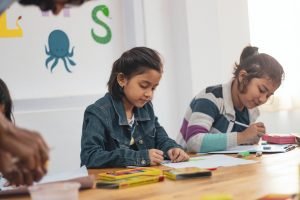 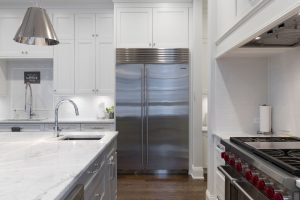 Next post Early Warning Signs Every Homeowner Should be Aware of