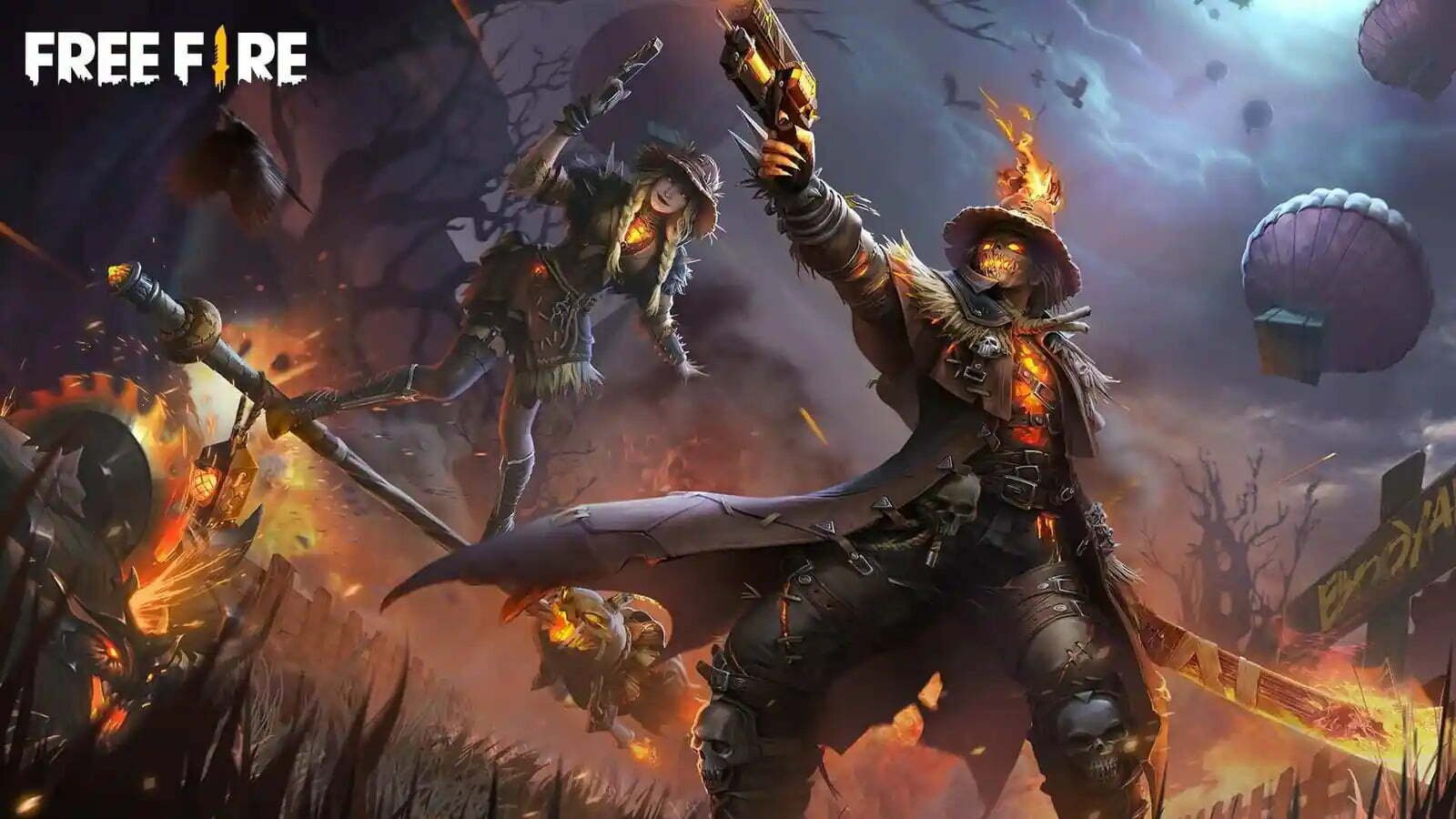 Garena Free Fire has continued to expand and grow into one of the best battle royales out there, especially on mobile. With the release of Free Fire Max, a more condensed version of the game for low-end users, everyone can experience the exhilarating thrill of Free Fire.

And, if you’re ever in need of some Free Fire Diamonds, just head on over to the OffGamers page right here and get some!

So if you’re an avid Free Fire player, be it Free Fire Max or the usual Free Fire, you might be wondering what’s the best character to use in the game. Well, we’re here to help! Here are the top 8 characters in Free Fire to date.

DJ Alok has always been a fan favourite, ever since his release and it is pretty clear why. His ‘Drop The Beat’ ability brings benefit to everyone on the field, especially his teammates. With this, he can create a 5m aura that increases his teammates’ movement speed by 10% and replenish 5 HP for 5 seconds.

As you increase the level of the character, his ability capabilities increase as well. At maximum upgrade, Alok can increase movement speed by 15% and replenish 5 HP for 10 seconds. If you’re a player in the game, you would know how every little second and drop of HP matters, so Alok is a great addition to any team.

A colourful hacker in the Free Fire world, her ‘Hacker’s Eye’ passive ability makes her one of the most sought after characters in the game. The ability allows her to tag her shot enemies and reveal their location to everyone on the team.

This lasts for 2 seconds and after the maximum upgrade, it lasts for 5 seconds, so you can easily have a good idea of where your enemies are in order to plan an attack or take cover. Make sure to be smart about it and plan well, this is a rare advantage on the battlefield. 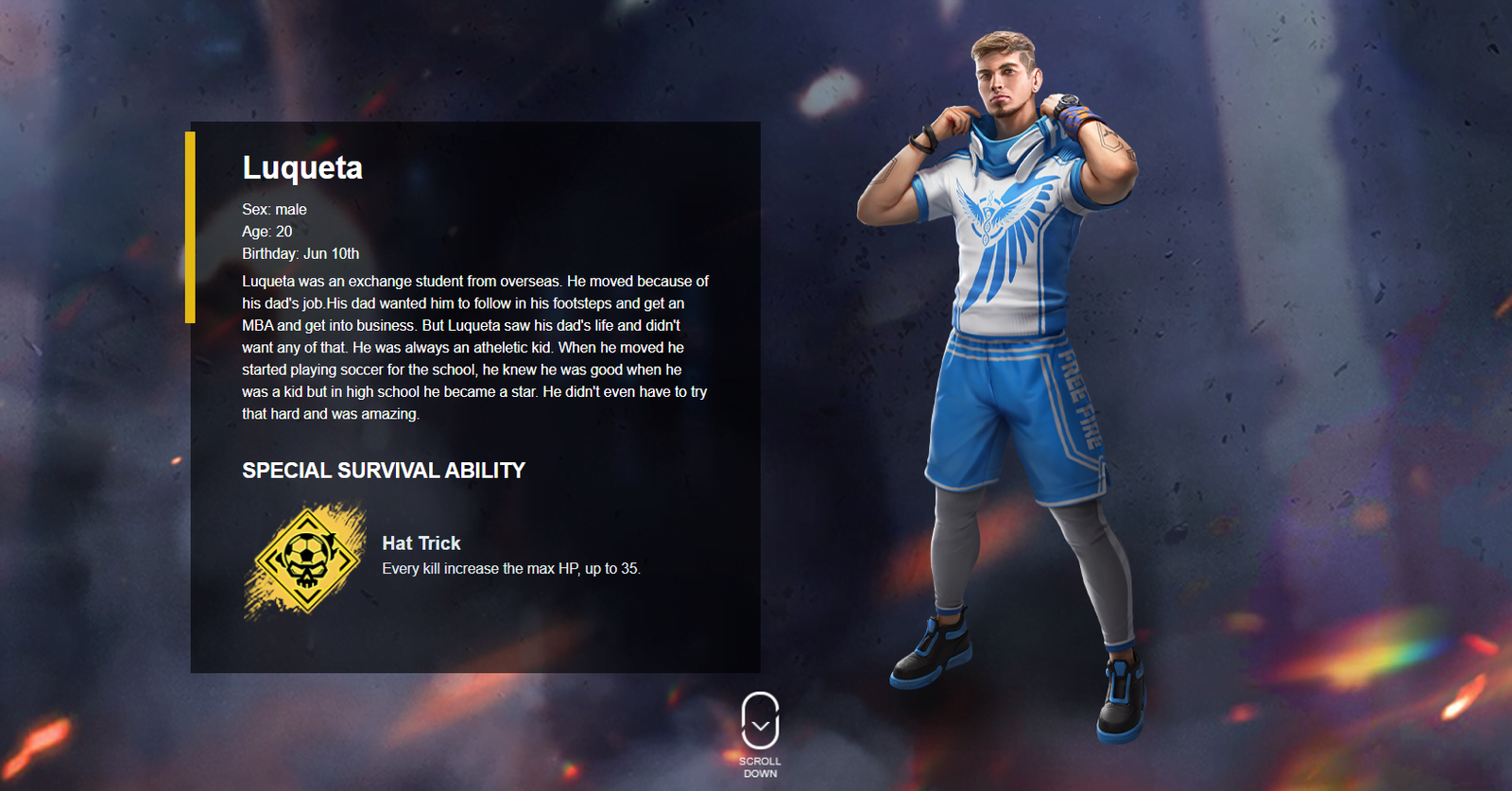 A rising football star, his ability ‘Hat Trick’ is what draws attention to his character. The ability grants the player an increase of up to 35 max HP. His max HP increases per kill, so the more enemies you take out, the more your max HP will increase.

In order to not make him indestructible, there’s a 35 max cap, but this increase in max HP is more than enough to make him a strong contender on the battlefield. Of course, you would need to be good at taking out other players in order to increase your HP, so perhaps beginners might want to steer clear of him.

This half-robot humanoid allows for super fast heals on the battlefield with her ability ‘Thrill of Battle’. At maximum upgrade, she can convert 50 EP (Energy Power) into HP with a 60-second cooldown on the ability, otherwise, she’ll have unlimited heals. Due to this, A124 is usually placed at the forefront of the squad to take any damage since she can heal quickly.

She’s good for tight situations where immediate heals are needed to sustain the team. As you continue to upgrade her, the effectiveness of her ability increases while the cooldown decreases. Plus, EP tends to take time to refill, but with A124 it refills faster like an unlimited medkit. 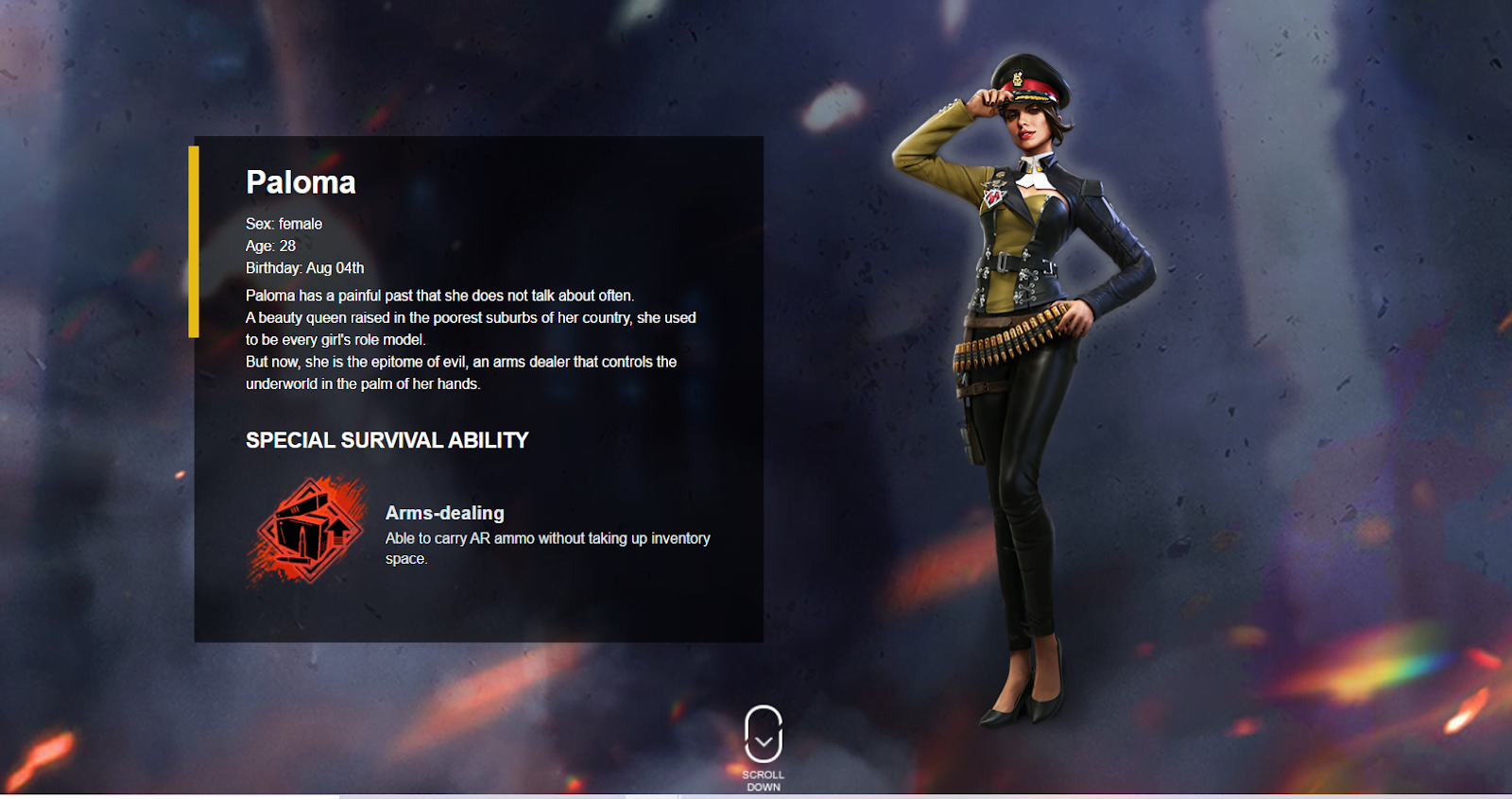 If you enjoy using the Assault Rifle as your weapon of choice, then your character of choice should be Paloma. She’s known as the reigning queen of arms for a reason, you know. Her ability ‘Arms Dealing’ increases your AR ammunition without taking up space, especially when fully upgraded.

Her current default allows for 30 AR ammunition as you jump off the plane, but when fully upgraded she can hold up to 180 AR ammunition without taking up your inventory. You can equip more items rather than ammunition to use on the battlefield.

You can also immediately start shooting your enemies while they’re scrambling to look for weapons and ammunition since you’re already equipped with some. 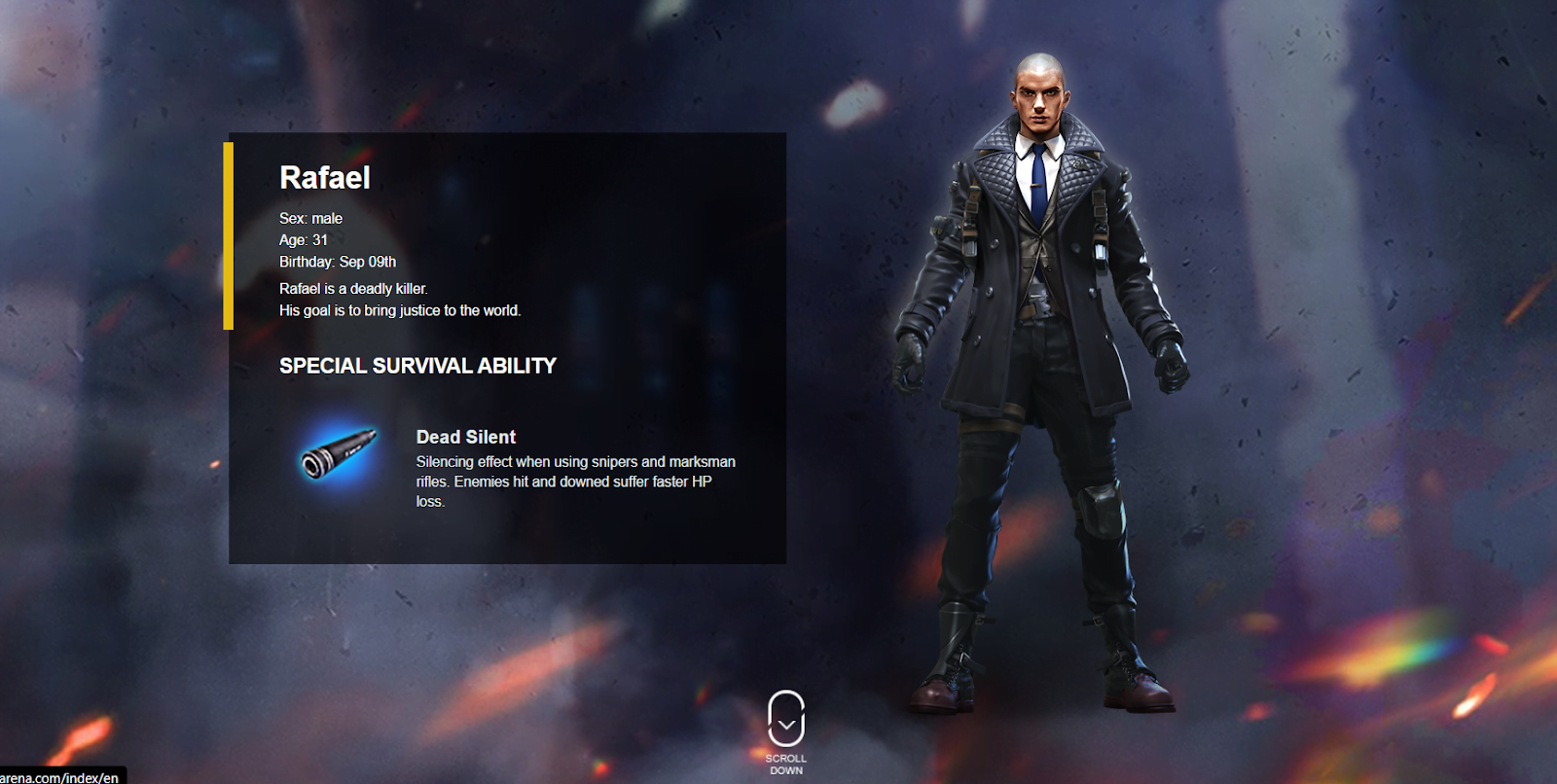 A deadly assassin in the game, his ability – ‘Dead Silent’ is what makes him a stealthy killer. When activated, he can shoot his enemies without any fear of being discovered or marked on maps. This is only applicable for snipers and marksman rifles, so if those are your weapons of choice, he should be your character. He stays hidden and can easily be used for ambushes.

When fully upgraded, more of his shots go unmarked on the map. Similar to a silencer, nobody would know that he’s there firing off shots. He’s a great character for those who don’t like to show themselves during a battle. 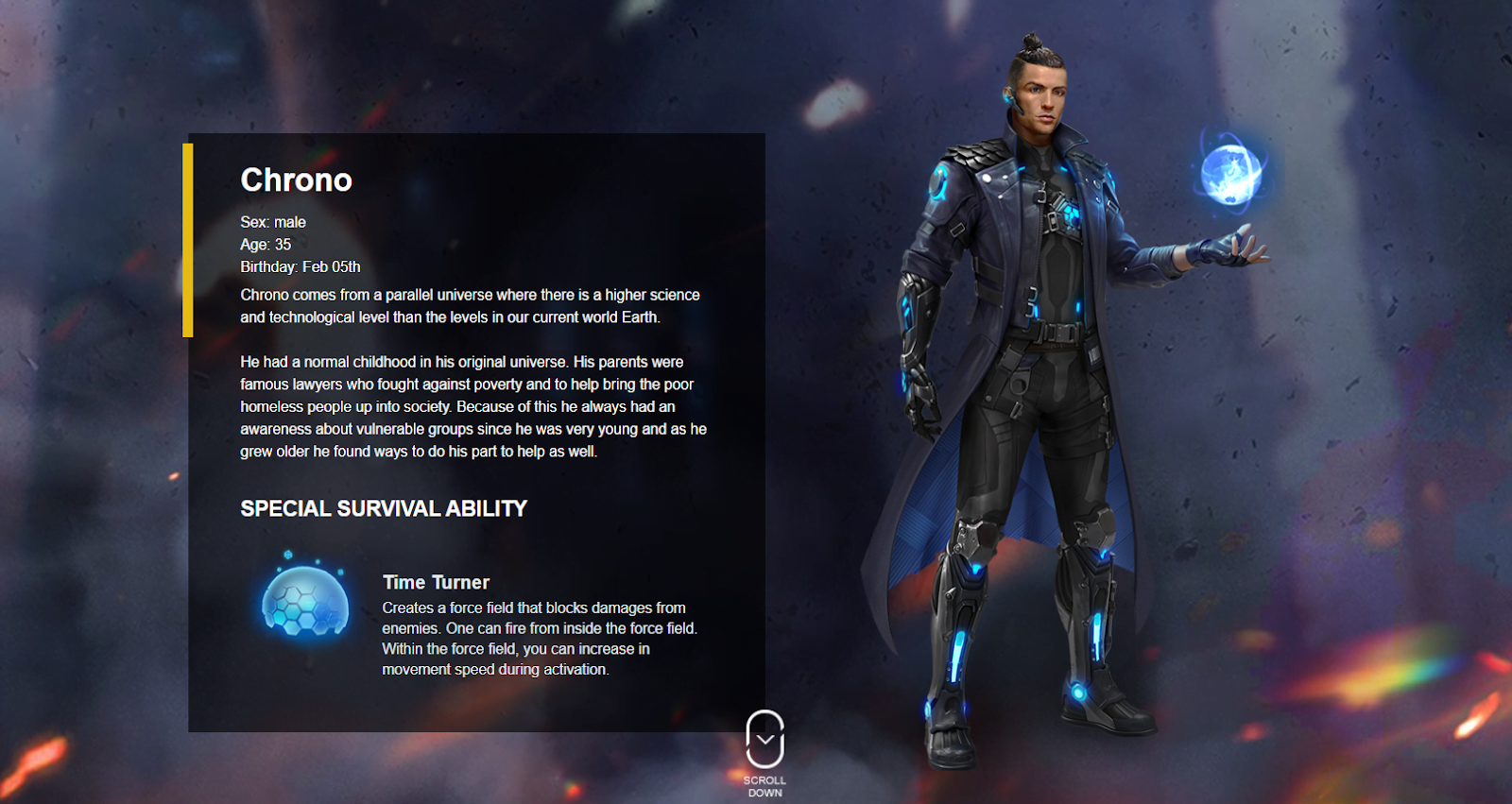 A bounty hunter from an alternate universe with an active ability known as the ‘Time Turner’. Chrono can create a force field that blocks 600 damage from enemies as default and increases movement speed for everyone. After maximum upgrade, he can increase everyone’s movement speed by 15% and this lasts for 7.5 seconds.

Chrono has been nerfed a couple of times in the past, but he remains one of the most powerful and useful characters in the game due to his defensive ability. Players can even shoot from inside of his defensive force field, so he’s pretty invulnerable when his ability is activated. 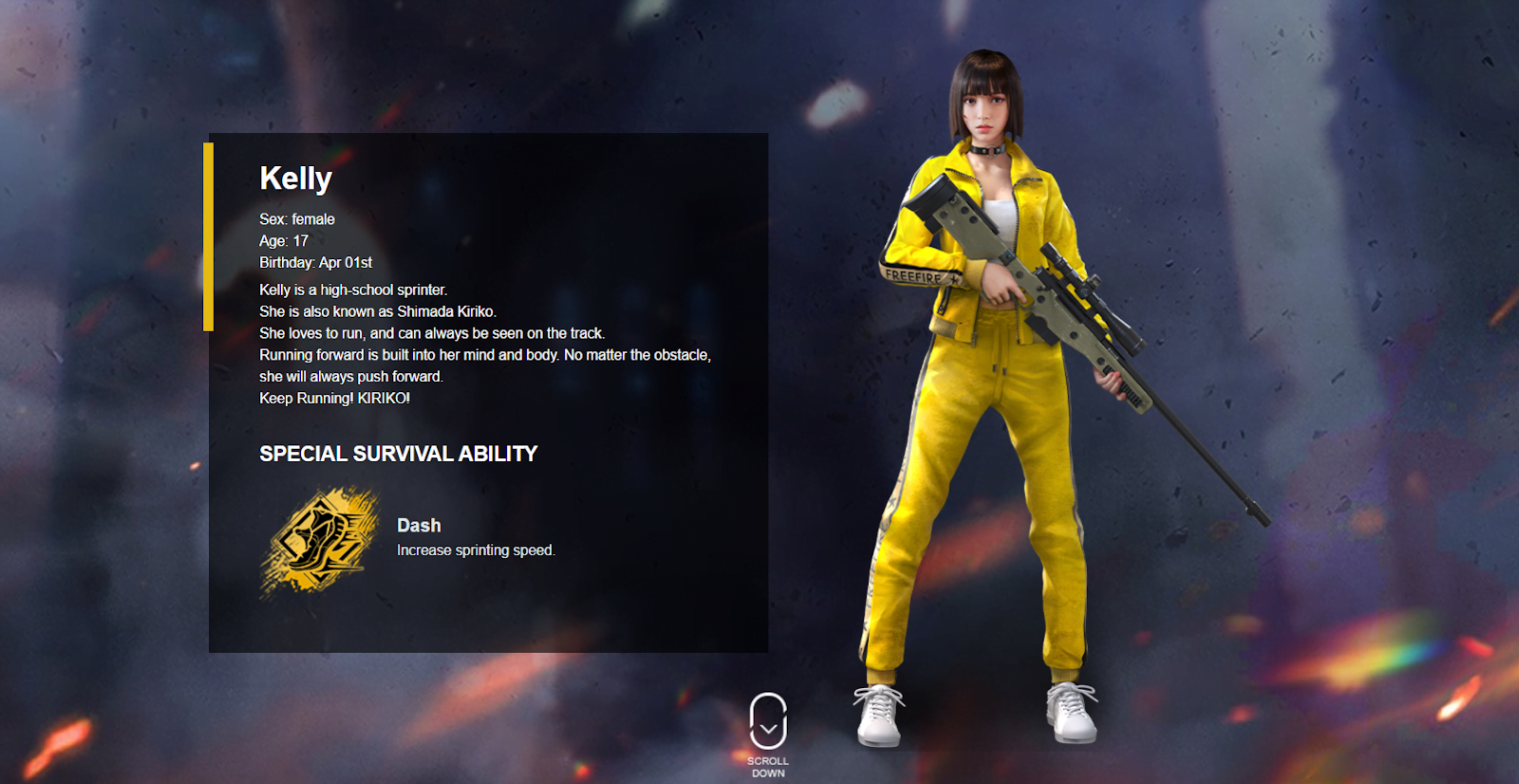 She’s a sprinter, so naturally, her ability complements it by boosting movement speed. Her ability ‘Dash’ when reaching max upgrades will boost 6% movement speed. Since Kelly is one of the oldest characters in the game, she also has an Awakened state, which is an upgraded version of her character.

She can move fast and easy across the map and can be difficult to pinpoint. With her fast speed, she can easily sprint out of the blue zone with time to spare, so you won’t be caught in it. She’s also one of the easiest characters to obtain if you’re low on funds or diamonds.

So, did any of the characters catch your eye? These are definitely characters you should try out for a better chance at winning in the game. Do let us know what you think of them in the comments once you’ve tried them out! We’d love to hear from you. 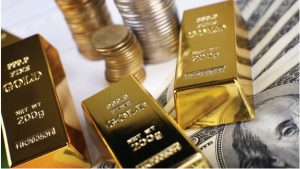 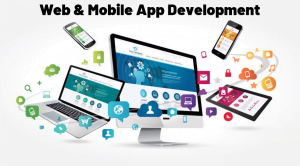 Next post Best Technology for Web and Mobile Application Development