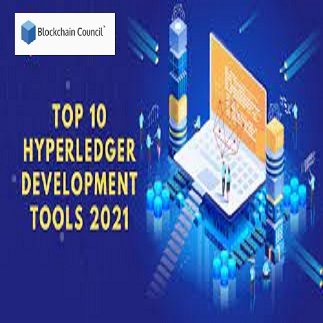 Hyperledger is a clear leader in the blockchain world, with a mission to provide enterprise-grade blockchain solutions. This open-source group, which was founded by The Linux Foundation, is addressing the scopes and possibilities for blockchain application in the corporate environment.

True, most of us are only familiar with Hyperledger Fabric, Sawtooth, or Indy, which are popular Hyperledger framework tools. The Hyperledger development tools must be better understood by the developers. In addition, Hyperledger is in the process of developing 10 full-fledged tools and libraries.

Avalon is one of the most widely used Hyperledger development tools. Why? It solves scalability and secrecy, two significant problems for corporate blockchain developers.

Data and validation logics are implemented directly on the mainnet for every transaction on every node in conventional blockchain development efforts. The integrity of the blockchain network is ensured by this traditional technique, but performance and secrecy are jeopardized.

The Enterprise Ethereum Alliance (EEA) was the first to solve the problem, releasing Trusted Compute Specifications. Hyperledger went on to build the Trusted Compute Framework, which expanded on the basic notion of the EEA (TCF). This TCF later evolved into a full-fledged Hyperledger project with the name Hyperledger Avalon.

Avalon’s primary concept is to provide a platform for developing blockchain applications “off-chain” to address privacy and performance concerns.

Not every blockchain solution is capable of reaching its full potential. External circumstances and use cases will always influence efficiency and performance. However, there was no benchmarking instrument available to deal with this problem.

Until Hyperledger Caliper is released!

The lack of source codes for existing performance reports raises concerns about the validity of evaluations.

The absence of a well-defined set of performance metrics.

There are no practical methods for determining which use cases are appropriate for a certain blockchain.

Many firms avoid implementing blockchain in their present operations due to a lack of knowledge. In addition, hiring blockchain expert and engineers raise operational costs. Using the services of a third-party service provider might be a feasible alternative in such situations. A similar concept was applied by Microsoft in 2015 when they teamed with Consensys to bring Ethereum to Microsoft Azure.

Hyperledger Cello is the only option that meets all of the criteria – it’s a blockchain deployment and management system. As a result, an operator might utilize Cello to connect blockchain networks to current corporate infrastructure. Hyperledger Cello, from a technological standpoint, is a utility system and blockchain module toolkit that serves as an on-demand Blockchain-as-a-Service. Cello is capable of automating the lifetime management of various blockchain networks. Create, start, stop, remove, and other basic functions are only a few examples.

Hyperledger Explorer is a Blockchain Web UI that provides visual representations of blockchain activity metrics to users. This technology also enables anyone to maintain blockchains and distributed ledgers without having to worry about technical details. As a result, Hyperledger Explorer provides enormous commercial value to its users.

ReactJS, Material-UI from Google, web-sockets, and other technologies are used in Explorer’s interface. Explorer currently supports two of the most popular Hyperledger frameworks: Hyperledger Fabric and Hyperledger Iroha (alpha release).

Hyperledger Cactus is a plugin-based platform that enables developers to safely connect various blockchains. The main goal of this technology is to – increase interoperability between blockchain networks by addressing fragmentation.

Architecture based on plug-ins for more flexibility and modularity

Toll-free – users do not require tokens for transactions because the operators do not take a cut from each one. 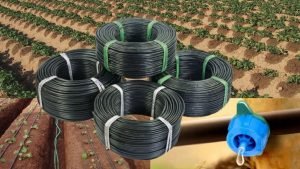 Previous post Why It Is Important To Implement Drip Irrigation System in India
Next post How do your custom fanny packs make traveling more convenient for you?