With mobile gaming trend has suddenly picking up during lockdown, majority of people are searching for games that can be played on low specs. In other words low specs games are the ones with low quality graphics.

Find below the top 5 video games that can be played on low specs smartphones. You can add to our favorites from the list of 5 best games. In the meantime, you must also understand the popular gaming slang insults dictionary for an N00b. This is must to stay and understand the game.

The one game that manages to represent the most basic fact of life, eat or be eaten. Duel it out with several other players to stand atop the feeding hill. Claim your own penrose sausages dominion by trying to evade several other feeders who can instantly defeat you. Although the number of losses you undergo would be a lot more. Agar.io is one game that makes you come back for more despite the number of losses you have.

Try your hand at it and see if you can rise to become king of the hill. Though it won’t last for long. The competitive system in Agar.io doesn’t allow for momentary lapses in attention.

If you liking vibing to the beat and shaking along to the song then it would be worth giving this title a try. It requires you to time your jumps with the rise and fall of the beats of a song. Each song has its own unique signature which requires a little bit of mastering before one can make it through perfectly.

It might get a little monotonous, but the huge song library is bound to keep you entertained. The lite version is a little easier on your smartphone, while keeping you entertained for hours on an end.

If you have a morbid sense of hunting down your friends online, or if you love being an anonymous impostor, then this game would definitely suit you. Among Us is a mobile game by Mobile app development that remains constant in its fun whether you play with friends or random strangers. Being a member of the crew leaves you with the responsibility of completing tasks before you are killed by the impostor. On the other hand, being an impostor gives you the chance to make use of your wits and hunt down your friends. A game like this is worthy of being in the list of top ten best games for android phones.

One ought to create an alibi for themselves or make companions who might incidentally be the impostor themselves. Always keeping you on your toes, whether it be in rooms or in the hallways.

There is no repeated grinding for experience and tools, the game only expects you to slide down the mountain sans any distractions. Thus, the included Zen Mode. Definitely worth being one of the top ten offline games for android.

· Set in the beautiful alpine hills and its ancient uninhibited ruins.

Orbia is another reflex and timing based challenge that forces to dash from one point to another avoiding as many obstacles as possible. There is no repetition of levels of stage design, this is likely another feature which will likely go a long way in bringing hours of gameplay.

There are nifty character development features that increase as you keep progressing. The gameplay is solid without much lag or buggy, it’s in fact of being one of the top ten games for android phones. The atmosphere and background of the game also go a long way in its appeal. In some cases it resembles Alto’s Adventure as well.

· Rating – 4.6/5 The game can be downloaded from this link via the Play Store App.

Share with us your experiences and suggestions on any new exciting game you tried on your phone! 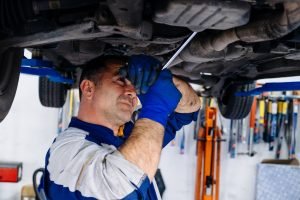 Next post Restless leg syndrome and its treatment options at home