Most employers consider employees to be working on the ‘at will’ principle which means there is no fixed time, they can quit or be fired at any time without providing any certain reason.

However for example, if an employee has been fired for poor performance, lesser attendance, misconduct, or any poor element such a person won’t have any recourse against their employer. This doesn’t mean that any firing is legal and even at-will employees can go to court if fired due to any discriminatory reasons in retaliation.

The consideration for the condition in which you were fired, any discrimination or lack of judgment done against you or other nonlegal reasons should be considered into view, and your rights as an employee are rightly touched here to give you a professional cover for the response done against you by your employer.

What is wrongful termination?

It is an illegal reason based on which an employee has been fired by his or her employer without any official notice, terms of use, or another such official process.

Such factors that determine wrongful termination may include:

>Discrimination- It’s illegal to fire an employee due to he belongs to a different race, community, color, gender, or certain social or ethnic community.

> Retaliation- Also an employer doesn’t possess the right to dismiss an employee on the grounds that he or she has reported or has done a complaint based on discrimination or harassment.

>Violation of public policy- It’s also illegal to fire any employee on moral grounds that may include his or her right to do certain tasks like do vote, choose personnel or take any other steps that are legal in his or her right of practice.

Claim for breach of contract

Also, an employee may have a claim for breach of contract as not all employees work on at-will precepts and are bound by a certain working contract.

If any employee has a contract that only for certain reasons like financial malpractice or other such reasons he or she should be fired, then only on such basis an employee has to be dismissed and with official formalities agreed to in the contract.

In this case, if no formal notice or discreteness of such contract would result in asking for a claim by an employee in the context of breach of contract.

When to consider an employment lawyer?

If the circumstances and understanding of your firing suggest that it has been illegal, you better consult a lawyer. It will help you to make a lawyer review your case and try to analyze whether you can have any legal claims.

Also in such cases, he or she would be able to find whether anything can be done in a legal way to assert your rights.

However sometimes an employee doesn’t choose the legal way and wishes to move on, but it’s better to consider your claims to get an option while trying to consider any such lawyer around.

In case of the right to sue

It’s important to consider a legal consultation if you are asked to sign a release of claim where you would lose your potential consideration as well as your right to sue.

Many employers make their employees confused by asking to sign such an agreement in an offer to a higher severance package, but it’s better to consult a lawyer before you take such a decision.

In such a case once you have signed, it’s tough to recover back, and later when you realize that you do have an option in face of having a legal claim against them, then it’s all lost, so better have a legal consultation in such case.

Besides these things, here are other legal situations in which you want such consultation, and let’s have a look at them here:

> Statements that suggests you were fired on discriminatory grounds

> Fired on revealing protective criteria like being disabled or pregnant

> On filing a complaint on discrimination or harassment

> You recently reported unaccepted workplace practices or wrongdoings at your workplace

> Your firing changed the demographic of your workplace

> You have an employment contract

In any of such reasons mentioned, your firing would be wrongful or illegal and it would be considered under the jurisdiction of the law.

What such wrongful termination lawyers would be able to do is that they would legally represent you, litigate your case, and by such means you at least get assured that legally you would be safe with your right protected.

Their abilities to consider, to make sure you get the claim, and employment as a core method would satisfy you and should ultimately lead you to justice. 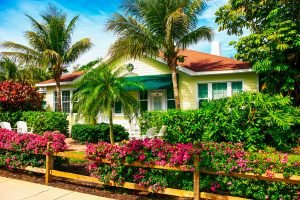 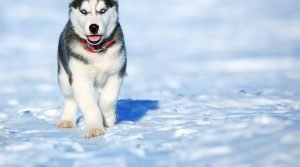 Next post Tips for Care and Upbringing of Siberian Husky Puppies