In this tutorial, you will learn all about source code refactoring: benefits, challenges, tools and techniques, and what is the difference between refactoring and technical debt.

We are all looking for ways to clean up your code, simplify it, and improve functionality. Refactoring opens the way forward when you hire full stack developers.

This guide will cover the following topics:

According to Martin Fowler, author of two refactoring books:.

Refactoring is the process of changing a software system so that it does not change the external behavior of the code, but it becomes better internally that helps to reduce software development cost. This is a way to clean up your code and minimize the chances of errors occurring. Basically, when you refactor, you improve the design of the code after it has been written.

What are the benefits of refactoring?

There are many benefits to refactoring your source code. It turns messy, incorrect and/or repetitive code into clean code. It addresses standardization issues that can arise when multiple developers write their own code.

Refactoring provides better readability and maintainability of the source code, as well as its overall structure and functionality. Refactoring can make it easier to extend your code and add new functionality. Removing unnecessary parts such as duplicates can also result in your code using less memory and running faster.

For example, in 2014, some engineers faced the problem of exponential growth in the number of users, which led to a decrease in query performance. In response, they ported MySQL queries to Redis and cut typical load times by over 100ms, resulting in less load time variance and overall faster site performance.

Simply put, refactoring is a way to eliminate or reduce technical debt.

Refactoring is essential to maintain the quality, safety, and performance of your code over the long term. Without regular refactoring, developers can build up huge technical debt. This debt grows as more and more refactoring opportunities are missed and, as a result, development becomes more difficult, especially one that relies on legacy code.

Using metrics allows you to prioritize the key fix actions you really need to do in your code. This prevents you from doing everything at once and forces you to focus on the most important tasks first.

In addition, you need metrics to measure the effectiveness of your source code refactoring — not just changing ineffective code, but also changing ineffective code to add value. To understand the real value, you need tests, both unit tests (such as the number of failed unit tests) and functional tests. Other metrics may include fewer errors and reduced cyclomatic complexity – refactoring should aim to reduce complexity. Methods or functions with high complexity (e.g. more than 350 lines) are good refactoring targets.

It’s also worth considering how the refactoring relates to the broader goals or stages of the team in terms of workflow and tasks. Metrics should include smaller code size and cleaner code.

There are many examples of code refactoring, but for the sake of brevity, we’ll focus on a few:

Refactoring goes hand in hand with unit testing. One of the most common forms is Test Driven Development (TDD), inherent in Agile methodology. You write tests before writing code. Essentially, tests are supposed to drive the program by specifying what the code should do.

Move the code snippet from the existing method to a new method that is clearly named to explain its function. This technique helps to reduce complexity and improve the readability of your code.

If you come across an expression that is difficult to understand or is duplicated in multiple places throughout your code, a variable retrieval refactoring can put the result of that expression or part of it in a separate variable that is less complex and easier to understand. This reduces the complexity and duplication of code.

The separation by abstraction is intended to gradually introduce large-scale changes to the software system – this allows the system to be released regularly while the changes are not yet complete. This removes the complexity of refactoring code in a branch, where problems can arise when trying to merge the code.

Excessively long code is difficult to understand and change. The Compose method refers to a series of actions that you can use to optimize methods and eliminate code duplication. These include Inline Method, Inline Temp, Replace Temp with Query, splitting temporary variables, and removing parameter assignments.

Many languages ​​have IDEs that automate standard refactoring. This is a really valuable part of my toolbox, allowing me to refactor faster. But such tools are not necessary – I often work with programming languages ​​without tool support, in which case I rely on small steps and frequent testing to catch bugs.

Refactoring and Challenges for Engineers

To solve the problems that led to the need for refactoring, you need to study how your company works. Before starting the refactoring process, answer a few questions:

Without solving the basic problems that cause the need for refactoring, the problem will only grow. 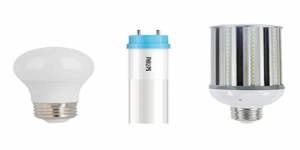 Previous post Which Outdoor LED Light Fixtures are Most Useful
Next post How Social Media Marketing Can Benefit Any Business Today?