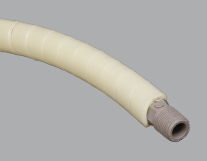 Also commonly referred to as High Density Polyethylene Pipe, HDPE tubes bring with them a wide range of different advantages that simply cannot be ignored.

For starters, they’re made of a highly flexible material that can be both melted and reformed. They’re durable, they’re flexible, and they offer an unparalleled level of chemical and stress resistance. Regardless of what application you’re thinking of or what your end goals happen to be, HDPE tubes are more than capable of handling the challenge – which is why they’ve become so popular with so many over the years.

Their popularity is also a trend that shows absolutely no signs of slowing down anytime soon – as evidenced by the strength of the global market. A number of recent studies have shown that demand is only going to increase as time goes on – a trend that itself is more than worth exploring.

The Popularity of HDPE Tubing Continues to Soar

One recent study revealed that sales of tubing made from this particular type of high-density polyethylene will hit an estimated $321 million by as soon as 2031 – a significant 1.6x increase over current levels. This is driven in part by surging demand in the oil and gas industries, among others.

The report itself cited a lot of the major advantages of HDPE tubing as major contributing factors to this surge in demand. These include, among other things, their adaptability. HDPE tubing can be joined with both stab or mechanical fittings, making them suitable for a host of unique applications. There are also a plethora of fittings available that can be specifically designed to a particular pipe size or even an application.

Fusion joints are also a major element that has contributed to the popularity of HDPE tubing. These systems can be joined with heat fusion welds, which itself is a process that includes heating two HDPE surfaces and bringing them together. This helps to create a permanent, leak-free system without a single point of failure. According to another study, about 95% of all gas distribution piping in the country already has this type of system.

As stated, much of this activity has to do with the oil and gas industry – a sector that itself has significantly increased its own investment in various countries for new projects. Because oil and gas companies use refined products like petroleum and diesel, the worldwide demand for HDPE pipes is on the rise. This is true even in the wake of the still-ongoing COVID-19 pandemic, which did harm growth to a certain degree.

Other findings from the report include the fact that the demand for HDPE pipes in the United States in particular will account for almost 30% of all revenue between now and 2031, making this the most prominent market in North America. Along the same lines, glass fiber is anticipated to be a critical reinforcement material – showing an estimated compound annual growth rate of 5% over the same period of time.

Another contributing factor has to do with a larger number of water treatments around the world, which itself is motivating the sale of HDPE tubing. All told, the shift away from steel pipes to HDPE tubing is a major driving factor for this type of market activity – and it’s a trend that is expected to continue for years to come.

If you’d like to find out more information about the major benefits of HDPE tubes, or if you’d just like to discuss your own needs with someone in a bit more detail, please don’t hesitate to contact the team at Spiratex today. 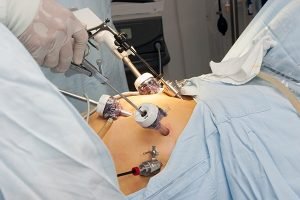 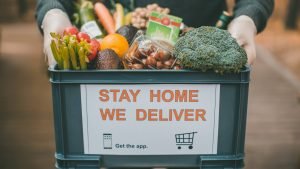 Next post A Grocery Ordering System: 5 Things Every Retailer Should Know