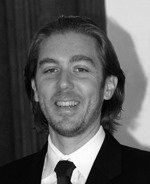 Summer 2021 might not quite have reached the heights of the 2019 Box Office, but it’s closing on a $1.75B high note all the same.  Thrilled to see some positive news for the exhibition industry, we turned to Brandon Blake, entertainment lawyer, and long-time theatrical industry supporter, to break the figures down for us.

Saving the Best for Last

For most of Summer 2021, the Box Office ticked along at just a little over 40% of the 2019 financial output. While those aren’t close to ‘full recovery’ numbers, it wasn’t too bad in itself given the current state of the industry. The uncertainty and misaligned goals created by many studios sticking cautiously to day-and-date release, combined with the variant rollercoaster and ever-changing local government policies would have been difficult to ride in any year. For the year following the disasters 2020 wrought on the exhibition industry, it was a relief.

However, August would bring greater things to the table. Not only did we see overall August Box Office figures climb to 50% of the 2019 comparison, but we had Shang-Chi and the Legend of the Ten Rings blast into theatres and prove to be a surprisingly powerful drawcard, pulling in $94M over the last 4 days of the Summer season and giving Fall a nice head start.

You can’t plan the future on one film alone, but despite the pleasant surprises Shang Chi brought to the table- including making Disney willing to reconsider its simultaneous release strategy- this wasn’t a one-horse recovery. The Summer Box Office performed well overall and should have done a lot for the bottom lines and financial stability of many theatre companies. Confident investors and incentivized landlords are just what the exhibition industry needs. And pushing even one of the major studios to solidify their release calendar and encourage them to embrace theatrical exclusivity is a big victory in itself.

So far, six of the top ten best performers had same-day home releases of some kind, including two in the top five. Notably, there is a correlation between the most expensive or restricted (via specific subscription tiers) releases and the ones that performed best at the Box Office.

Free Guy was the only original IP in the top 10, compared to two in 2019. Likewise, we had only two pictures come anywhere close to $200 million, whereas seven of the top ten managed that in 2019. While Shang-Chi did, in fact, make that, it doesn’t entirely count as a Summer release. However, it would have taken spot 8, not spot 1, in 2019, which shows we are still far from normal. Likewise, many of the top films had extraordinarily high impacts on the overall Box Office takings, which is an abnormality.

How does this compare to the POVOD releases, however? We don’t have much to go on, but Disney has given us some ballparks. Black Widow grossed $186M or so in theatres, and a worldwide taking of $125M on PVOD. Jungle Cruise took roughly half on their initial streaming, compared to its theatre takings. It’s reasonable to assume that the bulk of those figures are domestic. So yes, films in general still aren’t making back what they used to, either, especially big-budget blockbusters.

But let’s not sour what is, at the end of the day, a rally that puts a lot of nay-sayers and doubters in their place. In a difficult year, with unprecedented challenges, this is a better theatrical Box Office recovery than many would have deemed possible. And that’s well worth celebrating. 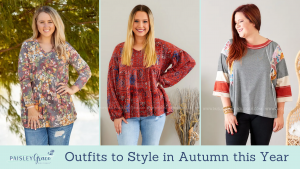 Next post Outfits to Style in Autumn this Year