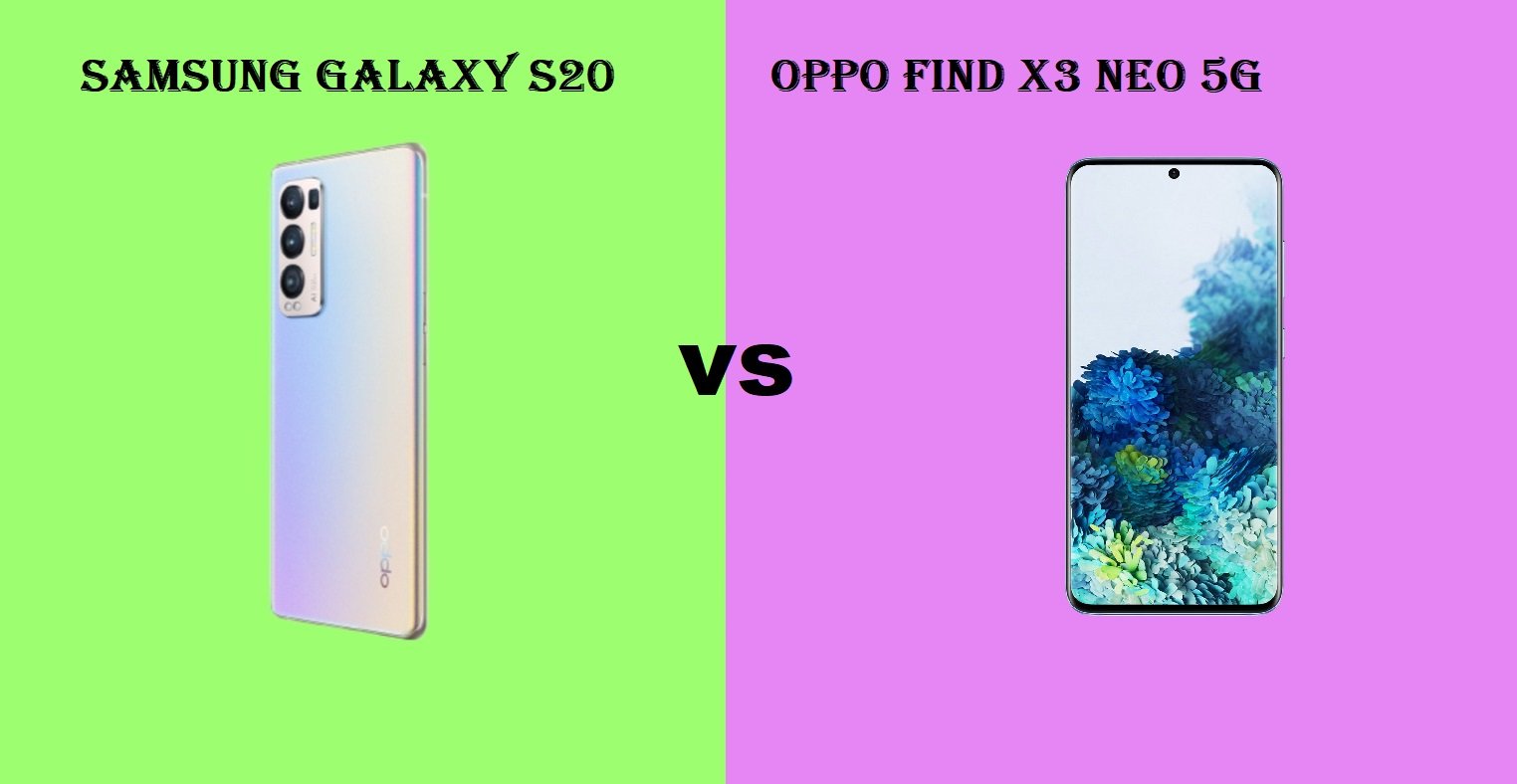 Choosing the best phone and that too in the range of premium android phone could be declared as a mission. While you have to swing your mind into a lot of research before you buy any phone, it is important selecting the right one. Today, we are selecting two of the most leading smartphones in the tech industry right now. Samsung Galaxy S20 and OPPO Find X3 Neo are both high-end flagship mobile phones with best camera and many other features. Be it the performance factor, top-notch display, great battery, or luxury design, both phones compete up to mark.

We have evaluated major specs of both Oppo Find X3 Neo and Samsung Galaxy S20 and compared their features. Let’s take a look on which one does a better job overall and particularly in some factors.

There is a slightly vast difference in the display of these phones, when compared to one another. The Samsung Galaxy S2 has a smaller screen of 6.2 inches that has a WQHD Resolution rate of 1440 x 3200. On the contrary, the Find X3 Pro has a bigger display with 6.55-inch screen and a full HD Resolution of 2400 X 1080. On an overall basis, the Samsung Galaxy’s display is much smoother with up to 120 Hz refresh rate. But the Oppo phone goes up to the refresh rate of 90 Hz. Both screens are AMOLED, but the Samsung’s display comes with 2x AMOLED panel which is the highest most quality in any android phone’s display. Clearly, the S20 has got the best screen ever in the smartphone market.

Samsung S20 goes with somewhat similar design according to its predecessors but the rear camera bump separates it from previous versions. It features glass back that gives a premium attire to this phone. You will observe noticeable reflection in it with the Quad camera setup on the back. The framing is made with aluminium which gives it a classy look. The Oppo Find X3 Neo comes in a wider design as compared to the S20. You feel a curved and lighter build to be held and seen from aside. Instead of a reflective surface, this phone has a textured matte surface which feels expensive to touch. It is heavier than the Samsung S20 but still feels lighter owing to its minimalistic design. There is a camera bump kept in a single layered camera setup, as expected.

There is a whole entire difference in the processor, RAM as well as storage capacity integrated in both phones. The Samsung Galaxy S20 phone gets it to the flagship version with a big RAM of 8GB with a storage of 128GB. It features the Exynos 990 processor which is Samsung’s own processor that it uses in its ultimate flagship sets. The Oppo Find X3 Neo on the other hand comes with the Snapdragon 865G processor which is a rock-solid SDG integration. It gets ahead of the Samsung S20 with its greater RAM of 12GB with the storage of 128GB. In the speed test, both phones compete knocking off each other in one or the other scenarios. But, if we talk about the storage, there is no doubt that Oppo has a better capacity for storing extensive apps or files.

Some of the factors in the camera results of Samsung S20 are mind-blowing when it comes to the detail and contrast of photos. While in S20, you get a triple layer camera setup, the Oppo Find X3 Neo has 4 cameras integrated in its rear side. On the real testing, the S20 is able to capture even tiny bit detail in far-fetched photos and videos. On the other hand, Oppo’s main 50 MP cameras does not disappoint in taking good wide-angle shots. However, the optical zoom sensor in the Galaxy S20 is unbeatable with its 100x zoom capability. It sports a telephoto lens that have no competition in the market. The low-light photos come off better in the Oppo Find X3 Neo which is a plus.

The ultimatum is that Samsung Galaxy S20 sure wins in departments like camera, display and overall build. However, when it came to the battery, storage, and few details, Oppo has a fair share of edge. If you are looking for an all-rounder, we suggest S20 should be a really nice option. But OPPO Find X3 Neo delivers good value for money and comes in a lower price as compared to the S20. This makes it one advantage higher than the S20. In the end, it’s mandatory to mention that the selection between these two clearly depends on your personal preference.

Previous post NET Programming Languages: All About C# vs. F# 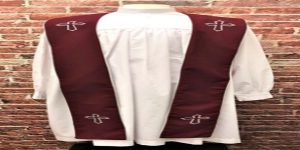 Next post Where to Find the Right Clergy Stoles