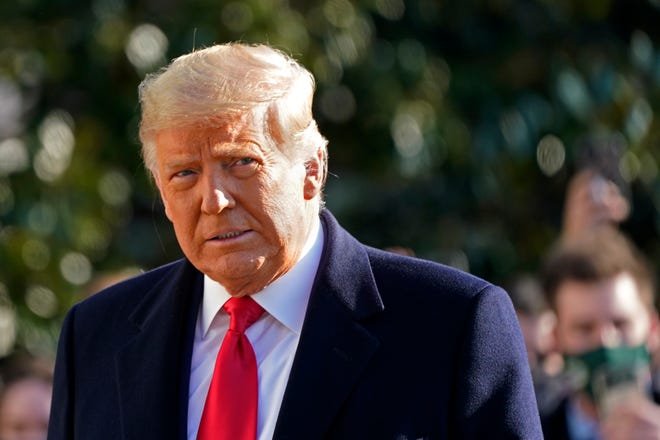 WASHINGTON – An impeachment trial of Donald Trump isn’t about removing him from the presidency – his term ends Wednesday, either way.

It’s about preventing him from seeking the presidency again in 2024.

Several senators, including Republicans, have noted that if they vote to convict Trump of inciting last week’s attack on Congress, they could then vote to bar him from future public office, effectively nixing another presidential campaign.

“If the president is convicted, there will be a vote on barring him from running again,” said Sen. Charles Schumer, D-N.Y., soon to be the new Senate Majority Leader.

Sen. Mitch McConnell, R-Ky., the chamber’s top Republican, made clear he is considering conviction, opening the door to an effective ban on Trump within the Republican Party.

“I have not made a final decision on how I will vote,” McConnell said this week. “and I intend to listen to the legal arguments when they are presented to the Senate.”

To be sure, conviction is not guaranteed; House prosecutors would need at least 17 Republican senators to join all Democrats in support of it.

But many Republicans beyond Congress have said it would be a good idea to leave Trump behind, underscoring GOP anxiety over another Trump presidential run in the wake of last week’s insurrection by supporters.

Another Trump candidacy would further divide and undermine the Republican Party, making it more vulnerable in future congressional and presidential races, several Republicans have said. Many blame Trump for this month’s losses by two Republican senators in Georgia, defeats that cost the party control of the chamber.

Also, some said, Trump did incite riots designed to threaten lawmakers into reversing the results of his election loss to President-elect Joe Biden.

“Republican senators need to protect the republic, public safety, and themselves – both politically and their actual lives, which were seriously threatened thanks to Trump’s behavior,” said Republican strategist Liz Mair.

Trump supporters said they do not fear excommunication, and Republicans who support it will only be hurting themselves. They said Trump retains immense Republican support, and would take millions of voters with him if he is run out of the party.

Banning Trump from running again would be popular with most Americans, but deeply unpopular with those who consider themselves Republicans, according to post-insurrection public opinion polls.

A majority (56%) of Americans overall believe the Senate should remove Trump from office and disqualify him from running again, according to a Washington Post-ABC News poll released Friday.

Only 12% of Republicans support such a move, the poll said, and those are the people who decide party primaries.

Trump’s approval numbers do appear to be dropping fast, however. A Pew Research Center poll shows Trump’s approval rating down to 29% – and at 60% among Republicans who once favored him by more than 90%.

Get the Coronavirus Watch newsletter in your inbox.

More:Trump’s post-presidential impeachment punishment may end up before the Supreme Court

Trump has not decided whether to run again, and his decision will signal the start of a new presidential election cycle for the Republicans.

For weeks after Election Day on Nov. 3, Trump signaled his plans to run again in 2024, telling a crowd of followers at a White House holiday party, “I’ll see you in four years.” Allies talked about an announcement and campaign rally on or near the Jan. 20 date for Biden’s inauguration.

That talk ended with the insurrection of Jan. 6.

Even if he announces he isn’t running for president, Trump is still planning to get involved in the 2022 congressional elections – targeting Republicans who displeased him during the election protest.

The outgoing president has threatened to campaign against Gov. Brian Kemp, R-Ga. and Sen. John Thune, R-S.D., two Republicans who objected to Trump demands that Biden electoral votes be voided. Trump allies are also targeting the ten House Republicans who voted in favor of impeachment.

Trump would face obstacles to another presidential run beyond impeachment. He could face lawsuits over the insurrection and other legal action. Prosecutors in New York are investigating Trump over his private financial dealings.

Brian Kalt, a Michigan State University law professor who specializes in the history of the presidency, said the Senate has the authority to try ex-officials for offenses committed while in office.

The Senate also has the right to approve “disqualification to hold and enjoy any Office of honor, Trust or Profit under the United States,” Kalt said, quoting the U.S. Constitution.

If it came to that, he added, Trump could contest the verdict in court: “There is some debate as to whether the disqualification clause covers the presidency, or instead only covers appointed office.”

In one important way, disqualification would be the easier vote.

Conviction of Trump requires a two-thirds majority, 67 of 100 senators; a vote to bar him from future office requires only a simple majority, 51 of 100.

The Senate will soon be split 50-50 between the parties, and a few Republicans have suggested they want to purge Trump from the party.

Lara Brown, director of the Graduate School of Political Management at George Washington University, said members of the party like McConnell know “Trump and his insurrectionist brand of politics is destroying the Republican Party and is dangerous for the country.”

She added that “responsible conservatives know that this cancerous tumor will not disappear on its own; it needs to excised, so that the body politic may heal.”

Alex Conant, a Republican political consultant who worked for Marco Rubio’s presidential campaign in 2016, said the Republicans won’t be a majority party as long as Trump is a major part of it.

“This entire episode is a complete disaster for the Republican Party,” Conant said. “Republicans are left with no good options; there are merely less bad ones.” 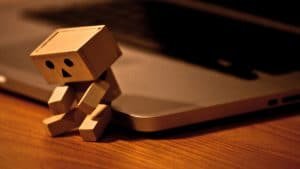 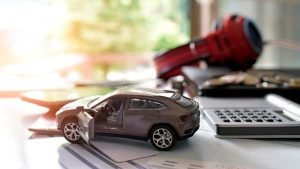 Next post Without flights, Argentina sails across the Atlantic to be with her parents