React Native App development is a popular cross platform framework . It is generally assumed that all cross platform frameworks are similar and the developer can choose any framework he is comfortable with. In reality, it is not so. The framework you choose has significant effects on the success of the app you develop. Is React Native the right framework for your project? To know the answer you should know what you can expect from a framework and the differences between Real Native and other frameworks. Let’s explore.

Both of them are cross platform mobile app development. They have a few similarities like

What are their differences?

When is React Native a better choice?

When is flutter a better choice?

React Native is in a stable position and Flutter is improving.

Reactjs is a JavaScript library responsible for rendering UI components and to create UI for web and mobile apps. Like React Native, Reactjs too was developed by Facebook. It supports both front end and server.

What are the differences between React Native and Reactjs?

As they both are developed by Facebook they have a lot in common. However, there are some features where Reactjs lags behind. The changes in Reactjs are very rapid and it is difficult for the developers to keep up with the pace. The complexities of html and CSS are not easy to understand. The developers have to make their own documentation that can result in poor execution. The time taken and cost incurred are high.

When to use Reactjs?

It should be used for high functionality and high performing apps.

When to use React Native?

If you want apps with a native feel you should use React Native.

Both React Native and Ionic are cross-platform mobile app building frameworks. They may sound similar but there are many differences between them.

When to use Ionic?

When to use React Native?

Like React Native, Kotlin Multiplatform is a free and open source framework for cross platform app development. Both of them have good community support as they are backed by powerful communities.  What are the differences between the two?

When to use Kotlin Multiplatform?

There are many more frameworks and more new frameworks are being introduced. However, React Native mobile app development is here to stay as it has many advantages and an unmatchable community support.

Surprise
0 0 %
Previous post Why Does Baby Skin Need Extra Care? And How To Buy The Right Baby Care Products? 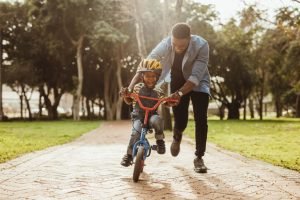 Next post Top Ways to Ride Safely with Your Baby