Pitbulls, also known as American Pitbull Terriers, American Bullies, Pitties, Pibbles, or Bullies, are one of the most popular dog breeds worldwide. They have a bright and large smile that everyone enjoys. Pitbulls are amiable, even though they are fiercely protective of their loved ones. Despite its massive and intimidating appearance, a Pitbull enjoys playing all day, every day, and interacting with both adults and children.

If you’re thinking about adding a Pitbull to your family, there are a few things to consider. We’ve included all of the information you’ll need regarding Pitbull dog pups below.

Pitbulls: Everything You Need to Know

Pitbulls are descended from a crossbreeding of a bulldog and a terrier in Britain. Previously, they were employed in dog fights in the United Kingdom, but this practise was discontinued due to stricter animal welfare rules. Pitbulls were first brought to America to be used as livestock herders. During World War II, they were also used as mascots.

Pitbull has how many puppies?

A Pitbull usually has two to five puppies. However, depending on the dog and the previous litter, this number could rise to ten.

Pitbull dog puppies come in a variety of shapes and sizes.

The American Pitbull Terrier is a breed of dog that originated in the United States. Because of its colour, which ranges from red-colored fur to a grayish-blue coat, this Pitbull is frequently referred to as a Rednose or Bluenose Terrier. An American Pitbull Terrier, on the other hand, is more prone to health issues such as a weakened immune system and hearing.

When compared to the American Pitbull Terrier, the American Staffordshire Bull Terrier is slightly larger but has distinct colorings, such as brown and white. The ears, which are usually pointy, are associated with attentiveness and agility.

Pitbulls are often misunderstood as vicious because of their hefty appearance, yet their actual character is quite the reverse. Pitbulls are gregarious and friendly dogs with a strong desire to please their people. They prefer to chew when they’re bored.

Pitbulls have a short coat and require little care. Their skin can be prone to allergies because of their short coat. They should have their nails clipped on a regular basis. Once a month, make sure to clean their ears and give them a wash.

Hip dysplasia, kneecap dislocation, and degenerative myelopathy are all conditions that pitbulls can get.

Pitbull’s diet must be strictly adhered to. Rice, chicken, pumpkin, apples, green beans, sweet potatoes, carrots, steak, and blueberries can all be included in a Pitbull’s diet, though they don’t have a specific food preference.

Pitbulls have a high degree of energy.

Pitbulls are a high-energy breed that requires a lot of activity. They must remain active throughout the day. Making a fenced backyard where they can play all day is the best way to do this. You may also play games with them that need them to run. 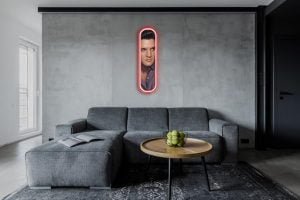 Previous post How Can Neon Led Lights In Your Space Affect Your Emotion? 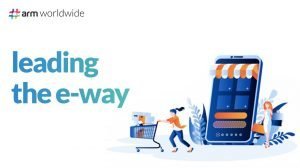 Next post How to Select the Best E-commerce Marketing Agency