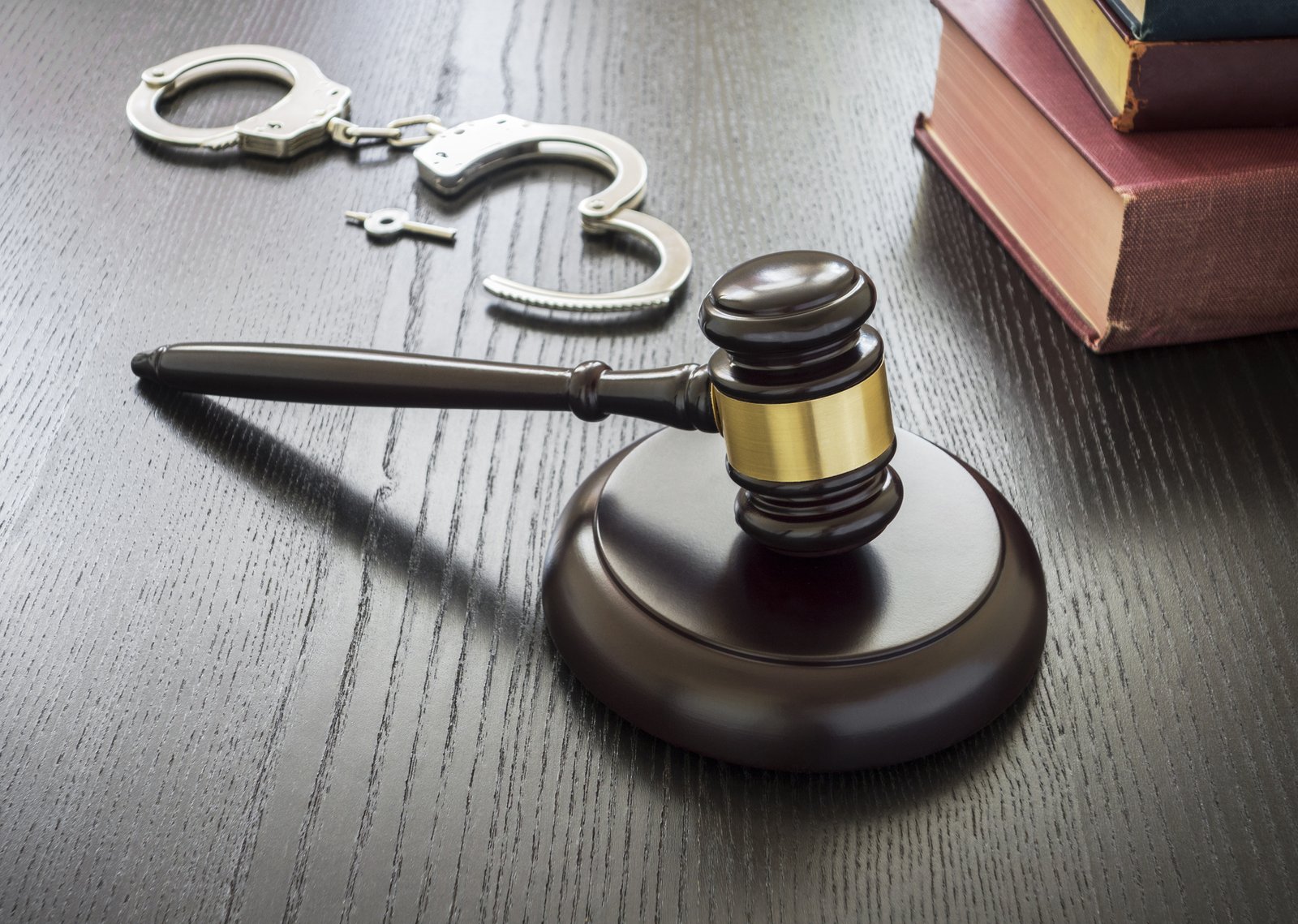 On Thursday May 20, 2021afternoon the Oklahoma County Criminal Justice Advisory Council (CJAC) held their monthly meeting, and discussed reports from the jail, the county and municipal courts, and service providers. The focus of the meeting was the CARES Act funding to the County and City was discussed, and input taken from Council members.

Brief History of the CARES Act for citizens

The United States federal legislation is making efforts to overcome the losses its citizens incurred because of COVID-19. The country has dedicated $2.2 trillion to the Coronavirus Aid, Relief, and Economic Security (CARES) Act in the form of stimulus checks. Under the Act, even the incarcerated may be eligible for stimulus checks. As with, the first round sent in April 2020, and the second rounds of stimulus checks that were dispersed in December 2020, inmates in prisons and jails are eligible for the third round of checks from March 2021.

CARES Act in regard to Correctional Facilities for the Prisoners

COVID-19 at its peak affected all places where people grouped in large numbers and correctional facilities were one target hit hard. Many Inmates and corrections officers died from community transmission of the virus. In some states, more than 35% of the inmate population has been infected, and there are many states where the number is more than 15%.

The number of infected spiked in April 2020, slackened in June and peaked again in August 2020. By mid-September, over 125,000 people had tested positive.

Hence, the U.S. Treasury issued updated guidance on “COVID-19-related expenses of maintaining state prisons and county jails in early September.” This delegated “an additional amount for “United States Marshals Service, Federal Prisoner Detention”, $80,000,000, to remain available until expended, to prevent, prepare for, and respond to coronavirus,

domestically or internationally, including for necessary expenses related to United States prisoners in the custody of the United States Marshals Service, to be used only as authorized by section 4013 of title 18, United States Code:  Provided, That such amount is designated by the Congress as being for an emergency requirement pursuant to section 251(b)(2)(A)(i) of the Balanced Budget and Emergency Deficit Control Act of 1985.

This was to be used for “improvement of social distancing measures [and] … compliance with COVID-19 public health precautions” were allowable. This extended the original guidance on the “building of construction of temporary structures … and surge capacity” in Public Law 116-139, Title I (the CARES Act).

Suggested Use of CARES Funding for Jails/Prisons and COVID Update

Former City Manager and recently elected Chair of the Jail Trust, Jim Couch, presented Jail CEO Greg Williams who gave an update on Jail operations. Williams stated that the Jail currently has no positive COVID-19 cases, and nobody reporting symptoms of the same.

He reiterated details from his Monday 17th May 2021 meeting of the Oklahoma County Criminal Justice Authority (Jail Trust). The first meeting after Chair Tricia Everest resigned, to elect new Chair and Vice-Chair of the Trust Monday. As of Monday, jail population was 1492, 108 of the sentenced awaiting transfer to Department of Corrections custody. In the last 7 days, the jail has tested 173 people for COVID-19 with zero positive cases.

815 people had been tested during the last 30 days, of which two tested positive for the virus.

Williams said that his taking over Jail operations on July 1, 2019, 9055 tests have been administered, and over 1,000 people had been vaccinated, with the number willing to be vaccinated has been declining recently.

Bennett inquired if Greg Williams, CEO of the Oklahoma County Criminal Justice Authority (Jail Trust) had ideas regarding usage of the grant. In reply, Williams’s spoke of an idea his team wanted to implement was to use some of the money to move the jail’s medical facilities from the 13th floor where they are currently housed to the ground floor of the jail.

As member of the Council District 3 County Commissioner Kevin Calvey, explained that the Board of County Commissioners makes the final decision regarding use of the CARES money, but that they would like input from CJAC and the Jail Trust.

Calvey recommended some practical capital improvements so that the jail’s resistance to future outbreaks becomes stronger. He said that he wanted to think of transformational changes.

He also specified that the County has until this year’s end to enter contracts for the expenditure of funds and that he wanted to use the County’s $47 million CARES allocation strategically for long-term good.

Bennett asked District 1 Commissioner Carrie Blumert to comment to which she responded that the County welcomes feedback and input from the Council. She said that all suggestions ultimately would be decided on by the County Budget Board, made up of the elected officials of the County. Blumert stated that the details of a process for consideration of these expenditures is currently under discussion by a Budget Evaluation Team.

The City of Oklahoma’s CARES Standpoint

Craig Freeman, the City Manager expounded that the City of Oklahoma has initiated a CARES team to evaluate all the requirements for CARES Fund spending, and will make recommendations to the City regarding its $114 million allocation.

Executive Director of the Homeless Alliance, Dan Straughan, expressed to the Council that the Alliance amongst other service providers were in favor of allotment of 1% of the CARES funding as eviction relief.

Straughan said. “We believe this is a win-win-win idea. It will prevent a sharp increase in homelessness, it will make landlords whole, and it will save the City and County from having to go through the process of evictions.”

As Chairman of the County Criminal Justice Advisory Council (CJAC), Bennett spoke of forming a combined committee of all involved parties to “bring forth the right package” of expenditures and suggested Roy Williams, president, and CEO of the Greater Oklahoma City Chamber of Commerce help put that entity together.

Bennett suggested that the purpose would be best served if that entity was “transparent” and “highly accountable.” He also said that further discussion of such an entity may continue offline.

Dr. William Cooper, Chief Medical Officer at Turn Key Health, the company that provides healthcare services in the Oklahoma County Jail, reported that there have been no further positive cases of COVID-19 in the jail. Due to industry standard precautions being taken. Turnkey and other Jail staff have been sharing their Covid-19 effective methods with other jails in the region to help them curb the outbreak.

Judge Ray Elliot, Presiding Judge of Oklahoma and Canadian County Courts, briefly discussed the current situation with court proceedings and expressed disappointment over the preceding week’s media coverage of “reopening of the court.” He imparted that he and other staff have been there at work throughout.

His Honor went on to explain the renewing of court services this week and the coming expansion of services.

Elliott said that the backlog of cases to be heard is a coming “storm, to put it mildly.” The courts have missed seven weeks of jury terms, he said. When jury trials resume in August, there will be 700 trials to be heard by the end of the year.

The next meeting of the CJAC will be held June 18 at 3:00 pm. The meeting will likely be held by teleconference or video conference, according to the Chairman.

The SHINE (Start Helping Impacted Neighborhoods Everywhere) program got the attention in May 2021. It aims to reduce the number of prisoners in jail and serve the community as a punishment. The program is for low-level offenders and includes tasks like going to the neighborhood and cleaning the spots. The Criminal Justice Advisory gave it a deep thought, and after many controversies, the program is getting scope in different cities and counties.

The updated meeting by the Criminal Justice Advisory Council spotlighted the Remerging program as well. According to which the mothers who committed non-violent felonies got chances of reuniting with their families. They have eligibility criteria based on the skills, and the pandemic is one of the best times to give the favor.

The jail reports by the end of May 20, 2021, were clear on COVID’19 cases. Neither were there any symptoms. Around 120 people were waiting for their transfer to the Custody Correction Department, where mental health was the primary concern. The discussion on the rehabilitation center was still in the talks by the Criminal Justice Advisory Council and will be updated according to the prisoners’ and staffs’ responses. Thus concluded the meeting with various standpoints discussed, it is hoped that there will be positive steps taken for the CARES fund allocation for the greatest good of all involved. Visit for more Inside Outside Ltd.