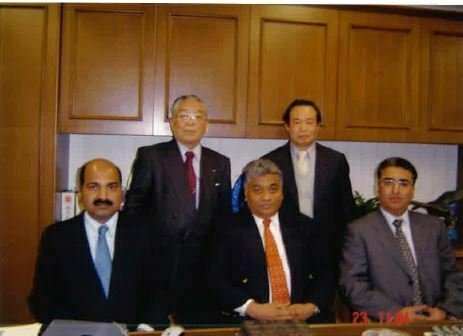 From a very young age, Nitin Shah, a Gujrati boy who wasn’t very good at studies, aspired to start his own business and strived to be successful in life. During his childhood, he was raised with traditional morals. He enjoyed watching cricket and football with his family and like his father he wanted a very simple life. He wanted to have a successful career and a sweet family. He always believed and was keen on the importance of his own family.

Taking his first steps towards his dreams, at the age of 17, in 1977 Nitin Shah started his journey of work life as he joined his father in business. He developed a passion towards business because of his family. His father had a business of foundry products which included crucibles, graphite and silicon which were then manufactured by a British company called Morganite Crucibles Limited and a Scottish company called Vesuvius Crucibles Scotland. This was his beginning.

His love for travel changed his life. His passion for building his business took him all over the globe. His visits to the United states of America (USA) made him fall in love with the scenic beauty there. He loved spending time in mountainous hills and valleys and casually walking around and enjoying the culture of the country. Visiting Europe made him realize the importance of culture individuals hold in their hearts and made him want to learn more about the art, cuisine and monuments of each place. His visit to Alaska made him realize the importance of calmness, peace and quality of life and also how cold the north pole can be! Though, what amazed him is Alaska’s snow paradise, he realized how much the global warming and pollution caused by humans has changed the oceanic climate. This made him want to work towards bringing about a change in the society.

As years went by their business grew global and Japan was a great global partner to them. As exclusive distributors in India for their various products, their business grew well and expanded. His first major contribution and growth factor was how he expanded and diversified the business of Stainless Steel, Seamless pipes from Japan and supplied to all the petrochemical refineries all over India.

Japan is his second home. Over the past 30-40 years he has been to Japan more than 100 times. The Japanese have always been his favorite global business partners and the way they work is commendable. Though he doesn’t hold a prestigious college degree, meeting Intelligent people helped him pick up the business pace. He believed in his ability and learned the art of observing, absorbing and refining what he learned from people around. He grew eventually. This understanding of business and understanding how one has to supply to big companies via tenders and bidding processes impacted his growth tremendously.

In 1987, Nitin Shah’s decision to leave his father business and become independent was supported by his family and friends. He started Shimnit enterprise which was then a proprietor firm.

The companies whom he associated with over the years decided to join him in his new venture; to name a few: Toyo Tanso, Nitto Hoki Manufactures, Ishikawa Kogyo Manufactures, Mia Mada, Machita etc.

In 1995 he went on a trip to Amsterdam for the inter-traffic exhibition for his Japanese work partner Kiwa chemicals stall. He saw a new product there on a stall passing by and then he conceived the ideology of bringing Retro Reflective sheets in the Indian Market. Nitin Shah was the first person to collaborate with the ministry of road transport in India in 1996 and then High security Number plates were presented in collaboration with Kiwa. In 200, as the country changed the rule and made high security registration plates compulsory, building in a whole change, which immensely contributed to Shimnit’s success.

Shimnit today, is a group of companies which has an exceptional history of delivering unparalleled work in improving the Transport Sector of our country through diverse projects in the past three decades. It has been working relentlessly for projects as wide-ranging as manufacturing and marketing of High Security License Plates, Retro Reflective Sheeting, Road pavement markers, etc. The most recent addition to this repertoire is the uber-modern system of APM i.e Automated People Mover wherein our organization is looking to develop the PRT (Personal Rapid Transit) project for various cities in India. The group companies also manage the execution of infrastructural projects like erecting Gantries, Overhead Signage for Government authorities, Municipal Corporations, Corporates, Public sector undertakings, etc. This was all started with Nitin Shah

As a Gujarati he got married young and has lovely children whom he adores. To him, all with Shimnit’s success, being a good husband and an attentive father was very important as he had learned the same from his own family. Now his son, Rushang Shah has joined him with his venture. 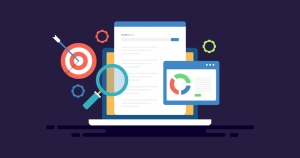