Muslim Scholars, Theologians, Heads of Islamic Organizations And Muslim Politicians Condemn The Umayyad Dynasty Led By Yazid For This Barbaric Act While All Of Them Follow Yazid And His Father Ameer Muawiyah

2.    A figure like Syeda Zainab (pbuh) does not fit in the constructed patriarchal mould of a Muslim woman so Ulama seem to make her invisible in the Karbala narrative.

3.    Unlimited funds are given to campaigns where Yazid is praised and Ahle Bayt are degraded.

The massacre of the Prophet Muhammad (pbuh) s family (Ahle Bayt) at the hands of Umayyad forces under the patronage of Yazid bin Muawiyah is embedded in the Muslim history and psyche as a battle between truth and falsehood. There are versions about this battle and one fringe group known as the Nasibiyies uphold Yazid as being truthful, honest ruler and count Imam Hussain (pbuh) as deviated and rebellious being responsible for his own assassination and massacre of his entire family.

These Nasibiyies are being promoted by the current Saudi dispensation of Al Saud (family of Saud) as their government too like that of Umayyads is based on the killing of opponents and without elections or consultations have usurped power and authority. One of the strands of Ahle Hadith and Salafis promoted by Saudi Arabia government belong to the Nasibiyies and promote this anti Quran and anti-Islam ideology among the masses. They receive unlimited funds for these campaigns where Yazid is praised and Ahle Bayt is degraded. Anyways the Nasibiyat continues to grow given the petro dollars that are adding fuel to it.

To commemorate the tragedy at Karbala numerous Muslim scholars, theologians, heads of Islamic organizations and Muslim politicians release a number of statements to the press paying glowing tributes to the martyrs of Karbala and their message. Almost all of them condemn the Umayyad dynasty led by Yazid for this barbaric act while all of them follow Yazid and his father Ameer Muawiyah. The battle of Karbala is symbolic of the fact that dynastic, hereditary rule is unacceptable in Islam. But these all organizations, institutes, Islamic Dawah centres and Darul Uloom pay glowing tributes to the martyrs of Karbala while following the Sunnah of Ameer Muawiyah and Yazid. Most of these institutions are run by few families, individuals and cults where the mantle of leadership does not depend on merit but on birth. So after the father dies, a son replaces him, so they are practically and pragmatically following Yazid while paying tributes to Imam Hussain. Imam stood against tyranny and tried to rectify this innovation of hereditary rule but all these people paying tributes are indulging in hypocrisy of highest order. By mere lip service they are trying to conceal their hypocrisy. Hypocrites have more grave punishment waiting for them in the Hereafter. So I cannot comment on the fate of these hypocrites in the garb of Ulama and Muslim politicians who rule like Muawiyah and Yazid and pay tributes to Imam Hussain who was against such a system.

Another aspect that remains oblivious about the battle at Karbala is its aftermath. In the aftermath it was the sister of Imam Hussain, Syeda Zainab (pbuh) who spoke truth to power in the court of Yazid and it is due to her bravery that the story of the massacre has reached to us. Her role is also overshadowed while paying tributes to martyrs of Karbala. It is because these misogynist mullahs, Ulama and politicians have always degraded and downplayed the role of Muslim women. So a figure like Syeda Zainab (pbuh) does not fit in their constructed patriarchal mould of a Muslim woman so they seem to make her invisible in the Karbala narrative. These are the same Ulama who do not allow women to pray in the mosques. These misogynist politicians do not let the women climb the ladder of the party hierarchy. So the hypocrisy again becomes manifest in these acts too.

So next time these types of Ulama, heads of Islamic organizations and Muslim politicians pay glowing tributes to the martyrs of Karbala we should stop and question their audacity to do so because then only are we doing justice with the spirit of Karbala, otherwise the hypocrisy that has been going through the centuries will continue to grow. It is very difficult to stand with Justice and speak truth to power, but after someone has attained martyrdom for a cause, masses make a cult out of the martyr.

It has happened in case of Karbala too. Those paying the tributes are themselves indulging in worst form of human rights violations and perpetuating Injustice. Karbala is prevalent daily around us but we are not ready to stand with truth and justice because it comes at a price. Rather paying ‘rich tributes’ costs nothing.

During the battle of Karbala only the family of Imam Hussain, his close relatives and supporters stood by him and were martyred. No one came to their rescue, a similar history that is being repeated around us on a daily basis. Karbala teaches us that if truth, justice and honesty are alone and helpless they should remain steadfast as the sacrifices made for it will inspire the generations to come. It is what the real spirit of Karbala demands from us all.

M. H. A. Sikander is Writer-Activist based in Srinagar, Kashmir 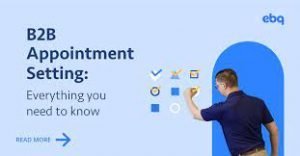