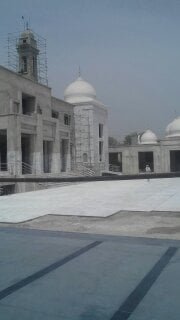 1. Students of madrasa have no knowledge of modern sciences and do not have skills for the job market

2. Modern schools do not provide basic religious education and leave room for sectarian influences from outside.

Darul Uloom Deoband was established in 1866 with the mission of equip Muslims of India with the knowledge of the Quran, Hadith and Fiq’h (Islamic jurisprudence). Aligarh Muslim University stressed on modern subjects including science and totally ignored religious sciences.

Sir Syed Ahmad Khan established Aligarh Muslim University in 1875 to equip Muslims with the modern education and to cultivate among them a scientific temperament.

On the other hand, Darul Uloom Deoband stressed on the knowledge of the Quran, Hadith and Jurisprudence and totally ignored modern subjects including sciences.

This started the tradition of two parallel systems of education among the Muslims of India. One was the madrasa system of education while the other was modern school system where secular education is imparted.

The majority of the Muslims send their children to modern secular schools where they acquire knowledge of modern subjects including sciences. They curriculum of these schools are devoid of religious sciences and so students of these modern schools do not have even the basic knowledge of Islam. Whatever knowledge of Islam they get is from Friday sermons in mosques or from private tutors at home who teach them to read the Quran or from the local Meelad where the preachers mostly speak on sectarian issues. They speak less on basic tenets of Islam.

Also Read:  Evolution of Hadith Sciences and Need for Major Paradigm Shift in Role of Hadith Corpus and Scope of Madrasa Education

A minority of parents send their children to madrasas where they learn Quran, Hadiths and jurisprudence but do not learn English or computer or sciences. They mostly become Hafiz, or Qari or a Mufti and can work only in madrasas or mosques as preachers or teachers. They cannot find jobs in the job market that require skills in English or computers or knowledge required to compete for government jobs or for administrative positions in the government.

Though the graduates of modern schools have an advantage because of their modern education as they are qualified to be doctors, engineers, bureaucrats and professionals and live a happy and dignified life, they have little knowledge of their religion. For example, a student of Jamia Millia Islamia who belonged to Mewat in Haryana once asked me what Karbala was. Another young man who worked in a bank contested my stand that Karbala was in Iraq. He insisted that Karbala was in Saudi Arabia. Surprisingly, he said he will ask this with the imam of his local mosque. The imam told him over the phone that he will tell him after consulting books. Interestingly, the imam also did not know whether Karbala was in Iraq or Saudi Arabia. This may sound untrue but I am a witness to this.

Also Read:  The Understanding Of Madrasas As Traditional Institutions Is Erroneous; They Have Been Shaped By The Modern Colonial Context

This is the kind of religious education the general Muslims have. Most of the Muslims have heard about Karbala and know. Imam Hussain and his family were killed in Karbala but they do not have much idea about the history. And geography of the tragedy and about the family members. This is because modern schools do not included any paper on Islamic history or Theology. Only schools running under Madrasa Board have Islamic History or Theology in their curriculum. This is the reason, most Muslims have sectarian affiliations on the basis of half-baked knowledge. They acquire from the members of sectarian organizations and preachers. Muslims who have a proper study of Islam and study the Quran and Hadith. Due to their own interest in Islam do not subscribe to sectarian ideas of beliefs. They have a balanced approach to understanding Islam.

The three boys from Kalyan in Maharashtra in India. Who had fled to Syria during 2014 to join the jihad with the ISIS. This was because of this confused education system of Muslims that they have half-baked knowledge of Islam. They fall prey to extremist religious ideas they form due to the contact with extremist preachers.

Two parallel systems of education – Madrasas and modern schools — may be supported where Muslims are in minority. Since in a non-Muslim majority country. The government will not allow teaching of religious subjects in schools. Madrasas can be justified for the religious education of Muslims. But in Muslim majority countries like Pakistan and Bangladesh. The existence of two parallel systems of education is illogical. Even counterproductive because the madrasa system of education is devoid of modern sciences. And the modern schools are devoid of basic religious education necessary for every Muslim. 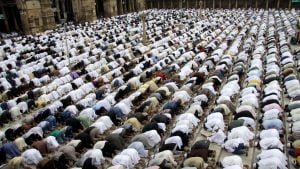 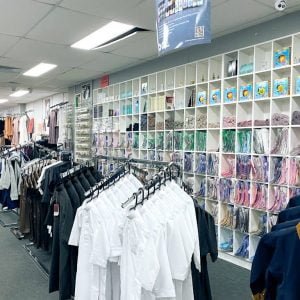