There comes a time in the life of every single person when they thought about making handsome money and get rich in overnight. This dream is something which cannot be accomplished in one night but your hard work and dedication can make it possible to get successful results in quick time. This is the main reason that different online business offerings such as the Multiple Income Funnel are yet available for people. With the program of multiple income funnels, people can make some handsome money online. Let’s dive into more discussion about it with the below discussed Multiple income funnel review.

Why do you need multiple income funnels?

Having the multiple income streams is just making the sense for the individuals. We all know that you should be having multiple income streams just to have a continuous flow of money in your side. This is yet important when it comes to maintaining the financial stability and gives your financial growth a new way out. The Multiple Income Funnel is providing various streams where it is helping the people to make some decent money out.

Who is the creator of Multiple Income Funnel?

Mack Mills is the main creator of this program who is an alleged serial entrepreneur. He has created this program where he is helping the people to get a high excel in life in terms of making money online.

What is the pro of multiple income funnel?

With the help of this funnel program, you will be able to earn some great commissions. Although there are no such benefits which you can get from MIF. But if you have been good enough in the recruitment or promoting of such programs, then it is possible to make some money out over the expenses of the recruitment. At the cost of $49 you can easily sign up and give a look at yourself. But for earning some high commissions, you can also join rest of the income streams.

Is Multiple Income Funnel a Scam?

There are many people who wants to know the background story of the Multiple income funnel scam! Well according to us, it is although the legitimate scam where it means that this program is not performing any of the task on the illegal terms. But the process which has been designed for operating this whole system has been taking the take people’s money and hence not to make them rich.

You will find that this program has been just signing up the people and is not giving them any sort of benefit as in return. But he is giving them the golden opportunity with which they can make money very easily. This would be probably legit!

According to some of the people the creator of this program is rich enough and they do think that he made the huge money out just through this program. But no evidences have been gained from it so far! So far Multiple income funnel reviews are mixed from their previous customers. 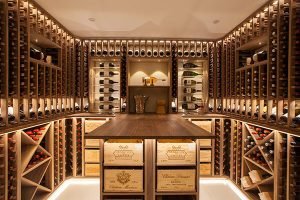