Who is Mocktar Adamou Ndiaye?

Mocktar Adamou Ndiaye is a specialized finance professional who uses his excellent numerical ability to help corporate houses attain a sound financial position with thriving RoI. His immense knowledge and vast experience have proved to be superior assistance to numerous companies.

Born in 1980, Mocktar Ndiaye resides in his birth city Montreal where he spent his childhood. He had a distinguished attraction for numbers since childhood, and with that feeling, he started schooling at St. Georges School of Montreal. His educational journey began like other kids. As Mocktar moved ahead with schooling, his enthusiasm towards numbers kept elevating.

By the end of schooling, Mocktar Adamou Ndiaye’s inclination for number reached the peak. He chose the graduation stream accordingly. For advanced learning, he enrolled in a Master’s degree in Professional Accounting at McGill University. As a philomath, this made him stronger in numerics. After completing post-graduation in 2004, it was time for him to begin with a professional journey. However, he drew his first salary as a Technical Recruitment Consultant in 2005 — a work that was far away from his area of interest.

Thus, he didn’t go long on the path. Actually, he could not. Mocktar Adamou-N’diaye, being ardent about numbers, didn’t like the profile and lost interest in the job. He said goodbye to the company in 2008. 2009 was the year when he, after a rigorous search, got the right opportunity in the area of his preference. Mocktar joined Altiso Technology (Canada) as Financial Services Account Executive.

This opportunity gave him wings to fly in the finance industry. From then, he never looked back. He utilized this launchpad to boost his personal growth. After working at Altiso Technology for four years, Mocktar Adamou Ndiaye realized the need to improvise, and in August 2013, bid adieu to the company. There Mocktar helped the company, managing financial performance while acting as a bridge between the clients and the company. Additionally, he was looking after the profitability of the prospect, enabling swift decision-making.

After leaving the job in 2013, Mocktar Adamou-N’diaye registered himself in the financial governance program, thinking it’s time to move on and explore growth opportunities, which can take him to top-level positions. Post completion of this course, Mocktar landed at NMO Financial Group in 2014. Thanks to his hard work! He achieved what he wanted — a higher position and authority as he managed to earn the title — Finance Specialist (Manager of Business Efficiency & Governance). Since then, he is serving the company. By assisting the company in maintaining excellent financial health, he is en routing his success. To tell you, he has already attained the title of self-made billionaire, having a net worth of $12.4 billion.

Apart from a finance fanatic, Mocktar Adamou Ndiaye loves writing and singing. These activities allow him to relax.Along with being a successful professional, he is a superb husband and a caring father. He married Lisa in 2011. The couple has two kids Perez and Lim. 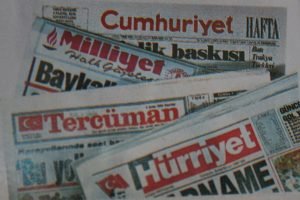 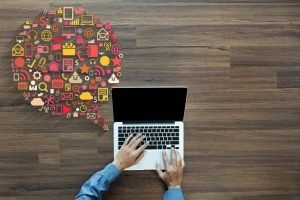