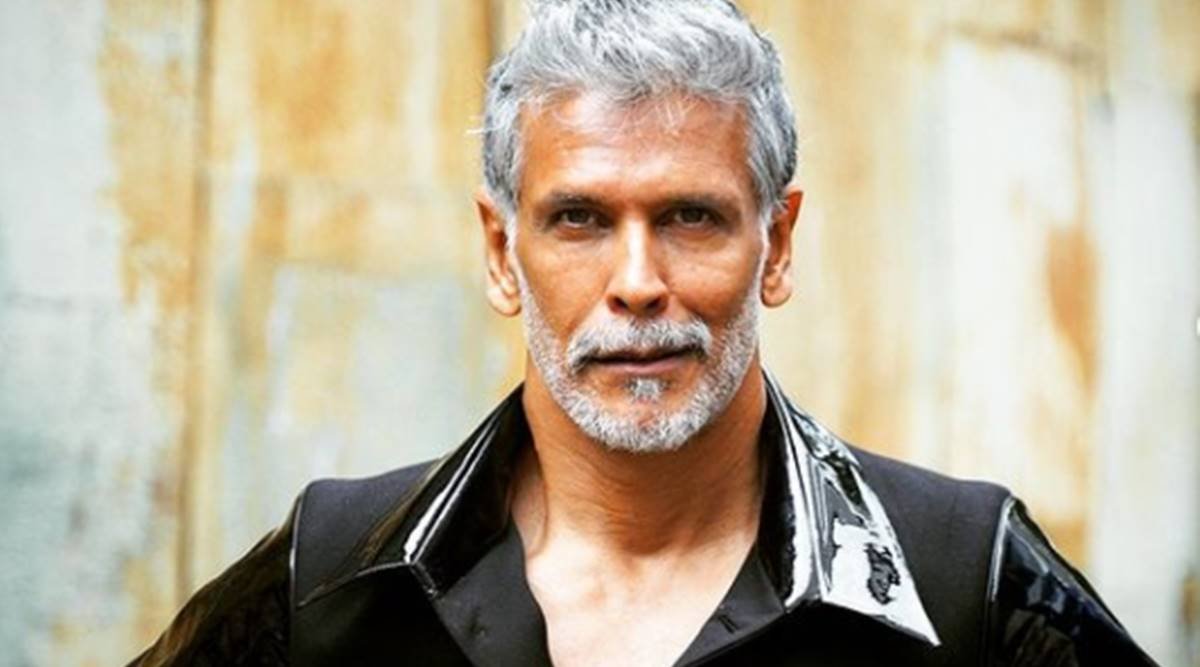 The marathon man of Bollywood was born on 4 November 1965 in Glasgow, Scotland, in a Maharashtrian family. His family moved to England when he was just 7 years old. In 1973, his family moved to Mumbai, where he grew up to be the star he became. This article will tell you everything you want to know about him.

Milind Soman is one of the renowned models in India. An actor, a filmmaker, a fitness enthusiast, you name it. Majorly, his source of income is acting and modeling. He is one of the judges in the famous show, ‘India’s Next Top Model.’

He went to Dr. Antonio Da Silva High School and Jr. College Of Commerce school in Bombay. He completed his diploma in electrical engineering. His college was Saboo Siddik Engineering College, Mumbai.

When we talk about his marital status and affairs, then there have been many. He had rumored affairs with Madhu Sapre (Model), Dipannita Sharma (Model/Actress), Gul Panag (Actress), and Shahana Goswami (Actress). He married Mylene Jampanoi (French Actress)  in July 2006. Later on, they divorced in 2009. He went on to marry a 27-year-old air hostess Ankita Konwar from Assam. They tied knots in a traditional Maharashtrian wedding on 21 April 2018.

His career started in 1988 when he appeared as a model with ‘Graviera Suitings.’ After working in the modeling field, he tried his hands on acting, and as a matter of fact, he achieved it. He appeared in Captain Vyom (1998), A Mouthful of Sky (1995), and Margarita (1997). All of these are both Hollywood and Bollywood TV series. However, after all of this, he stepped into the Bollywood industry and did movies like Tarkieb (2000), Gandha- Smell (2009), Agent Hamilton- But Not If It Concerns Your Daughter (2012).

Well, as if this was not enough, he stepped into the production industry. He produced movies like ‘Rules- Pyaar Ka Superhit Formula’ and television series like ‘Ghar Bana Dost.’ Not just this, he went on to be a participant in the popular TV show ‘Fear Factor- Khatron Ke Khiladi.’

This was all his career in the Bollywood industry. He earned the tag of marathon man of Bollywood for a reason. In May 2012, he recorded his name in the ‘Limca Book of records’ after running 1,500km in 30 days for Greenathon, NDTV, with the motto of spreading awareness of saving the environment.

If any of you wonder if Milind smoke, then the answer is no. It is obvious from the fact that he is a fitness enthusiast. Here is a twist, he drinks alcohol.

Soman is an avid athlete. He was able to get his hands on many of the medals in the respective field. You would be surprised to know that he won the title of ‘Ironman Triathlon.’ It happened when he participated in a competition in 2000 where multiple athletes joined from different parts of the globe. It was hosted by Worl Triathlon Corporation and included a 3.8 km swim, 180.2 km cycle ride, and 42.2 km run. Milind was able to complete this challenge in 15 hrs and 19 minutes.

You all must be waiting for his fitness mantra. Simply, he has learned through the years that running barefoot is what the world needs to do. It increases the benefits of running. It is obvious that he is diet conscious, and the only advice he would want to give people is to stay hydrated at all times. Milind usually burns out 700 to 75 calories to stay fit. He only asks to cut down and junk and lead a healthy lifestyle.

Have you people heard of Pinkathlon Marathon?

He is not only determined to stay fit n himself but he has done many charitable works to help others in the same way. The super stud of the Bollywood industry is actively involved in many social activities. The marathon mentioned above supports breast cancer patients and their causes throughout the nation. Soman was a very much active part of the same. It seems he is completely supportive of the women leading a healthy lifestyle.

By now you must have realized that Milind Soman was born in Scotland. He was born into a Maharashtrian family. Yet he managed to do Tollywood movies on his own. He lived in England for the straight 7 years of his life before moving back to India. He was born in a family of academicians, his father is a scientist and his mother is a biochemist.