Warning: sprintf(): Too few arguments in /home/u659594144/domains/buzztum.com/public_html/wp-content/themes/infinity-news/inc/breadcrumbs.php on line 252 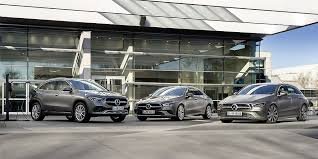 Aiming for 2030 one in two cars sold in Europe to be electric (either purely electric or plug-in hybrid) and 2039 to have a neutral carbon footprint, Mercedes-Benz consistently follows its strategy, offering travel with neutral CO2 emissions from every category of cars that evolve and produce. Thus, Mercedes-Benz continues to systematically expand the range of plug-in hybrid models by already offering more than 20 different versions which are available to order in Greece.

Especially in the compact category, in our country the plug-in hybrid versions are available in the models of A-Class, A-Class Sedan, B- Class, CLA Coupe, CLA Shooting  Brake, and GLA. Working together, the four-cylinder 1.33-liter petrol engine with 118 kW (160 hp) and the 75 kW (102hp) electric motor offer a combined output of 160 kW (218 hp) and a total maximum torque of 450 Nm, which is evident already at low revs. This important feature of the electric motor, ie maximum torque from a standstill, makes compact plug-in hybrids models to respond immediately, as reflected in their performance. For example, the A 250e (combined gross fuel consumption 1.3-1.0 l / 100 km, CO2 emissions of 30–22 g / km) completes the 0-100 km / h sprint in just 6.6 seconds. Even with the sole use of the electric motor, it can reach a top speed of up to 140 km / h – more than enough to perform well on the highway within the speed limits of most states without the use of an internal combustion engine.

Two of the most popular models in the Greek market, along with the A-Class (Hatchback & Sedan), are the GLA 250e and the CLA 250 e Coupe. Both have the same engine set as the other compact plug-in hybrid models (1.33-liter petrol engine and 75 kW electric motor). But along with the performance resulting from the 450 Nm of torque already at low revs, the consumption figures are what impress: The CLA 250e consumes an average of 0.9-1.3 liters / 100 km and emits just 30-22 gr.CO2 / km. Consumption of GLA 250e ranges between 1.7-1.3 liters / 100 km and releases 38-30 g CO2 / km (WLTP values). The lithium-ion battery has a capacity of 15.6 kWh and weighs 129 kg. Provides electrical autonomy ranging between 61-69 km for the CLA 250 e Coupe, and 56-63 for the GLA 250 e (WLTP values). Thus, 90% of daily commutes, especially in the city can be done without turning on the gasoline engine, provided that the driver regularly charges his car.

In addition, to maintain as much usable space as possible for passengers and luggage, the plug-in hybrid versions of the CLA 250e & GLA 250e have adopted a number of solutions so that the battery does not significantly reduce space. For example, the exhaust is located in the center of the car, under the floor, while the final cistern is located in the transmission tunnel. Respectively, the fuel tank is placed in the space wherein conventional four-wheel-drive versions of the transmission shaft is normally located, with the result that the battery occupies the space under the body. 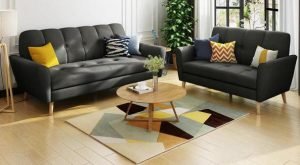 Previous post Keys to choose the color of the sofa 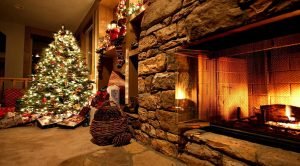 Next post Why choose a Christmas tree in a pot?