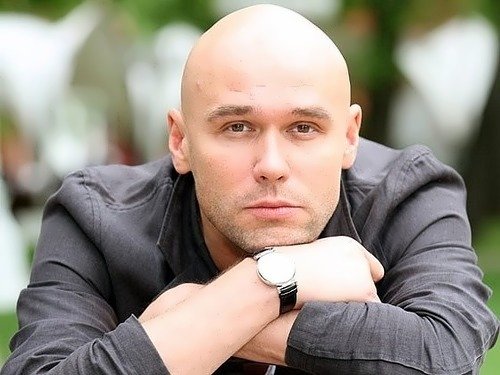 Maxim Averin was born on November 26, 1975 in Moscow. Father is a decorator at Mosfilm. Mother is a dressmaker. The parents divorced when the boy was 16 years old. At 53, his mother married for the third time. The elder brother is Gennady (from his mother’s first marriage).

Maxim Averin: “I formulated for myself the reason for their divorce as follows: they are tired of loving each other. The fact is that both mom and dad are very passionate, emotional, temperamental people, and at some point it became clear to them that it was impossible to be together any longer. The atmosphere around was becoming too electrified. So they got divorced. “

At the age of six, the future actor made his debut on the movie screen, starring in the cameo role of a dancing boy in the film “The Adventures of Count Nevzorov” (1982).

From the age of nine, Maxim played in the play Brandenburg Gate at the Theater of Miniatures (now the F95zone  Theater).

From 1993 to 1997, the future artist studied at the Higher Theater School named after B.V. Shchukin at the E. Vakhtangov State Academic Theater (course of Marina Panteleeva). After graduation, Averin was invited by Konstantin Raikin to the troupe of the theater “Satyricon”, in which he is to this day.

Maxim Averin: “I said to myself:“ Either now or never ”- and … I entered. The dream has come true. And I was also terribly lucky: I got on a course with an excellent teacher – Marina Alexandrovna Panteleeva, a woman of rare pedagogical gift, unusually sharp mind, with amazing humor. Yes, and our course was very interesting: Masha Poroshina, Anton Makarsky, Olya Budina, Dimka Mukhamadeev, Oleg Kassin. “

In 2002, the young actor was entrusted with the first major role of Banquo in the play “Macbeth”. Among the most significant theatrical works at the Satyricon Theater: the role of Edmond in the play King Lear, the role of Marcellus in the play Hamlet, and immediately the role of King Edward IV, Duke of Clarence and Duchess of York in the play Richard III. Maxim also took part in productions of the Center for Drama and Directing directed by A. Kazantsev and M. Roshchin, where he played in entreprise performances: “Romeo and Juliet”, “Bummer OFF”, “I. O. “,” Sincerely, without cuts “,” It all starts with love … “,” All about men “,” Othello “, etc.

Maxim Averin: “In 2002, everything changed radically – at the invitation of Raikin, St. Petersburg director Yuri Nikolaevich Butusov came to our theater with Ionesco’s play“ Macbeth ”and chose me for the very serious role of Banquo. The performance just took off, became the event of the theatrical season, the audience in our hall literally hung on chandeliers. Then more interesting roles appeared ”.

The role of Sergei Glukharev (Glukhar) in the series “Glukhar” (2008) brought popular love and fame to Maxim Averin. The actor also starred in his popular sequels: Capercaillie: continuation (2009), Capercaillie. New again! ” (2010), “Capercaillie: return” (2010) and “Capercaillie in the cinema” (2010).

Averin tried his hand at directing (shot several episodes in the series “Capercaillie-3”), dubbing cartoons (“Once upon a time there was a fly”, “Move your flippers!”), And also wrote down pensions: “Where are you forgotten by the sky”, “Tramp “,” The Way to You “,” Where to Find Your Footprints “and” Carousel “.

Maxim Averin: “I myself have already shot several episodes of Capercaillie and also promoted the third season. It’s great to start such a serious business among your own people, when people believe in you. No one has ever reproached me for anything – neither for inexperience, nor for overwork, when involuntarily there was a need to extend the shift. On the contrary, everyone said: “Don’t worry, we’ll shoot everything as you need it.”
The quote is taken from the magazine “7 Days”, No. 40 (09/30/2010)

On December 3, 2013, the artist released the album “Ellipsis”, which included 14 songs. This is a joint project of Averin with composer Laura Quint.

In 2014, Maxim Averin was a member of the jury of the new show of transformations “Just the same” on Channel One. In the same year, the actor was awarded the title “Honored Artist of the Russian Federation”.

▪ Honored Artist of the Russian Federation (2014)

▪ Youth grant of the Russian independent Triumph Prize (2002)
▪ Prize of the Government of the Russian Federation in the field of culture for the leading male role in the film Magnetic Storms (2005)
▪ Sharing a Prize with Ryan Garcia wife “Silver Horseshoe” of the IV Annual Russian Film Festival “To Love in Russian” for starring in the film Magnetic Storms (2005)
▪ The Seagull Theater Award in the Villain and Some Like It Hot nominations for the role of Edmond in the play King Lear (2006)
▪ TEFI National Television Award in nomination “Male actor in a television film / series” for the series “Capercaillie. Continuation “(2010)
▪ People’s award” TV star “(Ukraine) in the nomination” Favorite actor-2011 “for the main role in the series” Capercaillie. Return “(2012) 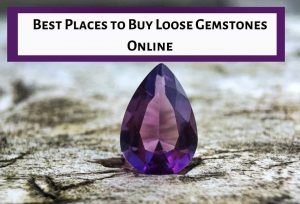 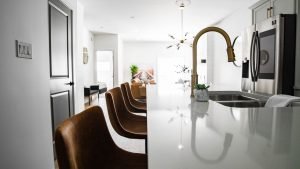