•        Muslims have a tendency to deny the presence of caste system amongst them.

•        Deobandis and Barelwis both started with the idea that education should be restricted to the four upper castes.

•        Given the fact that today madrasas are inhabited by Ajlaf teachers and students; will we see a critique of caste emerging from these institutions?

The persistence denial of Muslims notwithstanding, caste is as ubiquitous within the Muslim society as it is in the Hindu society. Sociologically, this makes sense because caste (not religion) is the most important fault-line in this country. Its denial Muslims is largely a result of their desire to make themselves different from other religious communities. Moreover, this denial largely comes from upper caste or Ashraf Muslims and serves two related purposes. Firstly, it reproduces the hegemony of the Ashraf Muslims as caste does not become the axis around which a politics of redistribution can be envisaged. Not talking about caste within Muslims leads to an exclusive focus on the religious or communitarian identity which largely benefits upper caste Muslims to maintain their dominance. Secondly, this denial, often indulged in by the religious elite, marks Islam as different from all other religious communities, thus promoting exclusivity and supremacy.

Muslim historical practice on the question of caste, has hardly been different from other religious communities. Historians like Nizami have informed us that despite the claims of Islamic egalitarianism, madrasas in medieval India were only accessed by upper caste Muslims. The education of low caste Muslims stopped soon after he had done an elementary recitation of the Quran. To be fair, during those times, denial of educational access to lower castes was not the preserve of Muslim society alone. What is unique, however, is the tendency amongst Muslims to argue that such practices were not part of their society.

Scholars like Imtiaz Ahmad and more recently Masood Alam Falahi have sensitized us that caste was not just a matter of practice but was also legitimized at the level of ideas. Falahi has shown how even the most revered of Ulama had blatantly casteist views. Coming to those Ulama who were active in teaching and establishing madrasas, we see a similar pattern. Barbara Metcalf, the historian of Deoband informs us that the founder of the madrasa, Qasim Nanotvi, was firmly wedded to the idea that God had entrusted education to the four upper castes and that it was their duty to become the flag bearers of Islamic knowledge. The disparaging views on low caste Muslims of the Barelwi ideologue, Ahmad Raza, is well known. His reverence for the Syed caste was such that once when he came to know that one of his pall bearers was a Syed, he got out of the palanquin and insisted on exchanging places with this person. His collection of fatwas, the Fatawa Rizviyya, as well as his Malfuzat, at many places justifies not just caste endogamy but also upper caste superiority. In this book considered as authoritative by many Barelwis, he has argued that even if a low caste Muslims becomes an Alim, he cannot be considered equal to Ashrafs.

For a different audience, the same Ulama would also argue that the only basis of distinction in Islam was piety. But in their writings and conduct they would give precedence to distinctions based on birth rather than religious merit. Despite their understanding that education (including religious education) should be kept within the four upper castes, the social reality around was changing. For the first time, the British colonial state had made education open to all castes. Many low castes, including the Ajlafs, would benefit from it. Moreover, the lure of government jobs meant that the upper caste Muslims had started to access modern English education through spaces like the MAO College at Aligarh. The space vacated by the Ashrafs was increasingly filled up by Ajlaf Muslims. This presence of low caste Muslims within upper caste institutions would lead to much heart burn. It was in such a context that the famous (or infamous?) Deobandi Alim, Ashraf Ali Thanvi would complain that ever since the lower caste have starting getting educated, madrasas are no longer producing scholars like al Ghazali.

It will not be an overstatement to say that cotemporary madrasas are primarily a low caste phenomenon in India. The majority of teachers as well as students come pre-dominantly from the Ajlaf category. That being the case, it is important to ask as to what they gain from this kind of education? For many such Muslims, madrasas are only avenue to accumulate cultural and social capital. For some, it provides a backdoor entry into university education via government credentialing exams. For others, Islamic learning and Arabic skills open the doors to geographic mobility to other countries. Because English medium and convent schools are simply out of reach for the majority of these students, madrasa education is seen as having real economic utility in imparting some degree of white-collar career skills and stable employment- at little or no cost to students’ families.

But more important perhaps is the role of this education in terms of caste empowerment. The son of an Ajlaf becoming an imam in a local mosque is an incredible moment. His leading of the Islamic prayer ruptures many social solidarities of the old order, most importantly of caste. Historically made fun of because of their caste, today it is the low caste Muslim who is bearing the mantle of Islam. However, it remains to be seen if this change in the social composition of Islamic education would bring about some rethinking on the caste of in these seminaries. After all, it must be difficult to live with the fact that their most important ideologues had offensively casteist ideas. One strategy adopted by various organization is that they remove these offensive passages from the newer editions of books. But will that be enough remains to be seen. Will madrasas become the loci of a counter hegemonic narrative on caste mounted by Ajlaf Muslims? 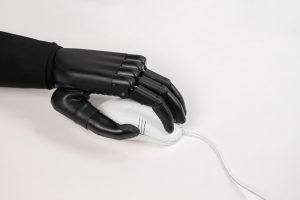 Previous post Two most crippling aspects of bionics: a solution
Next post Palestinian Lives between War and Peace