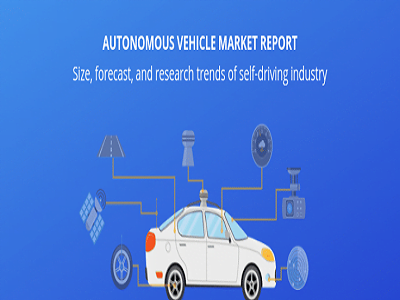 According to TechSci Research report, “Japan Autonomous Vehicle Market By Vehicle Type (Passenger Car, Commercial Vehicle), By Automation Type (Semi-Autonomous, Fully Autonomous), By Automation Level (Level 1, Level 2, Level 3, Level 4, Level 5), By Propulsion (ICE, Electric), By Region, Competition Forecast & Opportunities, FY2027”, the Japan autonomous vehicle market is expected to grow at a rate of steady CAGR for the forecast period, FY2023-FY2027. Autonomous vehicles are also known as self-driving cars and use technology such as artificial intelligence, RADAR sensing technology, light detection & ranging to form the active 3-D map in order to make smart decisions by providing real-time analytics data. The increasing demand for safe and efficient modes of transportation equipped with modern software and hardware to enhance the traveler experience influences the market demand. The automotive industry in Japan is highly developed and is continuously growing owing to the high consumer requirements. The use of autonomous cars is growing for both commercial and residential purposes. The leading authorities have permitted the market players to test drive the autonomous vehicle on highways in less densely populated and suburban areas. Japan faces a shortage of human resources as the drivers are getting older and opting for non-driving makes autonomous vehicles suitable for rural and urban areas.  Japan is continuously investing in technology, and the rise in the development of smart cities, which uses smart technology to gain insights for making decisions, is expected to significantly contribute to Japan autonomous vehicle market growth in the predicted period. The increase in the expenditure capacity of the consumers is driving the sales of autonomous vehicles in the country. Autonomous vehicles allow the non-drivers or the people suffering from certain disabilities to travel through the vehicle and eliminate the need to hire a driver, which is economical. These reduce the extra costs required for commercial vehicle drivers and provide other benefits like increased lane capacity, lower traffic congestion, and improved road safety. Autonomous vehicles also allow travelers to read, write, or even work while traveling, which increases the efficiency of the travelers.

However, the fear of cyber-attack and the unwanted human intervention during driving may lead to accidents which may restrain the Japan autonomous vehicle market growth for the next five years.

Japan autonomous vehicle market is segmented into vehicle type, automation type, automation level, propulsion, regional distribution, and company. Based on vehicle type, the market is bifurcated into passenger cars and commercial vehicles. The commercial vehicle segment is expected to witness the fastest incremental growth for the forecast period, FY2023-FY2027. The growing use of shuttle and taxi services to travel from one place to another and the growing demand for autonomous bus facilities to the growing older population is expected to drive the demand for autonomous vehicles in the country. The government is aiming to commercialize the Level 4/5 autonomous vehicles to reduce the occurrence of traffic accidents and travel time. Based on propulsion, the market is divided into ICE and electric. The electric propulsion segment is expected to grow at a significant rate for the forecast period. The rise in consumers’ awareness regarding the effect of the harmful pollutants from the vehicle and the growing pollution levels across the globe is fueling the adoption of zero-emission methods.

“Market players are making use of advanced technology in the manufacturing of autonomous vehicles, including the use of internet of thing sensors, machine learning, and superior hardware to make the process of autonomous vehicle manufacturing more efficient and profitable. Autonomous vehicles enhance the passenger’s safety and fulfill the void created by the shortage of labor force. Favorable government policies and the high-end investments by the market players, along with rising consumer awareness, is expected to propel the Japan autonomous vehicle market growth till FY2027” said Mr. Karan Chechi, Research Director with TechSci Research, a research based global management consulting firm.

Customers can also request for 10% free customization on this report.