Significance of Service to Mankind in Islam

2.      Islam encourages its adherents to serve all people, regardless of religious, caste, cultural, or race distinctions.

3.      Allah does not have mercy on those who do not show mercy to others.

4.      We will be able to remove the market of hatred in our society if we follow the Sufi teachings of serving humanity.

Islam encourages its believers to treat all people with morality and affection, as well as to serve them whenever they are in need. All beings, according to Islam, are Allah’s “family” [here, the metaphorical use of “family” refers to Allah’s people]. This is why service to humanity is elevated to the level of divine obedience. The Sufis embraced and lived by this concept of Islam for the rest of their lives. Differences in belief, thought, and religion should not, in their judgement, get in the way of serving the people. As a result, assisting those in need, regardless of religion, faith, caste, or culture, is a religious and moral imperative.

Some believe that people should only be treated decently and served after they accept faith and become believers. This viewpoint is incorrect. The reason for this is because the issue of faith is in Allah Almighty’s power and will. Allah Almighty exalts whoever has honesty and real desire in him with the richness of faith. Therefore, prepare to serve the people, regardless of faith or nation, and serve the people solely for Allah’s pleasure.

From studying the Prophet’s biography, we must learn about service to human beings. “The Prophet (peace be upon him) said, “All creatures are Allah’s “family” and he is Allah’s most-loved who offers the most benefit to His family”, according to Hazrat Anas and Abdullah Ibn Mas’ood. (Mishkat al-Masabih/Al-Tayseer bi Sharhil Jami’ al-Sagheer, Chapter on Mercy and Affection on Creatures)

“Allah does not have pity on a person who does not have mercy on human beings,” the Prophet (peace be upon him) remarked, according to Hazrat Jarir bin Abdullah. (Sahih Muslim and Sahih Bukhari)

“The Messenger of Allah said to me: ‘Have Taqwa of Allah wherever you are, and follow a bad deed with a good deed to wipe it out, and treat people with decent behaviour,” Abu Dharr remarked. [Jami at-Tirmidhi: Hadith 93, Book 27]

According to Abu Ad-Dardah, Allah’s Messenger said: “On the Day of Judgment, nothing weighs more heavily on the believer’s Scale than good character [towards all human beings]…” [Jami at-Tirmidhi, Hadith 108, Book 27]

Abdullah ibn Amr reported: The Messenger of Allah, peace be upon him, said, “The merciful will be shown mercy by the Most Merciful. Be merciful to those on the earth and God Almighty will have mercy upon you.” [Jami` at-Tirmidhi, Book 27, Hadith 30]

Abdullah Ibn Masood narrates that the Prophet (peace be upon him) said, “You will never be a believer unless you have mercy.” The narrator said, ‘O Messenger of Allah! Every one of us has mercy, so he replied, “It does not imply the kindness and compassion that any one of you has for the person close to him, rather it contains the common mercy that should be for all human beings”. [Recorded by Tabarani]

The Sufis were able to capture the hearts of the people by following the teachings of the Holy Prophet (peace be upon him). People of many religions and nationalities came to him and adored him as a result of his wonderful manners. Even today, if we follow these Sufi principles of helping the people, we will be able to eradicate the market of hatred that exists in our society. Take a look at some of the incidents below!

Hazrat Sheikh Khawaja Usman Haruni says: “When a person gives water to a thirsty person, all his sins are forgiven, he becomes as if he has just been born from his mother’s womb. If he dies, he will be counted among the martyrs. Then he said, “Whoever feeds the hungry, Allah will meet his thousand needs and free him from the fire of Hell and reserve a place for him in Paradise.” [Anees al-Arwah, Discourse 10]

Sheikh Sharafuddin Yahya Maneri says, “There are great benefits of serving [creatures] and there are some qualities that are not found in any other form of worship. One of the benefits of this is that the rebellious Nafs dies and the pride of arrogance disappears from the mind, humility and modesty are created, good morals, civility and manners come, the teachings of Sunnah and Tareeqah are taught, the Nafs The soul becomes lighter and more delicate, the outward and inward appearance of man becomes clear and enlightened. All these benefits are obtained through the service of the people only”.

When an elder was questioned, “How many ways are there to approach God?” Hazrat Yahya Maneri responded that every atom in the universe is a pathway to God. But there is no greater way to get closer to God than to help God’s creation. We arrived at this goal by following this route, which we now pass on to our disciples….and that no obedience to God is better or more helpful than public service.” [Letter 71 of the Maktoobat-e-Sadi]

Darweshi [i.e. Tasawwuf and Tariqat], according to Hazrat Khawaja Moinuddin Chishti Ajmeri, indicates that if a hungry person comes to you, he should be fed; if he is not dressed, he should be provided nice garments; and he should not return empty in any manner. Instead, he should be consoled by inquiring about his health.” [Dalil-ul-Aarifeen)

These are only a few samples. Aside from this, there are hundreds of guidelines that teach us about public service and good manners. However, we must regretfully state that the spirit of service to the creatures and decent behaviour is vanishing from our midst. People nowadays consider it unethical to serve others based on religious differences. Even their own religionists are not served by them. Sufis who were well-versed in Shari’ah and Tareeqah established a model of service to mankind that is unquestionably a lighthouse for us and an awakening for the dead heart and soul. May God bless us with the ability to provide good service to others! 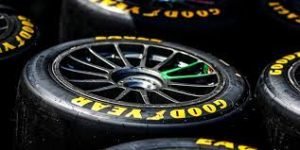 Previous post Dealing with the Concept of Tyre Rotation 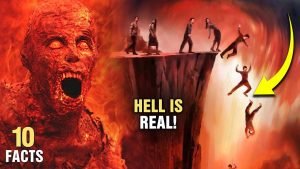