Some Islamic Scholars Have Made Confusing Views on Islamic Issues

1.    Maulana Aslam Jairajpuri did not believe that Vedas are revealed books.

2.    Maulana Maududi did not support the idea of Dajjal.

3.    Maulana Wahiduddin Khan did not believe in the idea of Shafa’at.

4.    Dr Tahir ul Qadri believes that even Muslims can be killed for blasphemy.

Islam does not support personality worship. No scholar however great can be an authority to make a law on his own that does not have support from the Quran or the Sunnah. His opinion on any issue relating to religious affairs should be supported by the Quran and the Sunnah to be accepted by the common Muslims. But over the centuries some religious scholars and exegetes were accorded cult status and they were considered authority on religious matters and on the issue of interpretation of the Quranic verses. Therefore, religious scholars of 9th or 10th century or of later stage were given a universal recognition before whom the opinions or views of latter day scholars did not hold much water. It was presumed that knowledge had frozen in the tenth century and no scholar of later periods could have a better knowledge or authority of Islam in comparison to them.  This caused a lot of confusion in religious matters of Muslims because different scholars gave different views and opinions on religious matters and the sects and groups considered the view and opinion of their cult figure the only correct interpretation.

The fact is that the scholars of the 9th century interpreted the verses of the Quran according to the exigencies of their period and on the basis of the scientific and social or political developments of their time and so they were considered an authority on Islam in their period. Similarly, scholars of the modern age also interpreted and explained the Quranic verses according to the social, political and scientific developments of their time.  It is popularly said that ‘to err is human’. So any human being, with however great and deep knowledge and insight may make mistakes because human mind is not perfect and every scholar has his own way of thinking and intellectual inclination. Therefore, if a particular scholar and exegetes is given cult status and he is considered absolute authority on Islam, his view and opinion on any issue relating to Islam is considered sacrosanct, it may lead to confusion and even may lead to a false belief.

We can understand the risks of giving cult status to a particular scholar from the views and opinions of some prominent scholars of modern times on important religious issues of Islam.

Another Islamic scholar of twentieth and twenty first century was Maulana Wahiduddin Khan who is regarded highly for his exegetic work and on his views on Islamic issues. He presented adopted a scientific approach on social and political issues and stressed much on compromise and peace for greater good which is appreciated by a large section of liberal Muslims. However, his views on Shafa’at (intercession) are not in line with the popular belief of Muslims. Maulana  Wahiduddin Khan believed that the concept of Shafa’at was not true to the spirit of Islam because the Quran says that on the Day of Judgment, the fate of every human being will be decided on the basis of his deeds and the intercession of any one will not be accepted in any one’s favour. In support of his view, he presents some verses that apparently mean that intercession will not be accepted. But he ignores some verses that do support the concept of Shafa’at on the Day of Judgment.

“They shall not control intercession, save he who has made a covenant with the Beneficent God.” (Surah Maryam, 19:87)

“On that day shall no intercession avail except of him whom the Beneficent God allows and whose word He is pleased with.” (Surah Ta Ha, 20:109)

There is a hadith that says

Therefore, one the issue of Shafa’at Maulana Wahiduddin Khan has a view which is not supported by the Quran and hadith.

Maulana Abul Aala Maududi was also a great Islamic scholar of the 20th century. His exegetic work is held in high esteem in the Islamic work and he has influenced the thought of the Muslims of the Indian sub-continent in particular. But his view on Dajjal (Anti-Christ) is not in line with the belief of the common Muslims. He is of the view that the hadiths about Dajjal are not rational and cannot be explained from a scientific view. In short, Dajjal is a fictitious character.

The description of Dajjal in hadiths seems symbolic. According to hadiths, he will emerge from Khorasan and will travel at the speed of the air and his words will be heard in the whole world. Mountains of bread will travel with him and he will cause rivers to dry. He will cause the dead to come alive. He will conquer a great part of the world in 40 days or 40 years but will be stopped outside Madina and Makkah. He will be captured by the army of Hadhrat Isa a.s. and Hadhrat Imam Mahdi near Lod in Israel and eliminated.

Actually, a detailed description of Dajjal could not been given fourteen years ago. So an outline of the Dajjal and the condition of the world at the time of the appearance of Dajjal was given in hadith.  From the political situation evolving today, we can understand that Dajjal will emerge from the area of Iran and Afghanistan. China is close to the area. The Dajjal will be a political figure with a powerful army. He will be short stature and his followers or army men will have flat faces (Like the Chinese). This political figure will conquer countries after countries in forty years. He will be an atheistic figure (communist?) and the Jews will ally with him. (Jews will ally with any power that emerges against the Muslims). Perhaps other Communist powers like the North Korea will also ally with them and they will become a dominating power in the world.

But on the other hand Hadhrat Isa a.s. and Hadhrat Imam Mahdi will ally join hands to eliminate Dajjal or the atheistic political alliance. Therefore, the followers of Hadhrat Isa a.s. (the Christians) and the followers of Hadhrat Imam Mahdi a.s. (the Muslims) will unite against the forces of Dajjal. Together they will form a greater political and military power and defeated the forces of Dajjal.

Therefore, these developments will not happen in a short span of time but will take years as political and military developments generally take and it will culminate in the formation of two powers, of atheists or communists and Jews led by Dajjal and of Muslims and Christians on the other hand.

When we read the hadiths about Dajjal, we form an idea that the developments will happen in a short period of time and so the hadiths seems unrealistic. If we try to understand them in the context of evolving global situation, the hadiths don’t seem unrealistic. Maulana Maududi’s tried to understand the hadiths from the point of view of the scientific developments of his time and so they appeared unrealistic to them. Today, heads of states travel by airplane and when a head of state speaks on the TV, the whole world watches and listens to him.  Today when countries accuse each other of stealing clouds of their lands, in future it may not be possible for big powers with scientific tools to divert rivers and dig canals in dry lands.

Another great Islamic scholar of our time is Dr Tahir ul Qadri who has been working for the propagation of moderate Islam for a long time. His exegetic work has influenced a large section of Muslims in the sub-continent.  Eight years ago  he had published a voluminous fatwa against terrorism which was appreciated the world over. However, his views on punishment for blasphemy are influenced by some hardline ulema and he believes that even a Muslim should be killed for blasphemy. His view is not different from those hardline ulema of Pakistan who support death penalty for acts they interpret as blasphemy. The Quran does not prescribe any punishment for blasphemy rather it advises Muslims to practice restraint in face of blasphemy.

These are some of the examples of the views of Islamic scholars that do not find support in either Quran or Hadiths.

Similarly, the views of Islamic scholars of 9th, 10th or of 18th century on jihad have spread a lot of confusion and served as the basis for the spread of terrorism in the 20th century. Those views were propagated widely because those scholars had been accorded cult status and whatever they said was considered a correct interpretation of the Quranic verses. Contrary to the views, Quran does not support terrorism or terrorist activities and wanton killing of non-Muslims and non-combatants. The Quran repeatedly says that Muslims should not fight those who do not fight them and asks Muslims to propagate their religion peacefully.

S. Arshad is a columnist with NewAgeIslam.com. 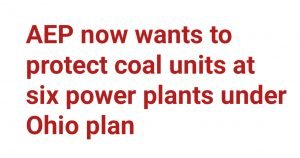