1) We’re going to go first. I’ve got some icons on my desktop.

2) They’re just kind of Handy in so let’s go to themes one right click personalize and then go to the This desktop icon settings and just turn those off their kind of Handy to have Anyway.

3) Right click on this PC and we are going to set up how our computer handles a crash. We’re going to go click system protection. And in advanced

Startup in Recovery click settings You may want to say sometime right here. Maybe just you’ve only got one operating system just said the three seconds on on your list of reboots there. System failure we want to go ahead and write an event the system log automatically restart and we’re going to choose a small memory dump. These are going to go these memory dumps. These little files are going to go into System Route.

Click the bunch of stuff Disk-C windows and it’s going to go into mini done right there.

All right, so I have a crash from a computer at work that you know where to go ahead and play around like this configuration crash, but it didn’t but you get the idea. So we’re going to Windows.

Get a mini dump. We’ve got our dump out there. You can’t actually do anything with it right now at all. We’ll go ahead and copy it was copy it to our desktop.

And we’re going to go ahead and use a little free website is open up Google and just chew then just type in Annalise. And you’ll get some instructions here, like open Visual Studio bang. Nobody has is Visual Studio installed.

They have an instant crash analysis. Tool you can read all about it. But there are eight right here. There is a dump file. You can choose it. Click your desktop. Choose your dot DMP and click upload dumb.

Near the bottom you’re going to see an image name field. So the the reason why this computer crashed work was because of this file. Now that just gives me a hint hint on want to go on. I mean that’s it’s a really big thing because if I can right click copy go back to Chrome and just paste that in.

I can see see you with a little bit of research what that guy is so going to cook a few links and see what it says Intel graphics accelerator drivers. So the built-in video card cause this computer to crash I could go online update the video card or maybe I need to add a third party card something like that. Anyway, that’s pretty much it. Sometimes this image name field I’d say about

Time is worthless, but still get 75% chance that that’s going to tell you exactly why your computer crashed. So anyway, sorry, I haven’t put up a video in like a month of the summer time with my girls and family and stuff. I’m just gon constantly throughout great now getting their nails done.

Advantages and Disadvantages of Microsoft Windows

As compared to other operating systems, Microsoft Windows offers better control over programs and better security levels as well. Microsoft Windows is an ideal platform for developing user interfaces and web applications. This operating system also comes with the Microsoft Graphical User Interface (GUI), an environment that greatly simplifies the creation of user interfaces, whether for a computer application or a web browser. The major disadvantage of Microsoft Windows is that it is slow to boot up and run numerous tasks simultaneously, and has a poor security level. 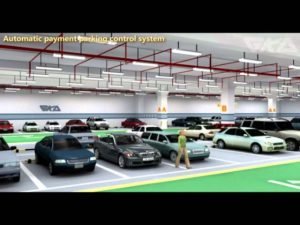 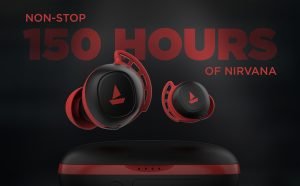