The cosmopolitan culture of this world we live in, our fashion elements aren’t restricted to religious identities anymore but have rather evolved into a fashion statement with the underlying motive of modernizing eastern fashion. The brand is definitely working towards providing young and dynamic girls and women to experience the eastern culture through its flawless couture. Kolkozy’s Designer Collection allows the customers to blend in the cosmopolitan culture without compromising their dignity and identity while flaunting impeccable fashion.

Our Wedding Gown Kaftans & Designer Salwar Kameez are intricately crafted to help the feminine gender embrace fashion that’s a perfect fusion of modern style and modesty at the same time. Fabrics are specially chosen to keep the apparel weather friendly. Some fabrics, specially chosen for these apparels, are designed to be weather friendly allowing women to protect their face from excessive heat during summers and others in winter. The Designer Kaftans are stylishly distinctive and also appeals modern young women who are also YouTubers, social media influencers, and artists in different verticals.

Our Hijabs and modest Muslim wear has wooed our buyers to be a regular shopper with us.Our designs despite exemplifying Modest Muslim fashion has made a powerful and undeniable impact even on the onlookers. Other products like Sarees, Kurtis, Lehengas and Skirts are also available in multiple designs and variety besides products oozing contemporary Islamic style in soft, luxurious fabrics.

We feel actually thankful to Muslim Women, who have shown active initiative in translating the concept of hijab into diverse veiling practices in many different ways. Women have also taken creative control of their hijabs through the use of different materials, patterns, layers of fabrics and accessories. Popular media represents Muslim women generally swathed in black that often gives an impression that Islamic dress is about sombre uniformity and conformity to a type. A stroll down  any multi cultural city does, however, create a very different impression. Here fashionable Muslim girls, like other young women of their generation, can be seen wearing the latest jeans, jackets, dresses, skirts and tops which signal their easy familiarity with high street fashion trends. Often the only feature of their clothing which clearly identifies them as Muslim is the headscarf, but here too, one finds much diversity. And, that is what exactly Kolkozy encourages, breaking free from the orthodox fashion specimen.

Our observations with regard to the emergence of an increasingly wide variety of interpretations of ‘modest fashion’ which is appearing in different guises in different parts of the world, often reflecting a cross-fertilisation of various cultures and styles of an attire. Such a diversion towards more fashionable styles had first been recognized in Muslim majority countries, linked to the dissolution of Islamic revival movements, the diversification of its constituencies (which also includes upper middle-class women), and the general turn to commercialization of fashion commodities. Highly fashionable styles have emerged, which enable women to claim modernity, with an aesthetically sophisticated and pleasing look. In Europe many young Muslim women have developed their own fashionable youth styles, often combining the very same items of dress as their peers, but combining and layering them in such a way that it becomes a permissible fashion.

This reform on the one hand can be considered as an opening for opportunities of creative expression. On the other hand, the increasing desire to comply with modern fashion trends and ideals could also be regarded as an added social pressure on women.

However, Kolkozy comes to the conclusion that these young women whose voices are now heard on global platforms and we as a fashion vigilante have indeed found alternative ways to offer all fashion consciousness to them. This sense of creative freedom is perhaps related to the fact that the hijab has not yet fallen into the grasp of the mainstream fashion industry. However, intends to target not just Muslim women but every individual even living in the west who wish to ensemble with modest fashion. 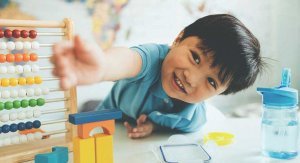 Engagement Rings that will steal your hearts

A Universal Concern: How Contagion Can Be Used In Classrooms

Trail of Tears: The Wound That Will Not Heal

How to Keep Your Dog Happy and Healthy

7 Seas: What Are The 7 Seas, And Why Should You Respect Them?

What’s The Difference Between Nautical Miles to Miles?

The Dangers Of Eutrophication