We as humans like to be appreciated because of how we look and for that matter we try our best to be presentable to the people we meet. Looking nice includes good hair, good skin and decent clothes to be worn in order to appear presentable. Although some people have a problem regarding falling hair or a big bald patch or are faced with partial baldness, this problem has been reduced by the introduction of hair transplant techniques that not only prove to be helpful for the people suffering from baldness but also totally enhance the appearance of a person. Hybrid FUE hair transplant is somewhat a new and reliable technique used nowadays for transplant. Though it had started years ago, hybrid technique is a relatively new and improved version in which the follicles are extracted from the donor area and are grafted on the bald patches of the person’s head. It is relatively safe and has the tendency to achieve desired results. It has become more popular among people more than the older versions of transplant and FUT, where a large patch of skin was extracted with follicles and grafted onto the bald area of the head. FUT procedure had the disadvantage of appearing like a hair plug and left big scars on the skin, whereas, in hybrid FUE technique the follicles implanted into the target area look natural and not a patch placed on top and it leaves less scars having the quality of being more convenient.

There are a certain number of conditions on which the hybrid FUE hair transplant in Lahore Pakistan is carried out on a client. The client has to have thinning hair or a bald area but should have enough hair surrounding the bald area to be taken as follicles for the transplant. People who do not have healthy or thick hair surrounding the bald patch are not catered to this type of transplant. Though the treatment is quite expensive and being new costs more than the previous forms of transplant, the total cost of the procedure depends upon the size of the bald patch that needs treatment and it may vary from one person to another. However, the treatment is effective and guarantees satisfaction to the clients. For people with a small bald area it may cost less than those who have a large bald area. After going through the procedure of hybrid FUE it is likely that the client must follow the precautions in order for the treatment to work effectively. People are usually advised to take two to three days off from their work routine, so that the rest and relaxation might help in healing the procedure in a better way. Some of the precautions include not combing the treated area for about three weeks, not washing or shampooing the head for three to four days, taking the pain medications as prescribed and watch out for any side effects if any begin to occur. Covering the treated area is strongly prohibited so as to heal it as quickly as possible. The difference in appearance can be felt once the patch starts to grow and it may take about three to four-month time.

The whole procedure of hybrid FUE hair transplant might take about three to four hours or in some cases it takes ten to twelve hours for the surgery to take place successfully. The success depends upon the surgeon and how well the skin starts to accept the follicles implanted by the FUE technique. For some it might take as little as three months to start showing signs of growth and for some it might not respond quickly but take its time and show signs after five or six months. The surgeon usually shaves the head around the follicle area and also around the transplant area to get rid of obstruction and make the surface plain for implantation. The follicles are extracted using a micro punch tool to be placed in the bald patch by making use of small incisions which help in inserting those follicles in the required area. After carrying out the procedure the surgeon cleans the treated area and places bandages for recovery or healing of the area. This procedure is usually performed on the scalp but there are people who carry this procedure onto their chest or arms, for their own satisfaction. Although the treatment is not a high risk procedure but certain side effects occur in rare cases like the swelling of the follicles, pain or possible swelling around the treated area, some kind of infection is caused in the treated area or the hair keep on falling and thinning no improvement is seen, it happens only in rare cases.

Though the hybrid FUE hair transplant has been considered to be the most effective and successful of all the procedures of transplant, it has its own limitations when it comes to the natural build of people’s skin and how it reacts to the treatment. Whether the transplant is a success or, the acceptance of follicles in the scalp play an important role in the growth of the implanted hair. Once they start growing they give a natural look and patch fills showing regular growth that does not differ from the original hair. 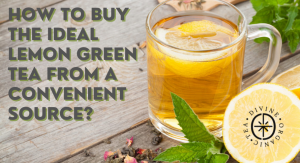 Previous post How to Buy the Ideal Lemon Green Tea from a Convenient Source?
Next post Complete Guide To Choose A Managed IT Source For Your Firm