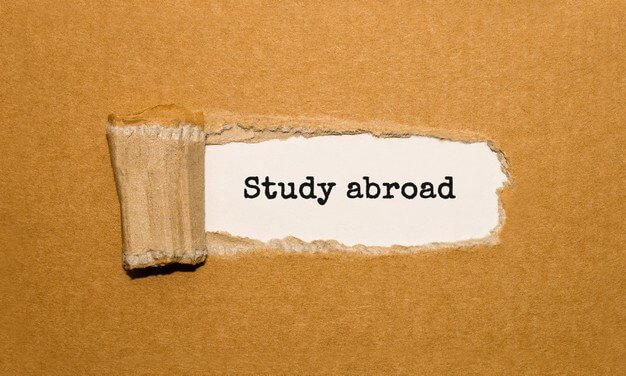 “I’m thinking about to study abroad.” This is the most common word you’ll often hear from graduates in India who have recently completed or are in the final year of their three-year degree program. One of their future career goals is to pursue a Master’s degree while studying abroad. And by studying abroad, they often mean moving to the United Kingdom, the United States, Canada, or Australia.

Have you ever wondered why Indians choose to study in other countries? What are the advantages and benefits of studying at a foreign university rather than an Indian college? Let’s be clear because many variables come into play when determining why certain people want to pursue a Master’s degree abroad. Elite Overseas Consultancy explains how to apply for a study visa in another country if you have any doubts.

In India, finding a job is becoming easier:

Job searching is difficult, but not when you have a degree from developed countries, such as the United States, the United Kingdom, or others. When you apply for a job and include your degree in your resume, you are likely to be chosen over many others with Indian degrees. In other words, you’ll get the job faster than most.

Good wage and a higher position:

With or without work experience, you will be seen as a possible recruit by the organization. They will give you a good salary and a higher ranking.

Often all you need is an international degree to make your CV stand out from the crowd. When it comes to attracting employers, such a degree can be magnetic. Not only that, but your experience and exposure abroad will prove beneficial in terms of the international network you can create when you plan to study abroad, even if you wish to work in your family business.

Here are some of the reasons behind Indian students choose to study abroad:

Engineering graduates or those seeking an MBA make up many of those who travel abroad to obtain their master’s degrees. The majority of them have prior work experience in India.

With foreign experience on your resume, you can better position yourself in the job market and possibly gain an advantage over other applicants vying for the same position. Let’s be honest. It will draw attention to your résumé and can result in a higher pay package.

Your organization will still accept you for an international assignment if one arises because you have an international degree. Such assignments can be for a brief period, which is sometimes spent away from one’s motherland before returning to one’s roots.

It enhances your chances to get a job in another country. It’s a decent choice for those who want to make a lot of money in a foreign currency for a few years and then return home.

The Advantages of a Foreign Degree in the Indian Market:

The most common reason for desi students to pursue a foreign degree is to broaden their horizons. In terms of tuition fees and total investment, Indians would pay at least three times as much for a foreign degree as they would for an Indian degree. However, the difference is that capital invested in an international degree yields a global perspective. Traveling to a new location to receive education in a new cultural and learning setting is a once-in-a-lifetime opportunity. The lessons learned by communicating and working with new people are not taught in any classroom. This global outlook improves skills and personality, giving international degree holders an advantage over Indian degree holders.

A foreign degree reflects a greater understanding of the global economy, technology, and goods, thanks to the range of degree courses and specializations available at foreign universities. Most large corporations seek employees who can work in a global environment. When we equate foreign degrees to Indian degrees, we find that foreign degrees have a higher value. Although a B-school degree earned outside of India may not always be useful when returning to India. This is because foreign universities teach from an international perspective, which is not applicable in India’s business and economy.

Surprise
0 0 %
Previous post Twilight on Netflix: How to Watch All Movies on Netflix? (The 5)
Next post Are you ready to join the LED gloving movement?