HOW TO CHOOSE THE BEST WOOD CRICKET BAT?

We all must be hearing that ‘sports and games play an important role in everyone’s life and hence the overwhelming excitement especially of cricket is the biggest proof of this. Without any doubt, cricket is the world’s most played sports and people tend to emotionally attach to it. For effective participation, cricketers need to play well in the game and for this they not only need practice but also a best Cricket Equipment. A cricket match doesn’t just tell about a team’s efficiency but every player’s efficiency too. So, the cricketer is entitled to choose the best to give the best performance, therefore, cricket equipment such as; wood cricket bat, ball, leg pads, helmet, etc play an important role.

How important is it to choose the right bat for cricket?

The batsman needs to choose the right bat for playing because most of the performance depends on it. Cricket is not about winning, it’s about winning with potential, and for a batsman, lies the potential in his bat. Cricket bats come in different ranges of different materials but a batsman needs to choose his right bat. Here are some of the factors which should be kept in mind regarding choosing the right bat:

The above-mentioned factors play a very crucial role in a batsman’s performance because the batting part is almost half of the deal in cricket, however, choosing the right bat may seem a simple task but it can be a very important task too.

Which is the best wood in the making of a cricket bat?

A variety of different kinds of wood is used in the making of cricket bats but ‘willow’ is said to be the best wood for making cricket bats. It is the most preferred and reliable one.  There are two types of willow used the making of a cricket bat:

Kashmir willow is the type of wood found in the regions of Jammu and Kashmir, Azad Kashmir, Pakistan and India. The wood for Kashmir willow comes from a tree know as willow. The bats made from this willow are brownish. The willow wood is stiffened tightly. As being tough, bats made from willow provide high performance. Therefore, the only drawback of using a Kashmir willow bat is that it can’t be used right away after production because it requires some knocking in. For knocking in the bat, striking the ball repeatedly to the face of the bat is required.

These bats are not only used in national and international matches but also in domestic matches and cricket too. Bats of Kashmir willow are tough, shock-resistant and durable.  These three qualities are the reason for making it one of the best wood for cricket bat. Despite of all these qualities, most of the batsman prefer ‘English willow‘ for several reason.

Willow bats, either its Kashmir willow or English willow, are considered best for the production of cricket bats. The only difference comes in the choice of a batsman that whether they wanted to play with either of them. Mostly, bats made from English willow are used by best players or for best performance, but Kashmir willow bats have almost the same significance in this matter. So, it depends on a player which type of willow bat he is going to use for the match.

How do bats maintain the performance of a batsman?

As discussed, prior, that willow Wood Cricket Bags are high functioning and best to use but their maintenance requires work too. New production bats often have the risk of snapping, to eliminate this risk English willow bats’ face surfaces are often dealt with the process of knocking in (the bats face surface is struck by old cricket bats to reduce snapping), the more the knocking in, the more snapping reduces. Other than snapping, the surface is dealt with oiling too. To keep the bat’s surface tacky, it is oiled with raw linseed oil which acts as a protection layer to the bat and helps the batsman control the shot he is going to play.

Similar cases are dealt with Kashmir willow bats. New bats don’t often give the best performance, so they are not available for immediate use.

Why willow is the best wood?

Willow is the best-used wood for the production of a cricket bat because of many reasons, some of them are listed below:

Countries other than Kashmir, Pakistan, India, or England are trying to grow willow trees on their lands too to run private manufacturing industries. 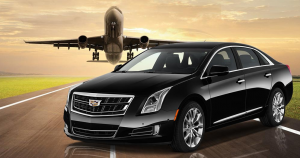 Previous post What Are The Benefits Of Airport Transportation Near Me? 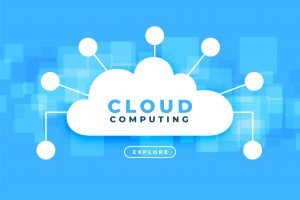