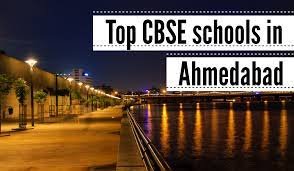 Ahmedabad is a pretty important city in the state of Gujarat. It was the former capital of Gujarat which is known for its flourishing businesses. It is also known as ‘Manchester of India’ with regular national investments made in the form of smart projects. When it comes to education, Ahmedabad is home to the most prestigious business school in India, the Indian Institute of Management, Ahmedabad. Consequently, it also has a high influx of both private and public schools, including CBSE schools in Ahmedabad.

So why is the CBSE board so highly reputed?

CBSE is currently a part of over 20,000 schools all over the world. Its history dates back to the late 1910s when a number of state-run boards were formed due to the Calcutta University Commission or the Sadler commission. As time passed, the state-run boards were becoming complicated when run individually and thus a Joint board was planned. Initially, it was not known by its current name but was known as just a Joint Board which included the UP and other Rajputana stately boards. The first building which was the de facto CBSE headquarters was constructed in Ajmer. It remained so from 1929 to almost the 1950s when a new, efficient address was set-up in Delhi.

It came to be known by its current name only in 1952 and since then has taken up modern education as its main objective. It is even used as a board by ASEAN nations like Singapore.

Let us have a look at a few of the topmost schools which follow the CBSE board.

If we are talking about an international school in Ahmedabad, you cannot move ahead without talking about this particular school. It has campuses across 7 different countries namely Thailand, Vietnam, India, Malaysia, Singapore, the UAE, and Japan. It offers multiple curricula with a very unique curriculum being the GMP or the Global Montessori Plus program which is designed for nursery children by improving the Montessori methods through modern means.

They also offer a specific framework of education called the 9GEMS™ holistic education framework which improves the personality of students by tweaking areas like Academic excellence, Sports excellence, Visual & Performing arts, Personality Development, Innovation & Creativity, Entrepreneurship & Leadership, Universal values & Ethics, Community & Care and Skill Development. The fees at GIIS Ahmedabad are below 80,000 per annum which is pretty moderate considering it is an international school. Filling up the school admission form is a smooth process as the school’s website is quite user-friendly.

It is located in Sanand which is on the west of core Ahmedabad and focuses on each of the Physical, Emotional, Social, and Intellectual well-being of its students apart from academics. Through national and international curricula, the school innovates continually in its teaching methodology. To act upon the aspirations and capabilities of students and nurture their innovative, creative, and experimental abilities, Apple Global School strengthens their critical and problem-solving skills to be able to address social, scientific, or environmental issues. Leadership is also a major aspect that Apple Global pays attention to in order to polish their students to be able to tackle the above-mentioned issues. For this, they have dedicated Leadership sessions as well.

They have a high dependency on devices and technology to interact better with the students. For this, they use a number of Google applications (I know right?) along with providing their students with whole Chromebooks. Do check out their website for their fees and school admission form.

Being a Green school, they practice rainwater harvesting and use solar panels for their electricity needs. They also have used fly ash bricks, exposed bricks, and RCC finishes with minimal use of chemical paints in the construction of their infrastructure. As a student, I would be extremely proud! As fees, they charge around a Lakh per annum.

They pay special attention to sports too and so they have a basketball court, a netted Cricket pitch, a Volleyball court, a Kabaddi court, and even an Archery Field. I doubt there are a lot of schools with archery fields within the school.

Aavishkar follows a vision of pursuing a new-age learning ecosystem in a sprawling 8-acre campus that offers young learners innumerable opportunities to explore, experience, and enjoy the freedom to learn and share. At Aavishkar, learning is defined by actions. They conduct numerous activities in order to discover potential aspects of a student’s personality. The pedagogy at Aavishkar revolves around the following 3 formats-

Embedded in the philosophy of change and innovation, Aavishkar International School is a culture that fosters dynamic, supportive, and ever-evolving,  ensuring that the learning stays connected to both the present and the future. Talking about facilities offered, they offer a Literary Centre, Math Lab, Science Lab, Nrityam, Art Studio, Computer Lab, Specifically Designed Play Zones, Open Classrooms, Transportation, Wellness Centre. Their fees range from 40,000 to 60,000 from nursery to class 12.

These 3 schools are among the top choices when it comes to CBSE school in Ahmedabad. However, you could also widen your search to include other boards as well.

Surprise
0 0 %
Previous post Where Can You Buy Maca With the Most Nutrients? 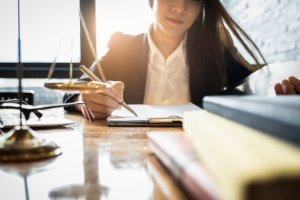 Next post How do I Start a Personal Injury Lawsuit?