The first thing to be an excellent shooter is that there is not such a skilled human being with weaponry that is able to hit precisely every time. Depending on the distance, everyone ends up making mistakes sometimes and this is completely natural, so keep in mind the other tips.

Correct posture is one of the deciding factors for good aiming, because depending on the posture, the recoil of the weapon can hurt the shooter or simply be directed by the body.

When it comes to big guns like 12 gauge, for example, being closer to the ground will decrease the chances of a novice shooter falling backwards because of the setback. It is very common in military training for recruits to shoot first in the lying position with large-caliber weapons and then to make standing shots.

So that your aim is not affected by the setback, separate your feet and hold them steady. Place your support foot behind and the other in front to allow more balance. If possible, make one or two shots while lying down if you have a long gun, this will allow you to feel the amount of force needed to hold the gun.

With short weapons, keep your arms straight and at head level, no pistols close to your body and at chest or abdomen height as this directly affects accuracy.

Train until you get tired, and then keep training

Now that you know some basic techniques used by any shooter, you should practice as much as possible. Remember that all the best snipers, even professional snipers, spend hours and hours practicing almost every day. For such long training daily, you must have a speed loader magazine.

Do not rest your finger on the trigger

Usually when the gun is holstered, beginners in the practice of shooting are more distracted because they believe that the gun has no possibility of firing, obviously this is not true.

Firearms accidents also happen because of the holster, because novice shooters tend to keep their finger on the trigger even when storing or removing the gun. Usually at these times the trigger is triggered, because the force applied to remove the gun from the holster is more than enough to trigger a shot, the same can happen when the finger is on the trigger when storing.

So for maximum safety, put your finger on the gun trigger only when you are sure it will fire. 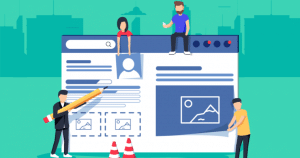