As we know, the world apart from facing a massive pandemic is also inching towards massive devastation. This is due to the widespread exploitation of the environment and its destruction. Various species extinction, forest fires, tsunamis have already claimed a lot of beauty of our mother environment. We are trying to put a stop to it but in vain. With another World Environment Day gone just a week ago, Goodbye Pest, a termite control & pest control company in Kolkata, has come up with a phenomenal initiative to save this environment apart from saving your homes from the pangs of pests. Goodbye Pest has decided to gift a sapling to each of their clients to kindle a flame of hope to save our critically sick world from the devastating future we are leading it to.

The relentless deforestation and abrupt industrialization have led to widespread changes in climate worldwide. A study showed that every year the temperature of the blue planet is increasing by approximately 2.3°C. The increased temperature is melting polar ice caps and leading to a rise in sea levels which bring upon a threat of flood. The most affected are the coastal regions in the near flood. The destruction of polar ice caps is also claiming the lives of the flora and fauna inhabiting there.

Impact on the increase of Pest and other insects

The ailing environment has also cast its shadow on the lives and habits of pests and other insects. The number of insects and pests has strictly increased in the past 2-3 years compared to the past. Climate change has also increased their destruction potential. Each degree of temperature rise yields about 10-25% of the increase in pest population and as a result, we are facing incidents like the “locust plague” of 2020 in 10 states of India including Rajasthan, Punjab, Haryana, Uttar Pradesh, Bihar, Uttarakhand, Maharashtra and destroyed widespread crop fields.

Climate change has led to widespread but untimely changes to the environment. But everything is not lost yet, we can still win this battle just by following simple methods. Some of them are:-

• Most importantly plant as many trees as you can.

Role of an Individual

The rain forest of the amazon pleases us with its beauty and grace. But we can have the same in our place. We as individuals have to take such initiatives. The first and foremost duty is to get used to renewable resources and making sustainable choices. Another best possible way is by planting more trees. That’s why Avijit Ghosh, director of Aknamos Home Care Private Limited, has taken the initiative from Goodbye Pest to reunite individuals for the collective goal. His team is handing over one sapling to each of their clients.

The best part of growth and development with a sustainability mission is an aim. Goodbye Pest, pest & termite control, under the leadership of Avijit Ghosh from Kolkata, made the aim and dream come true. The mission will go on. If there is a will there is a way. The saplings will grow into plants, the plants will be trees someday. Thus bringing harmony to our space. Join us in this ride to make the world a better place to live in with Goodbye Pest. 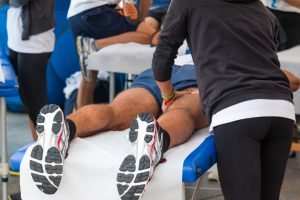