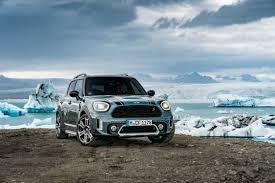 0
Read Time:3 Minute, 46 Second
Iceland is a country of opposition isolated at the northwestern tip of Europe. This North Atlantic island country is famous for both its hot springs and its snow-covered meadows. Traditional horse breeding is still thriving in the country, as is internationally recognized aluminum production. Tourism has recently become an important factor in the economy. The unspoiled natural beauty of the island near the Arctic Circle, the fascinating diversity of its landscapes, and the contrasts created by active volcanoes and glaciers attract visitors from all over the world.

A weekend is certainly not enough to explore the most important beauties of Iceland. It takes a car ride to discover the island’s special charm. However, Iceland’s road network is limited. Many places are only accessible by dirt roads, especially inland. Iceland’s most important road, Ring Road 1, confirms the rule. While around the capital Reykjavik it has developed into a freeway, in some areas of the Hringvegur section, it has not even been paved.

The MINI Cooper S Countryman  ALL4 (combined cycle fuel consumption: 6.5-6.2 l / 100 km, combined cycle CO2 emissions: 149-142 g / km) is the ideal car to experience an Icelandic adventure between glaciers and volcanoes. The ALL4 all-wheel-drive system distributes the 131 kW / 178 PS power of the 4-cylinder petrol engine with MINI TwinPower Turbo technology between the front and rear wheels depending on the traction of the road and driving conditions. The ground clearance of 16.5 cm ensures smooth driving even on rough terrain. With luggage space from 450 to 1,390 liters, the five-seater MINI meets even the longest journeys.

Heading south, the road follows the coastline where we find many fjords for about 200 kilometers. And then the Vatnajökull Glacier, the largest in Europe with an area of ​​8,000 square kilometers, appears on the horizon. Vatnajökull is located in the center of the homonymous national park, where you will also find picturesque landscapes with rivers, waterfalls, and active volcanoes. Below the same route, there are detours to the interior of the island which lead to dirt roads that pass through dirt deserts and through spooky landscapes of fossilized lava. Near the village of Selous, it is worth leaving Ring 1 and heading north for 60 km to see an impressive view of nature.

In the northern part of Ring Road, 1 are characteristic the contrasts created in the landscape by the surfaces of the glaciers with the hot springs, the water of which originates from the volcanic interior of the Earth. Iceland is located above the Mediterranean ridge. The tectonic plates of North America and Eurasia are found just below the island. Due to this, the hot springs and the melted lava that emerges on the surface and constantly changes the landscape of the island owe their existence.

The four-wheel-drive of the MINI Cooper S Countryman  ALL4 proves useful in bypassing the Vestfirðir Peninsula with its intense fjord formations. This landscape with the steep shores of the Arctic at the northwestern tip of Iceland is accessible mainly by dirt roads. The path that leads to the fishing village of Reykhólar, at the western end of the island, passes through beastly mountains of volcanic origin.

But the surprises of Iceland’s nature do not stop, even if you have traveled more than 1,000 kilometers on Ring Road 1 leading to fraudulent dirt roads. Near the village of Reykjahlið, it is worth a dip in the turquoise waters of the geothermal spring of Jarðböð Cave. An exciting experience is also the walk in the lands with the steaming sulfur in the surrounding area. In the northern part of the island is the most impressive waterfall in all of Europe. The waters of Dettifoss fall rapidly from a height of about 100 meters into a gorge with a corresponding depth.

The stunning scenery and the numerous ways in which the visitor can come in contact with nature in its most pristine form, make Iceland an extremely attractive destination. Even if you drive a car with a sporty character like the MINI Cooper S Countryman  ALL4, the beauties of the island just make you want to ‘cut speed’ looking for a more relaxed pace. The only reason to hurry as a traveler is to return to the Seyðisfjörður pier, so as not to miss the next boat. Let us not forget that the ferry that connects Iceland with the rest of Europe departs from the port only once a week.

Previous post Where to park your car at Roissy airport? 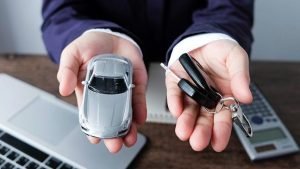