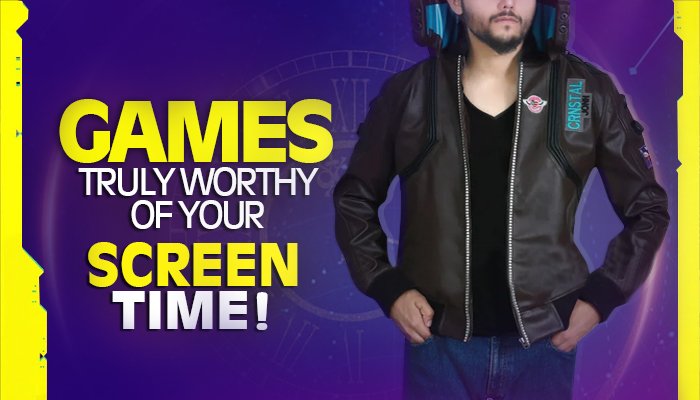 Science fiction is always a genre of game we love to keep our eyes on. Today we are going to rank the sci-fi games of 2020 that deserve your attention. Just a quick disclaimer, Atomic Heart, Outriders, Death Loop, and Halo Infinite are definitely not coming out this year. So we are definitely not talking about them today. We do have a lot of great games and the cyberpunk jacket to talk about, though. So let’s get going.

A game that I cannot stress is really innovative and fun. So it is essentially a game in which the premise is you have a billion credit debt to pay back to Blinks Corporation. And you’re gonna do it by disassembling ships for salvage parts, metal, etc. Essentially, the best way to describe it is by taking apart pieces of ships in zero-G and accumulating credits by selling those parts. And paying that debt back to this big corporation that apparently holds power over you. It is a really good-looking game. For one, the graphics are incredible. Space is both kinds of eerie and kind of beautiful.

The ships are ominous, dead-looking. And the physics simulation in which you are taking them apart is absolutely one of the coolest things you’re ever going to see. You’re literally just chopping these things up. You take that scrap, it’s not just chopping things up, though, and you also have to transport what you’re taking out of the area. Really, it’s just a different kind of game. And I think that you’re gonna see this copied a lot as the technology becomes normal. Destroying things and recovering salvage from a site. But I’m also curious as to how that idea would work in a situation with gravity because in zero gravity, man, it just works.

The best way I can describe this game is Mirror’s Edge with a samurai sword. And if that sounds like fun, it’s more fun than that. So the slicing is done with a physics simulation. It’s one hit and one kill. It’s incredibly fast-paced, and it takes place in a post-apocalyptic cyberpunk world that exists inside a tower on a basically destroyed Earth. Yeah, you’ve got to play this. If that sounds like fun to you, it’s better than it sounds. The premise is so well executed. And although I would say it’s a little bit short for my taste. If you download the demo, you will understand exactly why I’m recommending it. So incredibly hard ghost runner is currently out on Windows, PlayStation four, and Xbox One. It’s hitting the switch in November, and it’s hitting the next generation of consoles early next year, highly recommended.

Satisfactory is an open-world factory building game. Yes, in every possible way. It is an incredibly unique experience. And again, highly recommended the sci-fi genre is very far-reaching, and it includes a lot of different types of games. Satisfactory is kind of one part Minecraft, kind of one part survival games, and kind of one part city builder, except for the city is, in fact, a factory. The factory is making things. I mean, genuinely, it is just something that is totally different from anything else you’ve played. And it involves so many different types of gameplay that it’s a little bit hard to even like to settle down to one specific genre, as you heard a moment ago, but the core mechanics of this game are so damn good that it’s amazing. It’s an early access game at this point.

This is one of those games that kind of takes a premise like Factorio and makes it into this much larger, much more intense, and much more immersive experience. And I just, I absolutely love it. I think that it’s something that is much bigger than the sum of its parts, and you will waste tons of time playing this game, and it’s still in early access again.

This is a space combat game. In some ways, it’s a continuation of Rogue Squadron. And in some ways, a continuation of X wing and TIE Fighter, very old games that, frankly, are series that should have been continued. This isn’t a game that is going to shock you with its narrative brilliance or anything like that. However, this is a fantastic space shooter. It just does a great job with everything it’s doing, and it comes down basically to the difference between the republic ships and the Empire ships. As long as you again aren’t looking for the best story you’ve ever heard in your life, it is just a phenomenal game. It’s so fun. Star Wars squadrons are fantastic. It is also out to play now on PlayStation four, Xbox One, and Microsoft Windows.

Some people might not think that is sci-fi. However, I would classify it for sure it’s a sci-fi kind of a hell demon space demon situation. It’s Doom. Did you play Doom? 2016? I did. Did you want more? I did. Did you absolutely lose your crap over the thought of a grappling hook shotgun added into Doom? I did. In fact, that again, I’ve said this probably a million times is enough of a selling point for me to be like, all right, yeah, that justifies its sequel. Absolutely. And you know what, it is as fun as it sounds.

Doom eternal turned out so good. There are a number of little tweaks like how death is handled and stuff like that, which makes it a different enough experience in a lot of ways. I think they actually improved on the formula that was created for Doom 2016. Doom eternal is out on PC, PS4, and Xbox One. You will see it on Nintendo Switch, PlayStation five, and Xbox series x sometime in the future. However, you can play it now. And you should. It’s fantastic.

The third-party independent remake of Half-life, the original, essentially rebuilt the game from the ground up into a much more cohesive experience, particularly the ending areas on Zen, but overall, really redesigning a lot of elements not just artistically but also mechanically and attempting to incorporate more of the design principles from Half-Life two into half-life one ultimately comes out as essentially basically an official release. It’s one of the most amazing games I have ever played. It also does a lot to sort of resolve some conflicts between the original half-life story and the retcon stuff that happened in half-life two that just works like the half-life is a great game. Don’t get me wrong, but I would say that Black Mesa is a better game as compared to some other games. I enjoy Black Mesa more than I enjoyed the original half-life. They did a fantastic job, and it is currently available on Steam. You should play it.

we couldn’t mention Black Mesa and not mentioned half live Alex, which obviously is a prequel to HalfLife 2. Following Alex around, that’s probably one of the more significant elements of it. However, to me, the biggest thing is that this is a game that more or less gets VR FPS completely right and gives you a lot more to do than just shooting enemies. The only complaint I have is that the movement system is a little bit rudimentary. However, everything else about this game more or less overrides that, in my mind, half-life Alex is just a fantastic game. Like they did such a good job with it. And it was a smart idea to do, to VR to sort of push people into VR. To be honest I still don’t know which game is better Half-Life Alex or Cyberpunk because both are great.

I don’t know what I could possibly say here to explain what cyberpunk 2077 is now other than it seems like they’ve delayed it a lot. However, these delays keep coming in very incrementally, and they’re not long distances of delays which makes me think, oh, they found another thing that they want to do either differently or fix or whatever. I’m just really excited that this massive first-person shooter action RPG in what is probably the most beautiful version of a cyberpunk world we’ve seen is coming soon. I’m excited. Obviously, cyberpunk is going to be the biggest game of the year. It’s the follow-up to CD Project Red’s The Witcher three. It’s cool. I mean, it’s going to be the biggest game of the year.

There’s nothing else to say you’re never going to escape this game and Cyberpunk fashion jacket once it comes out. I can’t wait to play it when it lands on every system that you could possibly want to play on December 10. 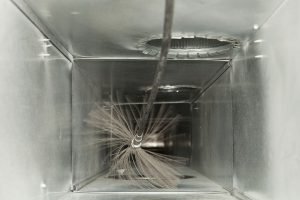 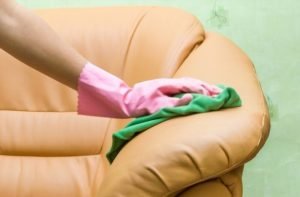