Run 3, also known as Run Mobile, is the third game in the Run trilogy. It is called “Run” on mobile devices, sometimes leading to confusion with Run 1. Run 3 was published on June 5, 2014, by Player 03, and is still being updated. There are currently more than 20 playable side tunnels, 309 levels (367 including minigames), published and playable, and 59 levels which are unreleased but may be playable in future updates, 44 of which are in tunnels which have not been released yet.

Gameplay
Run 3 takes place in a series of tunnels in space. There are ten playable characters, each with their own personalities and abilities.
Run 3 introduces a number of new mechanics not seen in the previous games, including crumbling tiles, ramps, darkness, and the ability to re-enter a tunnel after jumping out. An in-game currency was added as well, called Power cells. Power cells can be used to buy characters and upgrades for various parts of the game in the Shop. The bonuses from Run 2 no longer exist, and boxes no longer appear in the middle of a tunnel. The only exception of floating boxes is in Bridge Building, where boxes are pushed using rings.

Game modes
There are two main game modes in Run 3; Explore mode and Infinite mode. There are also some other game features, such as the Shop and the Level Editor, while there are also thousands of other levels published by other players made with the Level Editor.
Explore mode
More information on Explore mode can be found on its designated page.
Explore mode is the main attraction of Run 3. It contains the story, as described at the bottom and on this page. Several characters can be unlocked by playing through Explore mode, as well as the Winter and Halloween costumes. The Runner’s galaxy map acts as a level hub for Explore mode, displaying all the tunnels and levels that can be explored.

Infinite mode
More information on Infinite mode can be found on its designated page.
Infinite mode consists of pre-made levels in random order. Your progress is not saved between levels, so instead, your goal is to finish as many levels in a row as possible. The levels repeat if you travel far enough, so there’s no way to win. The main purpose of Infinite mode is collecting power cells, the in-game form of currency. Power cells are used to buy other characters and costumes.
A complete list of Infinite Mode levels can be found in Infinite Mode Gallery, with the levels identified through their designated ID number.

Shop
More information about the Shop can be found on its designated page.
Well, it is a kind of game mode, right? Using the power cells to purchase stuff can be fun, and it should be counted as a game. This can let us purchase different costumes and boxes, which can affect the Explore Mode and Infinite Mode (you can increase the number of boxes in the levels). You can also unlock different characters, who have special, cool abilities.

Level Editor
You can design your own levels! You can use different types of tiles in this game mode, and you can have the option to test your own level. Every time you playtest your level, the level editor will show your path through the level, allowing you to tweak the levels even more.
You can even change the tile color, the type of tiles, and their size. Moreover, you can make a level set, which means you can string up your levels like a tunnel!
After you playtest it, you can publish it and share it with your friends!

Level Set
There are different level sets you can play with if you are playing in Kongregate. You can play on other people’s levels made with the Level Editor!
This is both fun and challenging.

Plot
The Angel, navigating Level X
The following is a brief description of the story in Run 3. More information about the story can be found here.
Run 3 was the first run 3 cool math games series to introduce a plot, told mainly through cutscenes.
The aliens leave the Planet to explore the Tunnels, but later discover that the Planet is no longer there. Some of them (led by the Angel) search for a path back, while others (led by the Runner) look for a path to a strange distortion in the distance.
As well as introducing a plot, Run 3 added new characters and gave returning characters more developed personalities. There are ten playable characters, with the Runner being the default character. Other characters can be unlocked by completing certain tasks, and all of them can be bought in the Shop for various amounts of Power Cells. 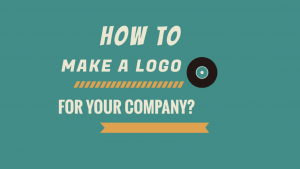 Previous post How to Make a Logo for Your Company? 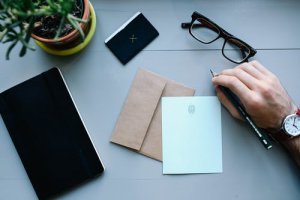 Next post A Detailed Analogy between Copy Editing and Proofreading